Oh, how I love pineapple.  And whole pineapples were on sale for 49 cents a pound at the grocery store.  Meaning this lovely lady was under 2 bucks. 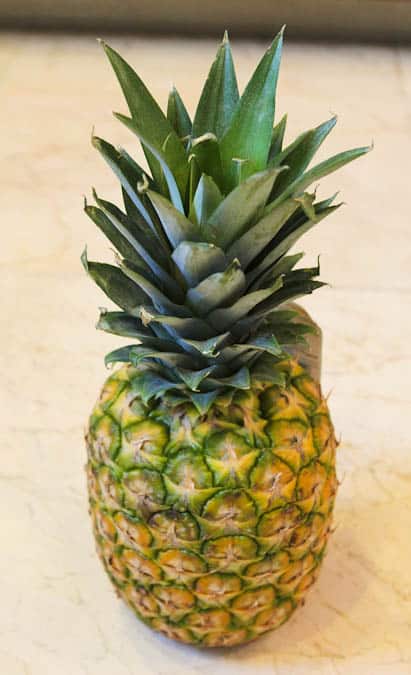 Juicy, sweet, fresh pineapple ranks right up there as one of life’s great simple pleasures. 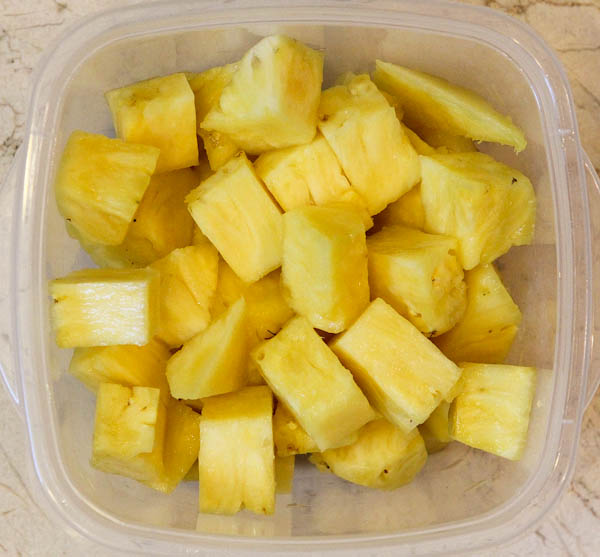 Between Skylar and I, we polished off most of that container.  That would be nearly a whole pineapple that we split. At least we’re good to go on Vitamin C. 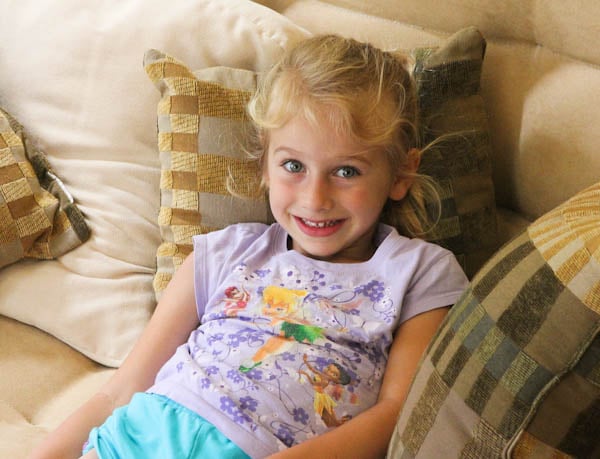 If you’ve never cleaned your own pineapple, I have a pineapple-cleaning tutorial.  It’s so easy to do and you’ll save so much money rather than buying pre-cut pineapple, which is always a little susceptible anyway.  Air + cut surfaces + bacteria = funky. 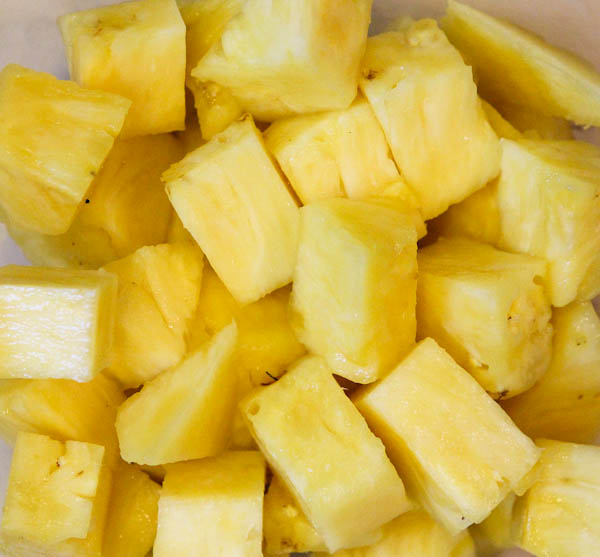 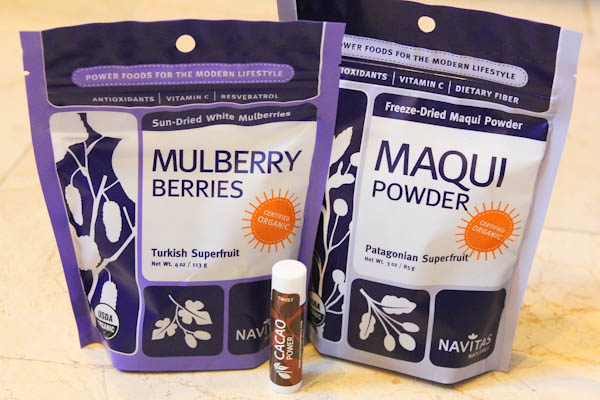 The mulberries were so tasty!  Never had mulberries? Well, they’re chewy and sweet, similar to how raisins would be, except a little more crunchy.

If you like dried fruit, you should try them and I still need to try the maqui powder.

I bet it would be good in a Purple Rain Smoothie 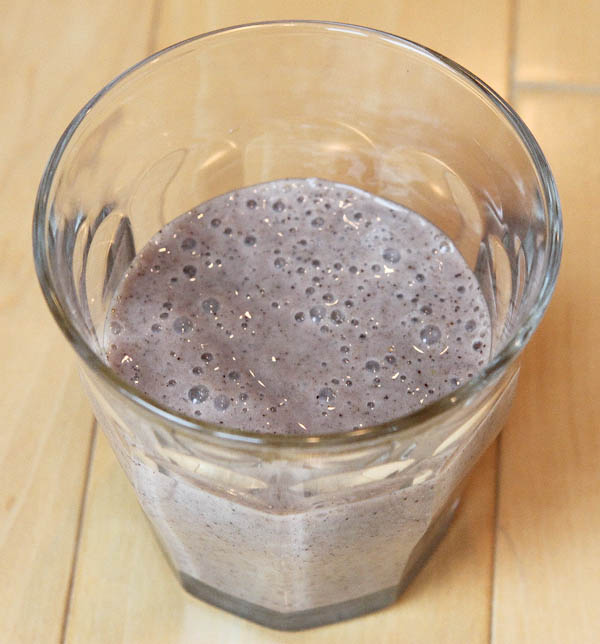 And I’ve used the Cacao Power lip balm in the past and it smells so good. 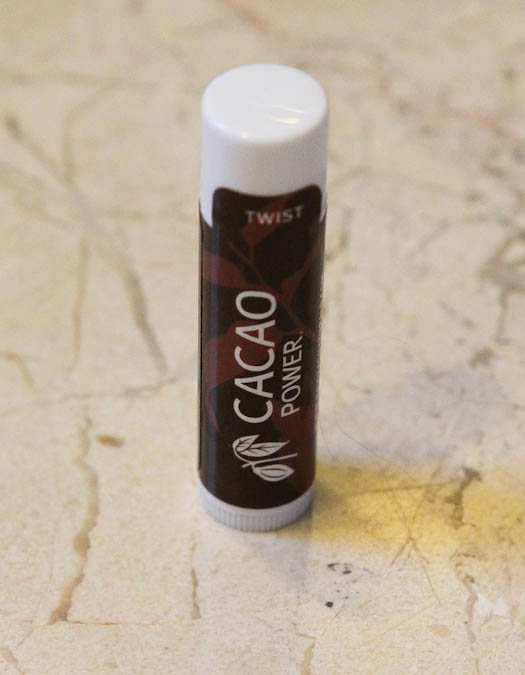 Wearing chocolate (cacao) + cacao butter on your lips =  sort of dangerous.  But it’s sure fun.

Raw Vegan Chocolate Macaoons (you can make them in the oven, too) 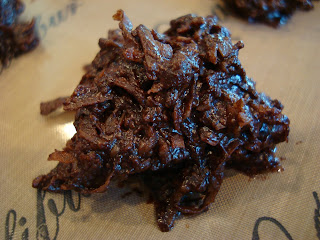 Macaroons and making them to scare me.  I thought they were so complicated to make from everything I had read in the ‘sphere.  For me and how I make them, one bowl + spoon and a half hour later in the oven, and you’ve got macaroons.  Easy. 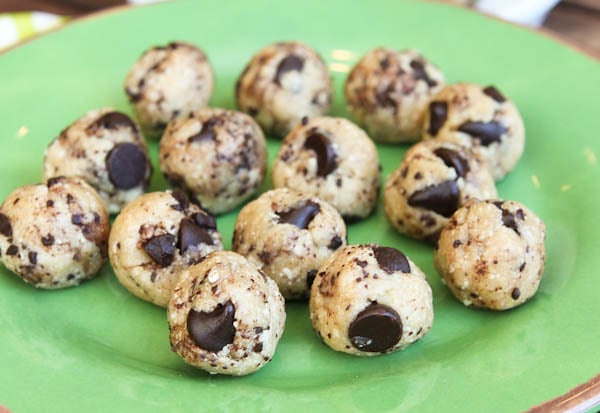 From my last post, Bamboo & Lending a Helping Hand, sounds like some of you have been lucky enough to try a few bamboo items.  I love my new clothes.  They are so soft and comfy and yes, fold-over waistbands just make life so much better.  Especially after a half of a pineapple.

And I’m so glad that we can all remember to take a minute and help each other out, too.  I have been blessed to “meet” so  many wonderful people by way of blogging and I am reminded of this time and time again when good things happen!

1. Have you ever tried mulberries?

I actually hadn’t until about six months ago and they’re not something I buy often because they are pricey, but they’re a great little splurge.

2. What have you been enjoying that’s naturally sweetened (or maybe just sweetened with a little bit of help)?

Pineapple, plums, nectarines, water melon, grapes….fruit in the summer is just delish for me.

And I’ll count these Raw Vegan Caramels filled with nut butter as naturally sweetened because they only contain 3 ingredients, and one of them is dates. 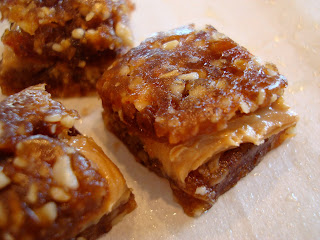 Last reminder for the NuNaturals Stevia Giveaway that ends tomorrow

Still time to enter the Taste of Adams Avenue Giveaway

posted in All Recipes
56 comments »