Into the Vita-Mix went:

*2 Tbsp chia seeds that I ground well first
*Then I added 4 Tbsp of shredded coconut (mine was sweetened because that’s all I had)
*1 Tbsp Maple Syrup
*1 Tbsp Agave
*Dash Vanilla
*2 Squares of the TJ’s Dark Chocolate 73% bar(Or, 2 Tbsp Choco Chips/Carob Chips/Cocao Nibs would all work)
*2 Tbsp Oats (afterthought because they were really soupy so I needed something to dry them up)
*Blended til everything’s incorporated 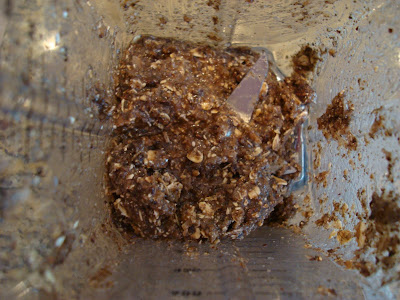 Put into a freezer container 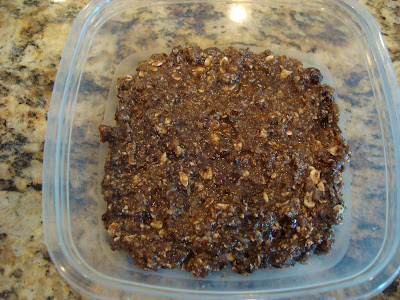 And here’s the up close drool shot 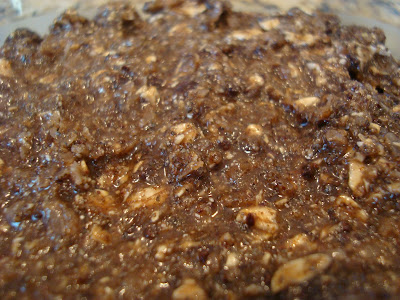 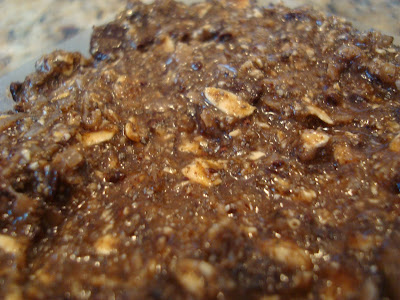 And after sitting in the freezer a few hours, here ya go, squared off and dusted with powdered sugar.  Totally omittable but makes it look pretty.  A sifter would be nice, but just a massive sugar dump worked perfectly well ’round here. 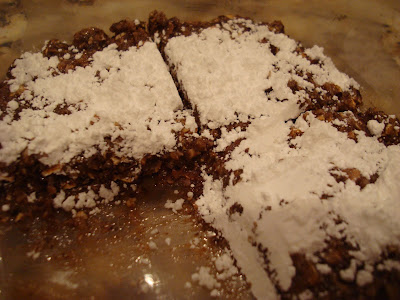 I also find that rolling things into balls is a total PITA (playing with balls is always a PITA to me, but that’s another topic for another blog).  So squares work in this casa.  It all tastes the same, right! 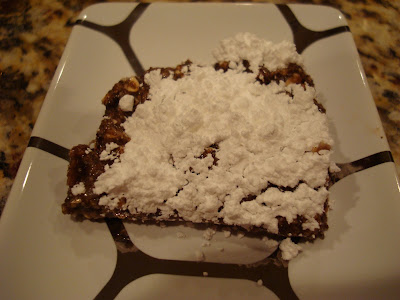 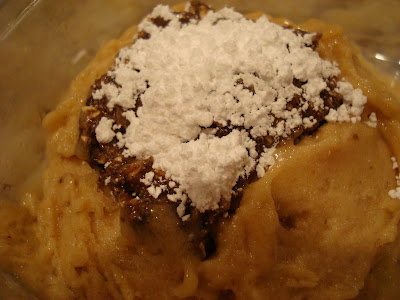 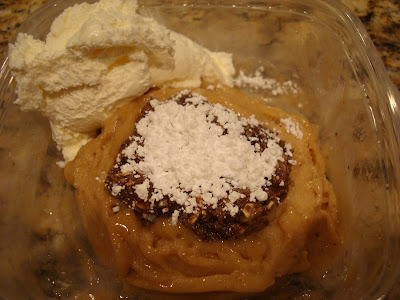 Have you ever tried or do you like chia seeds?