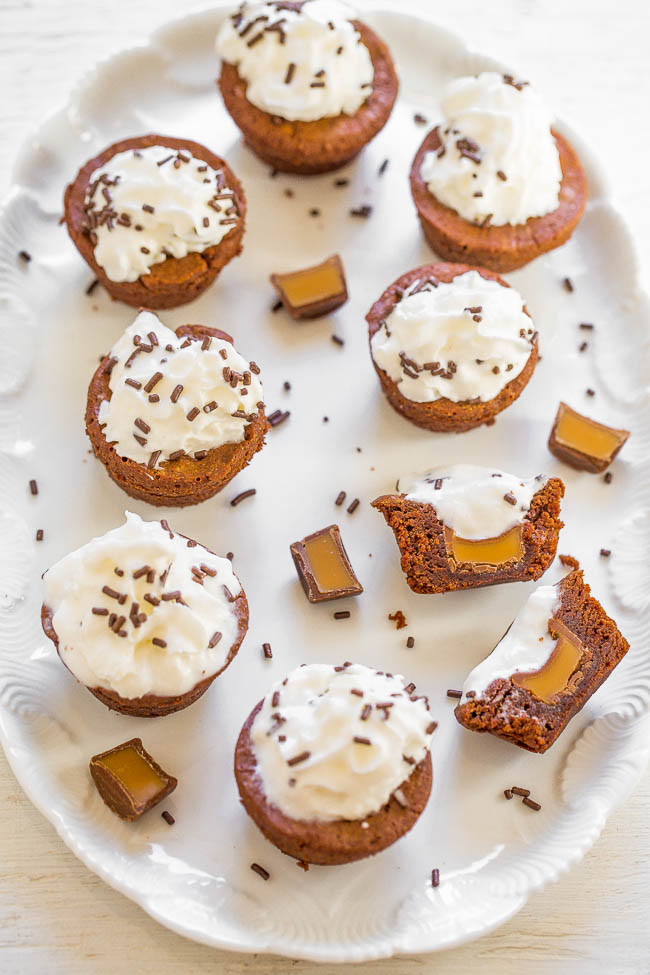 We’ve all had store-bought brownie bites and they’re pretty good. But homemade is definitely better and you’ll never settle for the store bought kind again.

Why make just regular brownie bites (boring) when you can stuff them with caramel and top them with whipped topping and chocolate sprinkles? And that’s just what I did.

I used my favorite homemade brownie base and baked them in mini muffin pans. It’s a brownie base I’ve fallen in love with because it’s easy and always delivers amazing results. Many of the Related Recipes below the recipe card use the same base.

There’s so much going on in every bite. The rich, dark chocolate brownies with the soft caramel, creamy whipped topping, and chocolate sprinkles for texture and an extra pop of chocolate flavor. 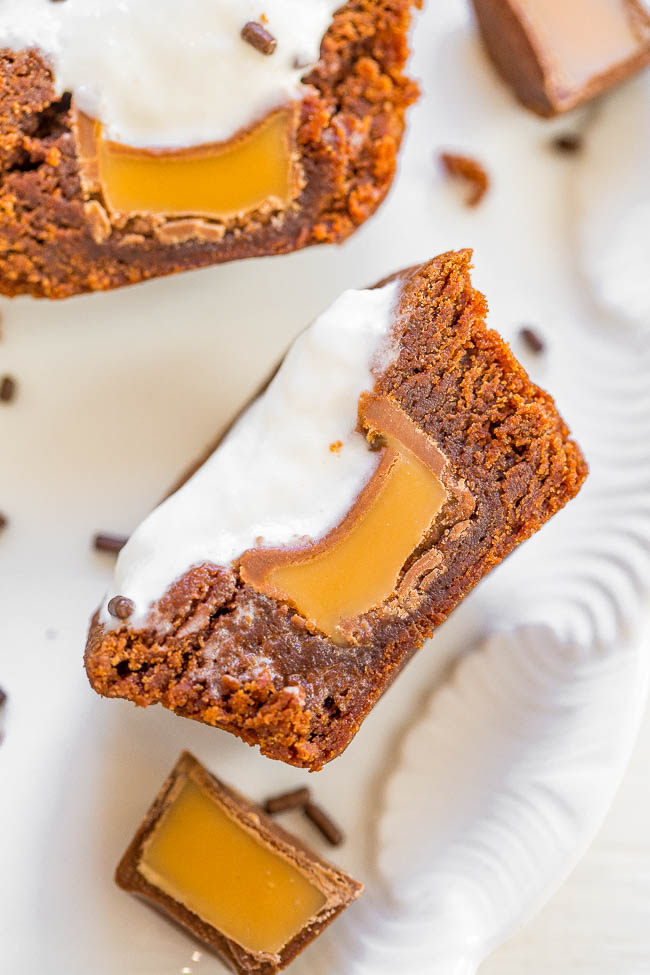 What’s in These Mini Brownie Bites?

How to Make Brownie Bites

Whisk together the brownie batter, then fill mini muffin cups 3/4 full. Add one Rolo to the center of each cavity, pressing until it’s flush with the top of the batter.

Bake the mini brownies until a toothpick inserted comes out clean or with a few moist crumbs. Allow brownies to cool in pans on a wire rack for about 10 to 15 minutes or until they are cool enough to handle and release. 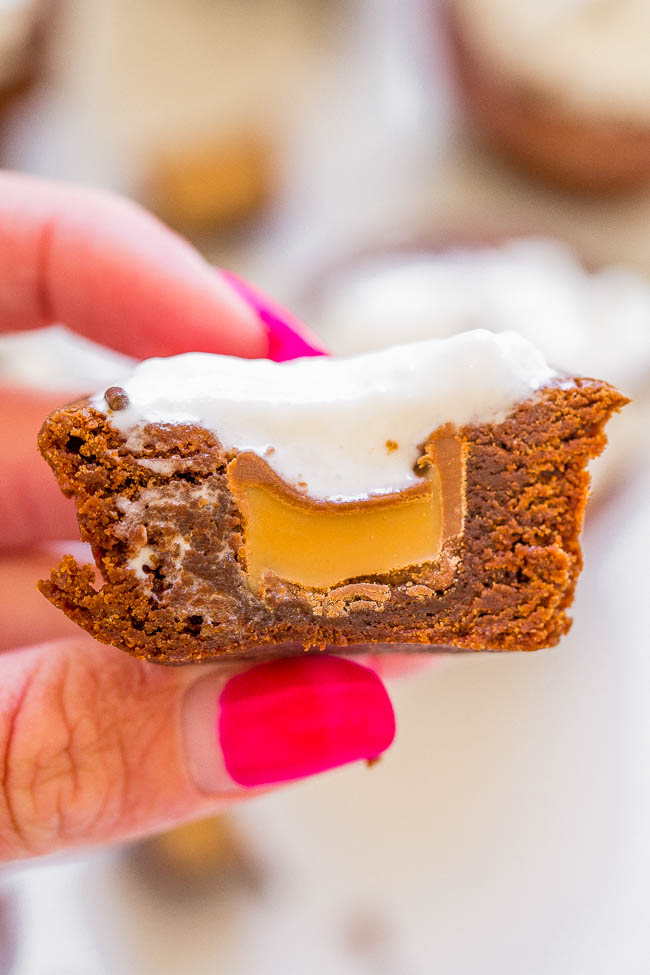 What Type of Caramels Should I Use?

For the caramel I used Rolo candies. For this recipe, they are perfect because the caramel melts and softens but still stays in tact so you don’t have an oozing mess like you would if you just added caramel sauce to the batter.

I don’t recommend using caramel squares with the clear cellophane wrappers because they don’t melt well at all and can become hard if you bake them.

Do I Have to Use a Mini Muffin Pan?

If you don’t have mini muffin pans, I recommend filling a regular muffin pan about 1/3 full but because I haven’t tried it, I am not sure how the results will be.

I have never tried the recipe with a boxed mix because honestly my homemade recipe is an easy, one-bowl, no-mixer brownie recipe that’s as fast as using a boxed mix, promise. The brownies are fudgy with zero cakiness.

Note that neither the espresso granules nor the brewed coffee make the brownies taste like coffee. Both simply enhance and round out the chocolate flavor.

Because the Rolos naturally sink a bit upon cooling, I prettied the brownie bites up a bit by adding whipped topping. But if you’re not serving these to guests, you may not even care to bother. Then again, brownies with whipped topping/cream (or ice cream) are always amazing.

Storage: Brownies will keep airtight at room temp (without the whipped topping on them) for up to 5 days.

Starbucks Double Chocolate Brownies {Copycat Recipe} — Rich, fudgy, chewy, easy, no mixer recipe that tastes just like Starbucks! Save money, make your own, and impress everyone you know!