Crane Your Neck Over This Way

Sick of watching me eat this yet? Hope not, I don’t think I could ever get sick of raw veggies. 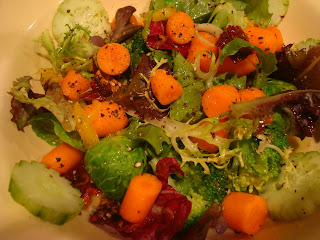 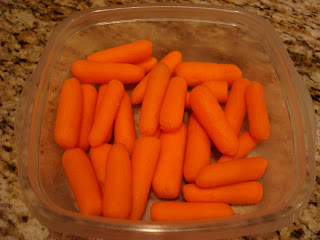 After a few miles’ run this morning, I did some ashtanga yoga. This is Maricyasana A with a Bind at the Wrist. This is a pose dedicted to the Sages. 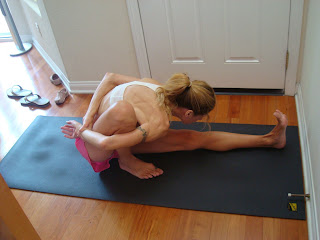 And this is Side Crane Pose, also know as Parsva Bakasana. Bend your legs, balance them on your triceps, and then hover. Feet up. Don’t face plant. No rhinoplasty’s on account of this pose, please :) 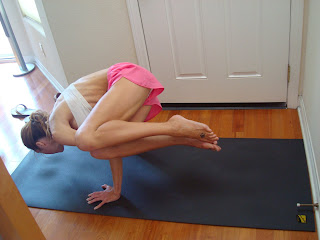 Here’s another version of Side Crane with extending one leg. I will admit that because you are already hovering, the aspect of extending your leg will totally displace your center of gravity, and umm thighs are kinda heavy. This one takes some core strength. Hello abs, anyone? Whip abs into shape with asanas like this where you are extending a limb into a different spatial plane than the rest of your body. It will force your core to Work Hard and will whip those abs into shape in no time. 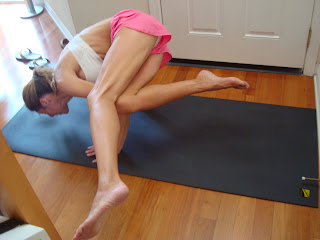 Time for this morning’s cooking recap….
Input for Nummies in the Vita-Mix:
*2 apples
*Handful greens
*1 peeled orange
*The stalk of broccoli that wouldn’t be too nummy in a salad and would otherwise get pitched.
*10 baby carrots
*Agave 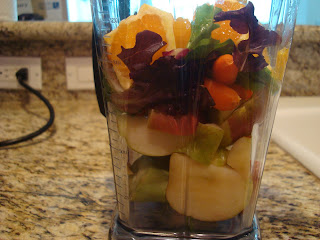 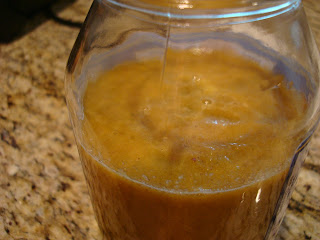 My friend Justine posted yesterday about an awesome dressing she made. I think that this jicama that I cut up would work splendidly with her dressing. Too bad she doesn’t live closer to show me the fine points on her recipe. 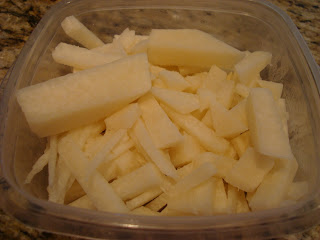 And last, but not least, I put the V to work by whipping up some Raw Vegan Freezer Brownies. I tweaked my recipe a tad from the last couple of times I posted it, including the original recipe here. Today I used:
*5 extra-large, extra-squishy and ripe Medjools, scant 3/4 c loosely packed
*Scant 1/2 c Raw Walnuts
*Heaping 1/2 c Cocoa Powder (not raw, store bought Kroger brand, best I can do folks right now)
*1/2 Agave
*Blend & Freeze. Yummmmmmmm! 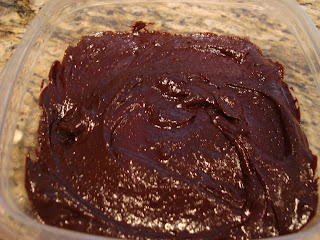 Tip of the Day: Try to do your cooking earlier in the day if possible. You will probably accomplish more than if you start later in the day when you’re already beat, hungry, tired, and cranky and just don’t have the energy. I also think mentally I am much more creative with stuff earlier in the day.

posted in All Recipes
7 comments »

7 comments on “Crane Your Neck Over This Way”