Easy Banana Pudding Pie with Cream Cheese Crust — The no-bake filling tastes like a fluffy slice of heaven and the crust is no-roll!! An easy, goofproof pie that anyone can make in minutes!! 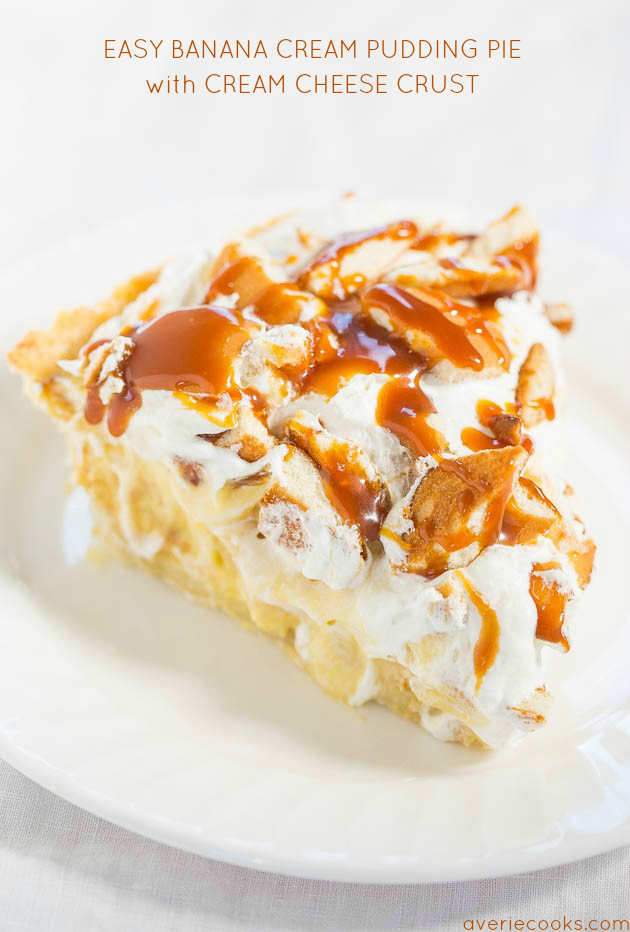 In honor of National Pi Day on 3.14 I couldn’t resist making a pie. It’s crazy good, super easy, and if I can make it, so can you.

There are plenty of bananas in every bite and I wasn’t shy about adding Nilla wafers.

There’s something about bananas, Nilla wafers, and whipped topping that goes together so perfectly, and with a salted caramel drizzle, the pie tastes like a fluffy slice of heaven.

The crust is flaky, tender, and unique because there’s cream cheese incorporated along with Crisco Baking Sticks. I’ve made many cookies with cream cheese in the dough but never pie dough.

But I’m sold now because of how easy it is. You don’t even have to roll it out. Just mix it together, press it into a pie dish, and bake for about 15 minutes.

You’re going to love this quintessential comfort food dessert. It tastes like you slaved over it but it’s one of the easiest pies ever! 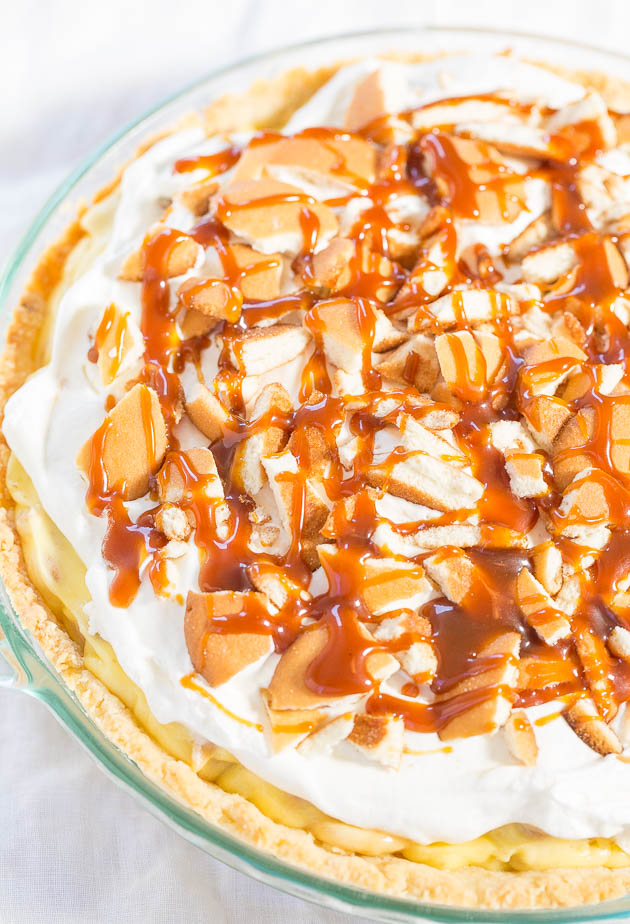 What’s in the Banana Pudding Pie?

I made this banana cream pie with vanilla pudding mix as well as a few other ingredient shortcuts. Here’s what goes into the banana pudding pie recipe: 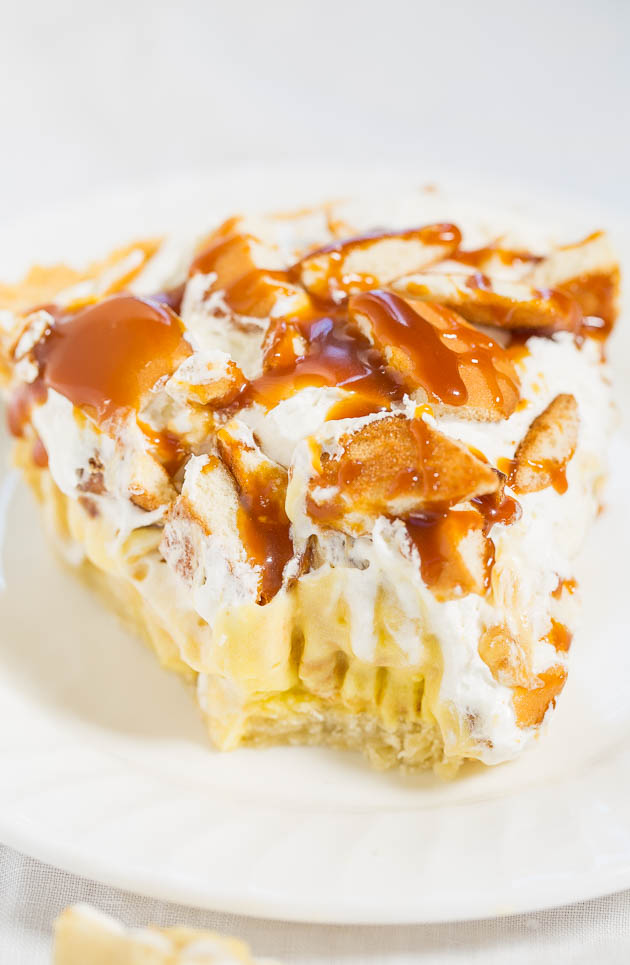 How to Make Banana Pudding Pie

Press the dough into a 9-inch pie plate that’s been sprayed with non-stick spray, then bake until lightly golden brown.

While the pie crust cools, make the filling. Whisk together the pudding mix and cold milk in a large bowl. Fold in half of the whipped topping.

Next, you’ll want to toss the banana slices in a little lemon juice (this prevents them from turning brown). Add the bananas to the pudding mixture. Fold in the coarsely chopped Nilla Wafers last.

Turn the mixture into the cooled pie crust. Top with additional Cool Whip and drizzle with caramel sauce. 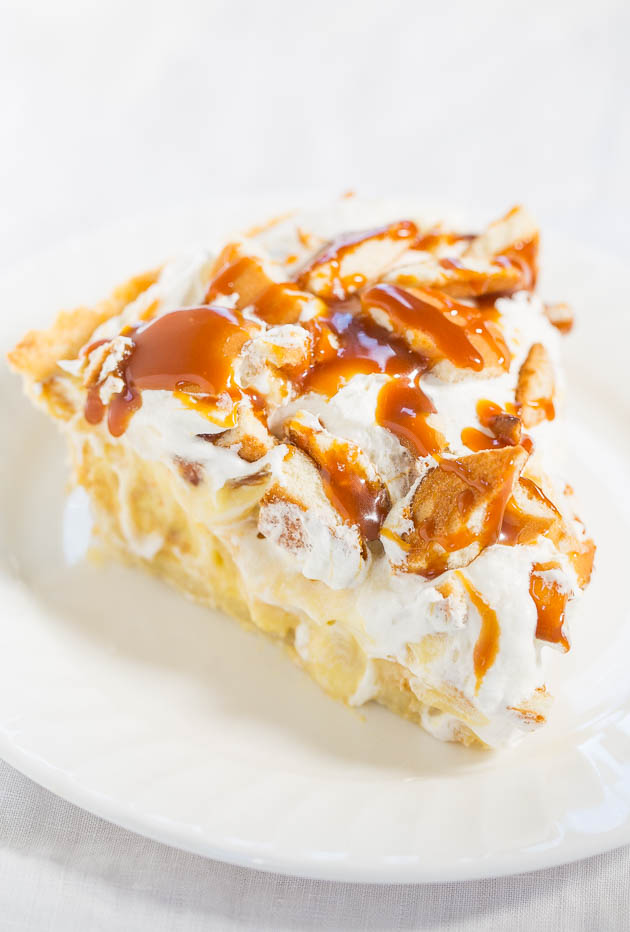 Can I Make This Pie in Advance?

I recommend serving the banana pudding pie within 24 hours of making it. However, it will last up to 5 days in the fridge. The bananas will turn brown over time, but the pie will still taste good!

Can I Make a Graham Cracker Crust?

Yes, you may make a graham cracker crust if desired. If you pop the crust into the fridge rather than baking it, you can even make this recipe a no-bake dessert!

The no-bake filling is made with pudding mix, whipped topping, bananas, and Nilla wafers. If you’re not a fan of these convenience products or don’t have them available in your area, this probably isn’t the recipe for you.

However I have an Old-Fashioned Banana Pudding recipe that’s totally from scratch.

Make sure to read over the recipe in full before beginning to ensure you purchase the correct sizes and types of all ingredients. I’ve only made the pie using the ingredients listed and can’t speak to what substitutions may or may not work.

Storage: Pie will keep airtight in the fridge for up to 5 days, noting that as time passes the Nilla wafers will soften and bananas could turn a bit brown.

Crust from Crisco, Filling adapted from This Gal Cooks.

ALL OF MY PIE RECIPES!

Key Lime Pie – This sweet and tart pie is a family FAVORITE!  The recipe has been handed down from my grandma who made this pie for 40 years! 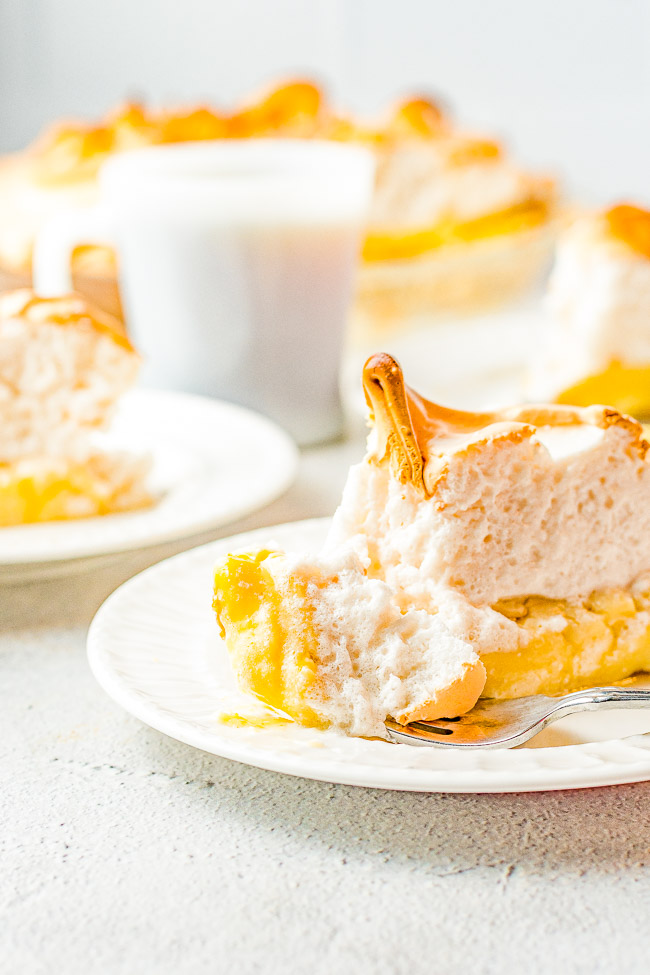 The Best French Silk Pie — Homemade French Silk is the most amazing thing ever! You have to make this! Beyond words how crazy good it is! 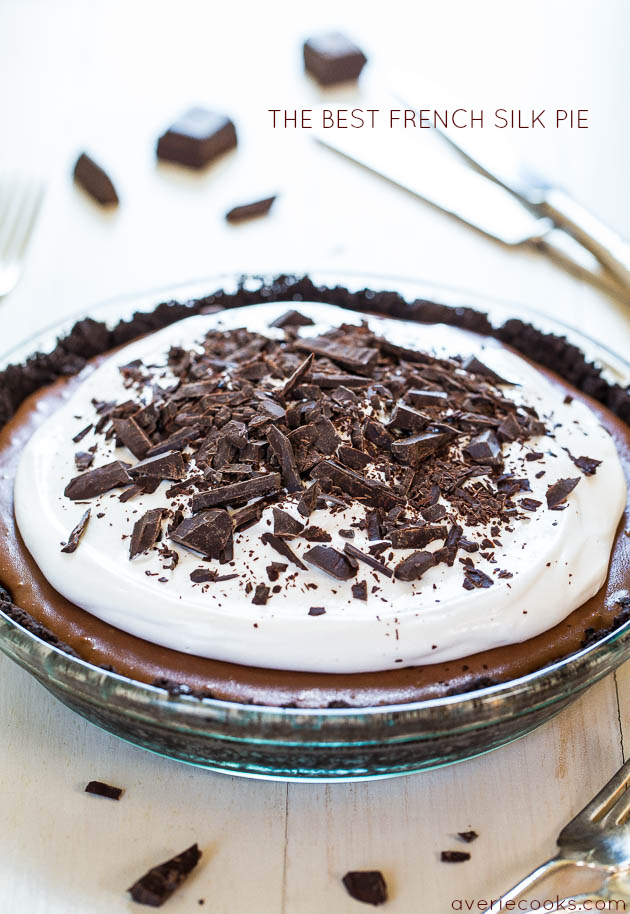 Coconut Custard Pie — A one-bowl, no-mixer pie with a short ingredients list that is SO easy to make and forms three different LAYERS while it bakes!! Mindlessly easy, goofproof, and coconut lovers will go crazy for this MAGIC pie!! 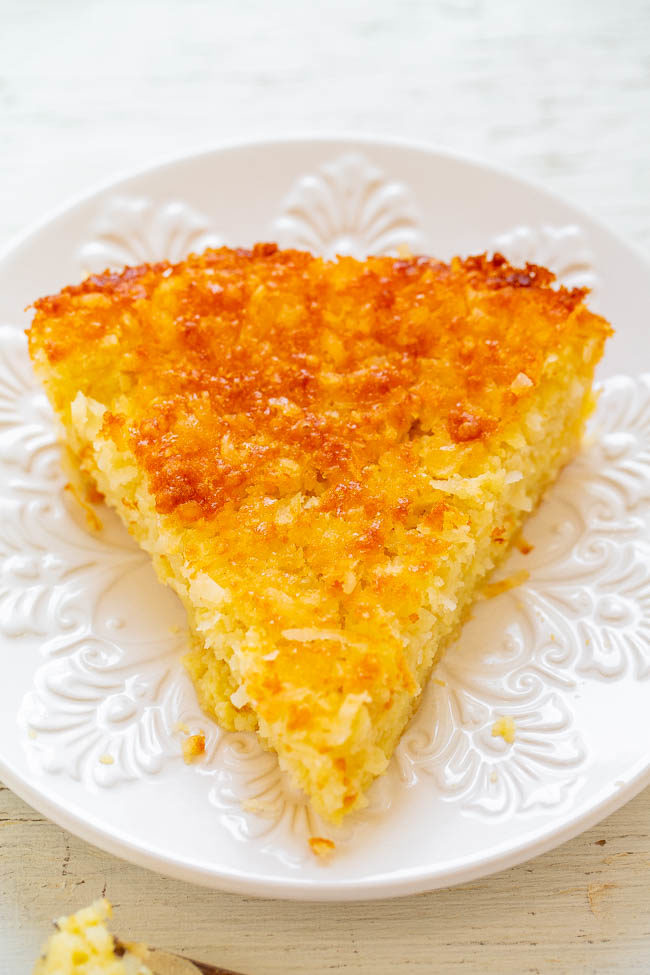 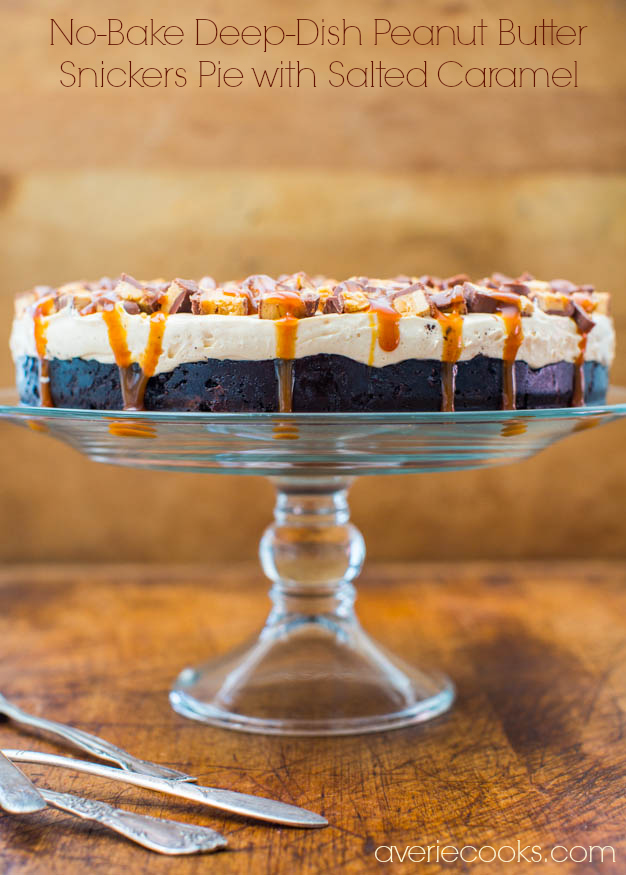 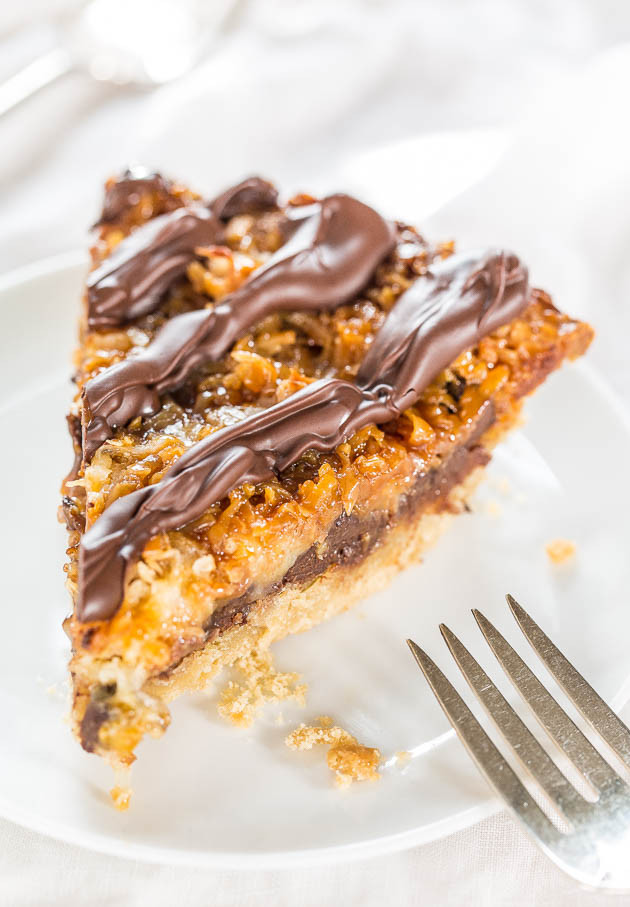 Cherry Cream Pie — An old-fashioned pie with homemade scratch crust topped with NO-BAKE layers of sweetened cream cheese along with juicy cherry pie filling!! If you like cherry pie, you’re going to LOVE this amped up version!!

Post is brought to you by Crisco. The recipe, images, text, and opinions expressed are my own. #CriscoKnowsPie #PiDay. Visit their Facebook page to ‘Like’  and for a special Pi Day coupon for Crisco Baking Sticks