Hi Friends! How are you today?  I’ve been running around like a crazy lady but busy is good, right?  How has your week been?  I’ve spent a lot of time at parks this week with Skylar.  The weather has been so beautiful and we’ve been savoring our time outside.

No humidity, no clouds, low to mid 70s with a light breeze.  Perfection. 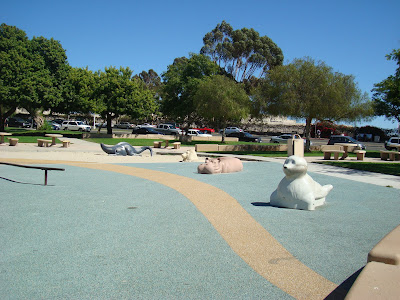 We went to our unschoolers park day on Monday and then on Tuesday we met some other friends at another park.   Met a different group of friends at another park on Wednesday, and today met Scott for a G-Rated Afternoon Delight.  Mommy, Daddy, Skylar, goofing off at the park.  It was great!  That’s 4 parks, 4 days in a row for anyone who’s keeping track.

Here’s a few pictures from one of our park visits 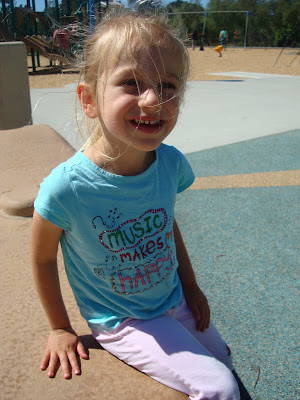 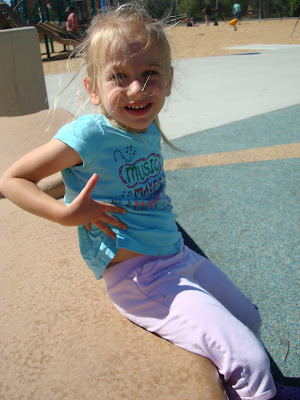 These were my 3 attempts at self-portraits.  Unlike many bloggers who photoshop or edit their pictures, I can assure you, I don’t.  Mine are all real and un-retouched; sweaty clothes and greasy hair some days to prove it.  Hah!

In food finds, I have found it.  The mustard I have been searching for, for 10 years! 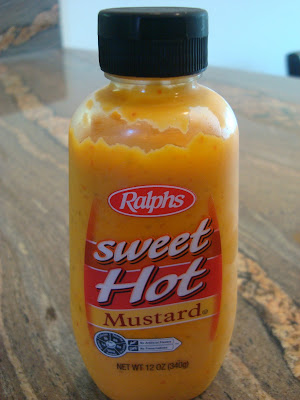 Bear with my little trip down memory lane.  When I was in my early 20s living in Chicago and grocery shopping at Jewel-Osco there was this store-brand of mustard that I adored. 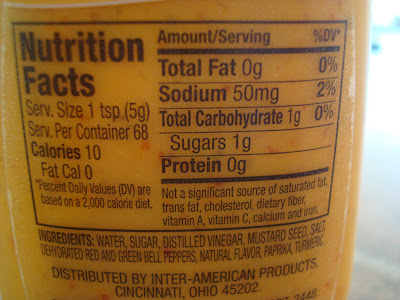 Sweet and hot, with no garlic, no onions, and the added sodium is not excessive.

After moving away from Chicago, I never thought I’d have it again.  Until I saw it at Ralph’s this week!  I bought it thinking there would be no way it could be the same mustard I used to adore.  Well, it was!   I was beyond pleasantly surprised and transported back 10 years!  It’s the same mustard!

I have literally eaten half the jar in 24 hours 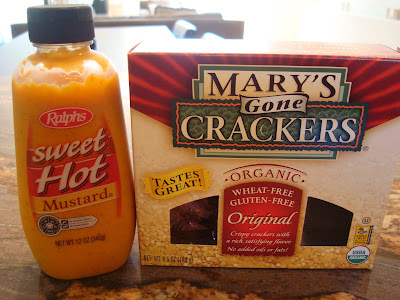 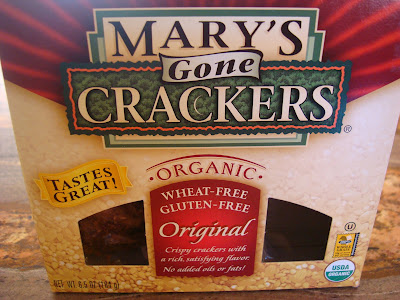 I’ve been dousing it heavily on Mary’s Crackers, Salads, you name it, I am loving it.  Maybe a little too much so because my mouth is on fire and my stomach is saying, whoa nelly, that’s a lot of heat.  But it’s worth it.

Did you know that Trader Joe’s gets some of it’s food from certain distributors and then relabels it as their own?   See This Article.  TJ’s is able to sell the food under their own label at a much cheaper price than you’d find else where.  And it’s the same food.

Did you know that:
That Stacy’s Pita Chips and Trader Joe’s Pita chips are the same?

That Annie’s Goddess Dressing and TJ’s Goddess dressing are one in the same?

There was another big article in Fortune Magazine about Trader Joe’s and if you haven’t read it, it’s extremely interesting.   I know both Katie and Gabriela have mentioned it.

From yesterday’s post about Psychic Thoughts, it was great to hear everyone’s stories about if you think you’re psychic or not and your little anecdotes about what things you’ve had good ESP, premonitions, or intuitive thoughts about.   Everything from knowing when someone’s about to call or text to knowing when a cop is going to drive over the hill, to others like Christine and Katie also having smoke detector premonitions!

And I had also asked you if you prefer magazines or books and it was about a half and half split but lots of you like to get into magazines because they’re fast and don’t require too much attention.

Goodbye to Summer Fruit.  Sniff.  But you’re all excited about pumpkin, apples, squash, more warming and hearty foods like chili and soups.  Yum!

Hump Day.  For anyone who isn’t familiar, it means that Wednesday is the crest of the work week if you think of the week like a bell-shaped curve, a hump, and from there on out, it’s coasting downhill on easy street, straight for the weekend!

Dessert:  High Raw Vegan Sugar Cookie Dough Balls
3 ingredients, super fast, and easy.  A healthy twist on sugar cookies.  And these freeze wonderfully.  I like sinking my teeth into a semi-frozen ball.  TWSS. 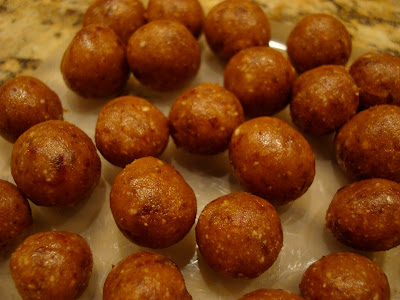 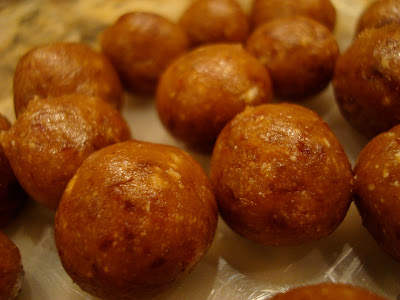 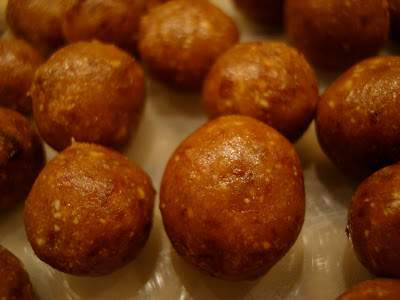 
Did you know that many foods are the same food, but are simply re-labeled?  Or that clothing is re-labeled, too?

My mustard find reinforces that the mustard is made in a central mustard-making plant and then relabeled and distributed as the store-brand mustard for various grocery store chains.  I find that fascinating!  Kind of like how I swear that certain Bebe and Forever 21 items are identical, just with a different label.

Have you ever found a food that you had been looking for, for years or a really long time?  What was it?

I have to say, I’ve been pining away for that mustard for a decade and now that I found it, it’s been like being reunited with a long lost friend!   There’s also a few salad dressings that I won’t see for years and then I will happen upon them and eating them is like taking me back many years in time.