Soft and Chewy Cinnamon Chip Snickerdoodle Cookies are full of hearty, robust cinnamon flavor, thanks to cinnamon in the dough and the cinnamon chips. They’re ridiculously soft, tender, and pillowy. There’s no traces of cakiness or dryness, and are chewy and moist. They’re without a doubt the best Snickerdoodles I’ve ever had and are my new favorite go-to recipe. 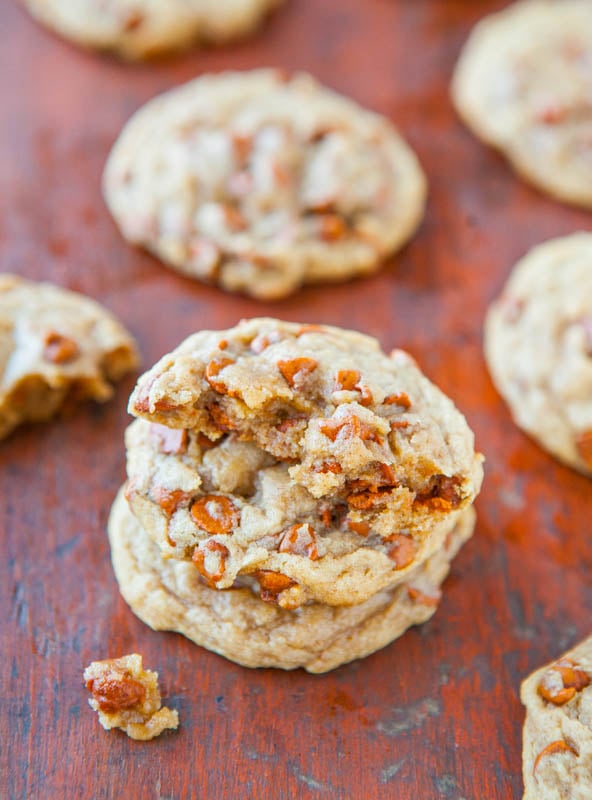 I’m a huge cinnamon fiend. The more the merrier.

And I love snickerdoodles. Two favorites united, at long last, in one super soft cookie.

I have a recipe for White Chocolate Snickerdoodle Cookies and Sugar-Doodle Vanilla Cookies, bringing white chocolate and lots of vanilla to the party.

And there’s Chewy Sugar Sprinkles Cookies and Snickerdoodle Cookie Bars with Pink Vanilla Cream Cheese Frosting, because you can’t go wrong with either sprinkles or frosting. 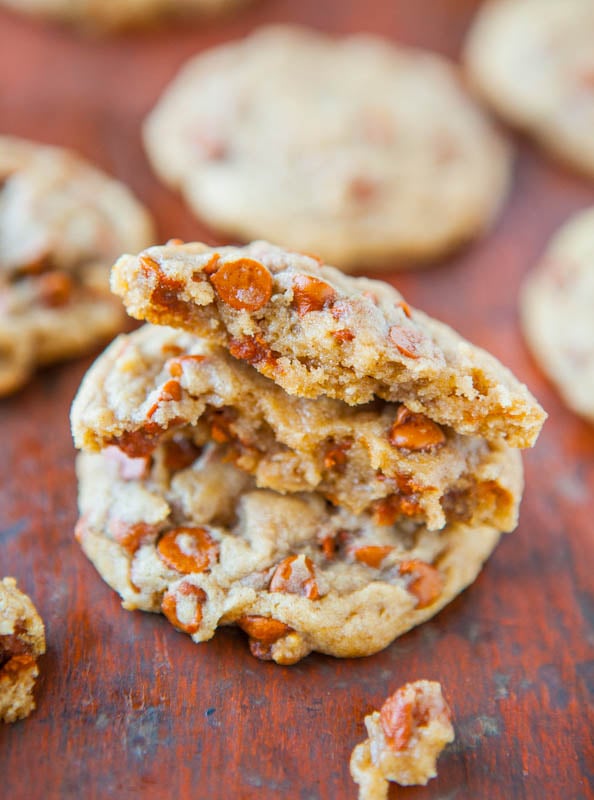 But it was high time I worked extra cinnamon in. All snickerdoodles have some, these just have much more. Thanks to a hefty dose of cinnamon in the dough and a bag of cinnamon chips, they’re warmly and richly spiced. I almost rolled the dough balls in cinnamon-sugar, but decided to cool it.

The cookies are right up my alley because I love the whole Brown Sugar Maple, Softbatch-Style Dark Brown Sugar Molasses and Ginger family of cookies, and these are a wonderful new addition.

They’re without a doubt, the best snickerdoodles I’ve ever had. Even without the cinnamon chips added, this dough base is a keeper. They just sweeten the deal. 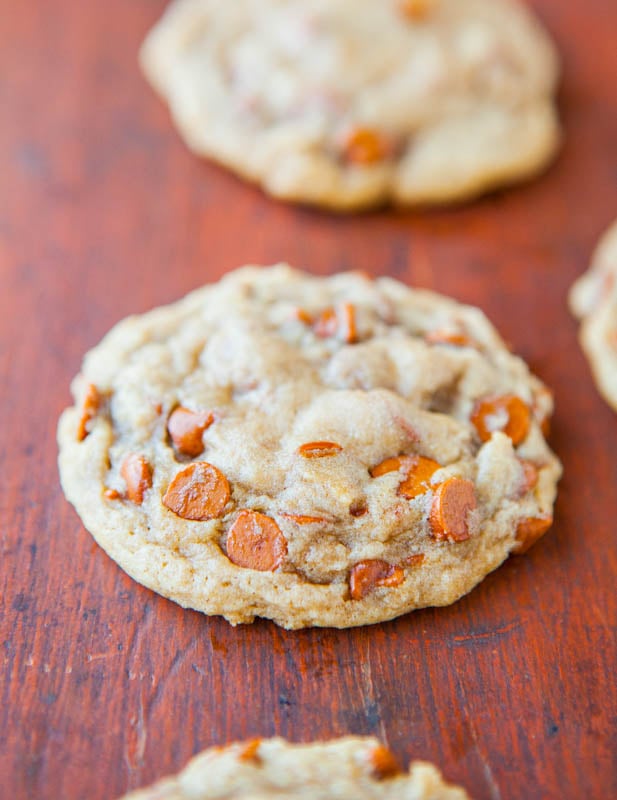 I looked for over a year for cinnamon chips, and even in the fall and before Christmas and holiday baking, they were no where to be found in sunny San Diego.

I randomly went into Albertson’s grocery store (Kroger), and they had a full line of Hershey’s products, including cinnamon chips and Special Dark Cocoa Powder, another product that’s very tricky for me to find. Or just order cinnamon chips online; the price is right. I should have just done that a year ago. 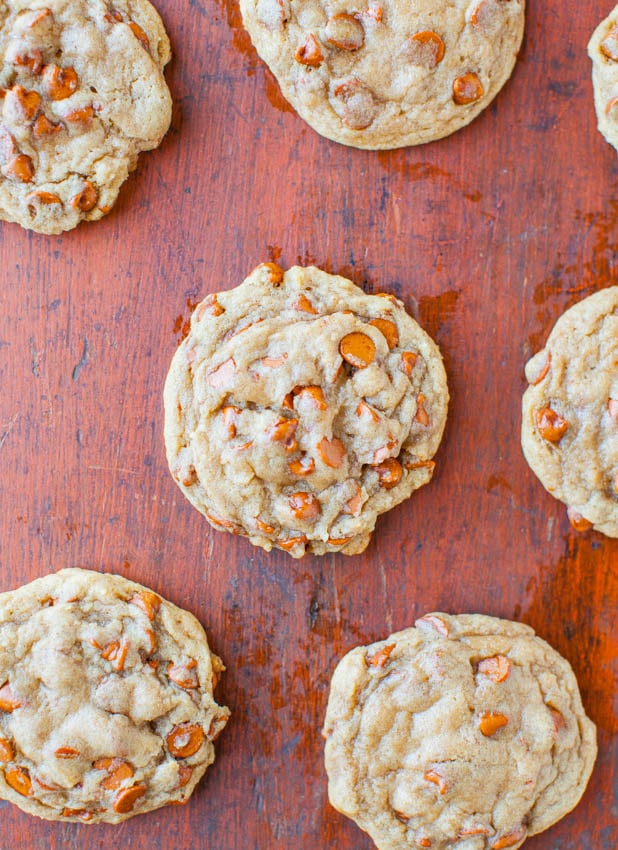 For the cookies, I used butter and sugar ratios similar to the Sugar-Doodles. That recipe also calls for a splash of cream in the dough, which adds tenderness, richness, and moisture.

I took it a step further and rather than cream, I use a tablespoon of thick Greek yogurt, which complements the tang factor the cream of tartar provides in snickerdoodles. 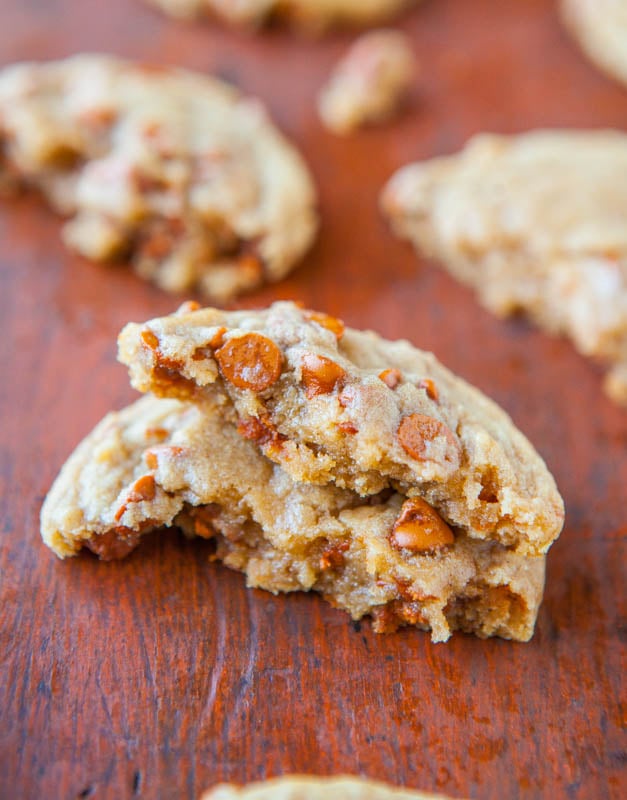 I also added cornstarch, my favorite ingredient for creating softbatch-style cookies, which turn out similar to pudding cookies.

These cookies turned out ridiculously soft, tender, and pillowy. There’s no dryness, cakiness, or crumbliness, problems that tend to plague sugar and snickerdoodle cookies.

The dough is buttery and moist, and because I used mostly brown sugar, they get softer on the second day, and continue to stay soft for a week. Not that these last a week in my presence. 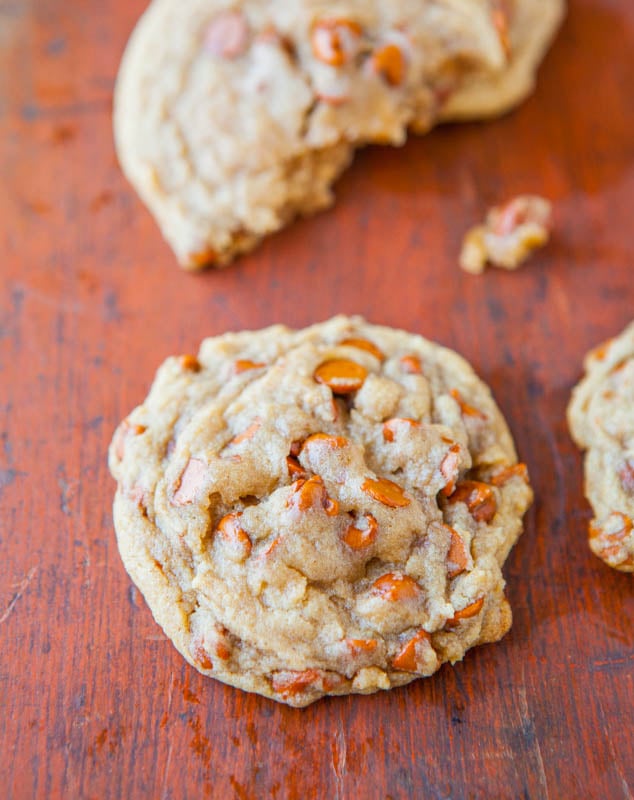 As with all my cookie recipes, this dough can and must be chilled for at least two hours prior to baking, or up to five days. My suggestion is to just bake what you’re going to eat that day, rather than making the whole batch at once, and keep the rest of the dough chilling until you need it. 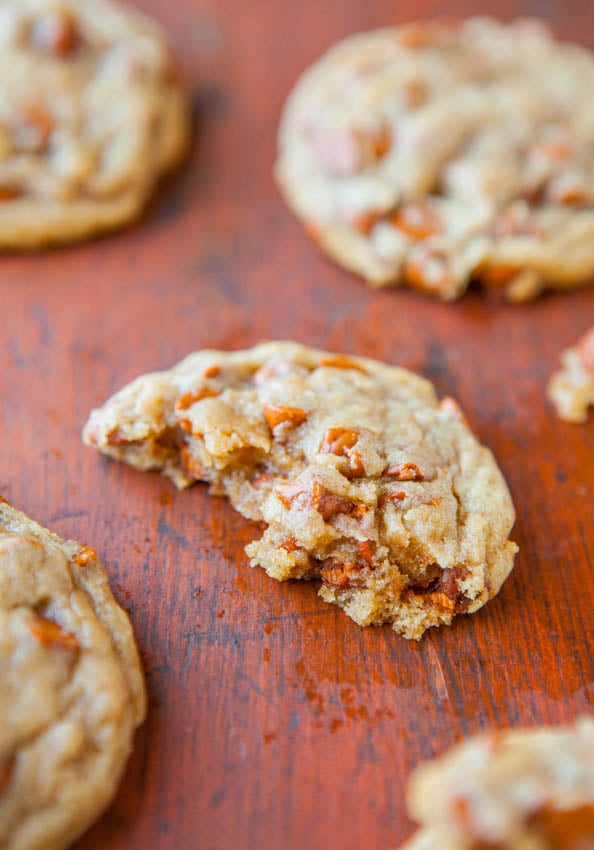 Research has shown that cinnamon has numerous health benefits. So I’m just doing my part to stay healthy. That’s what I tell myself after I snag 3 directly off the baking tray and inhale them in 3 minutes. 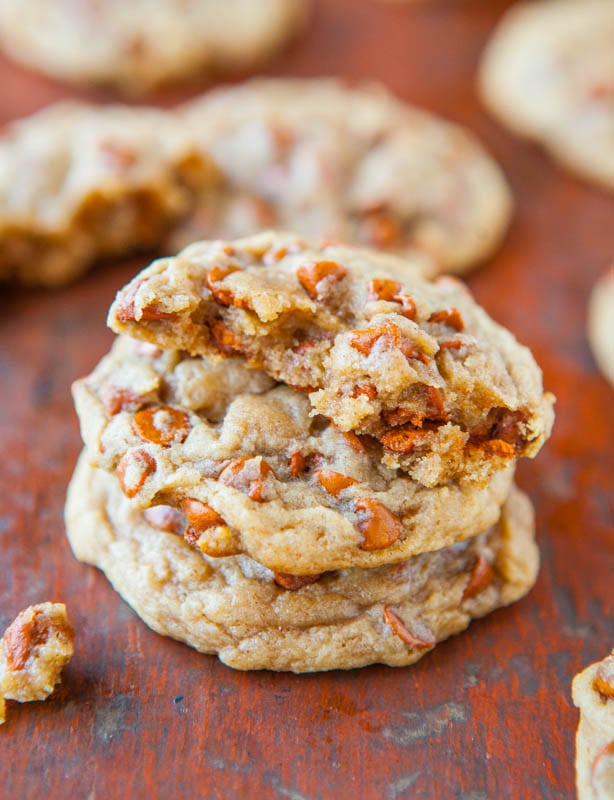 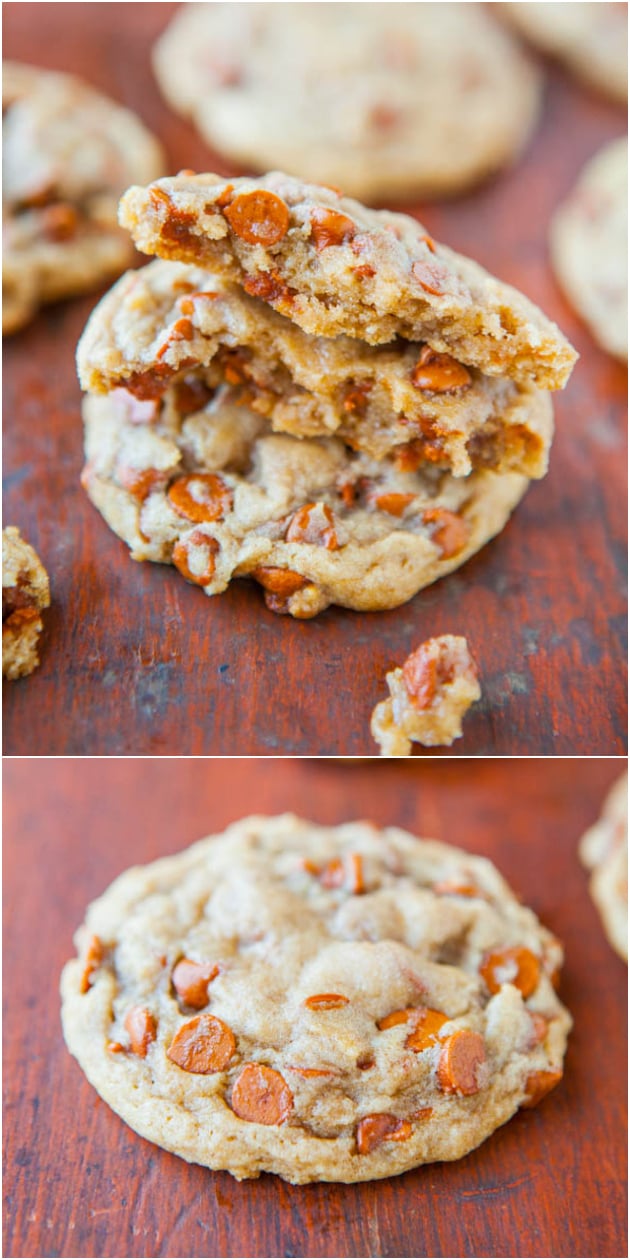 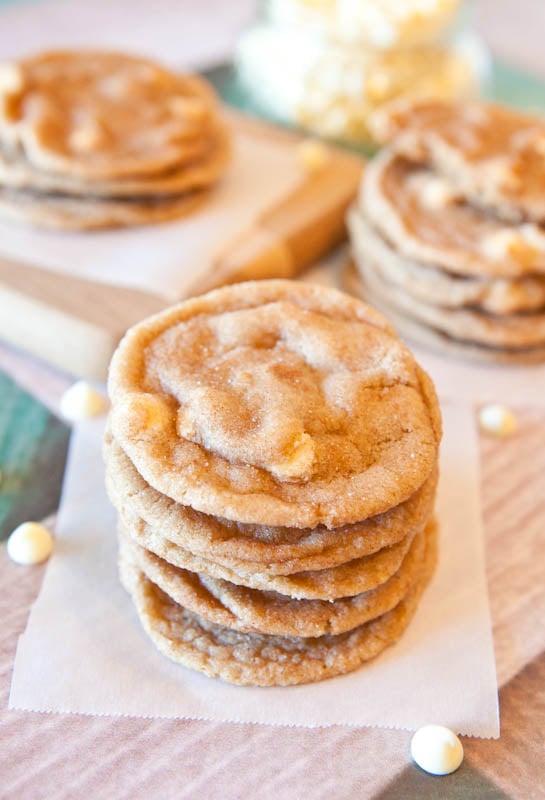 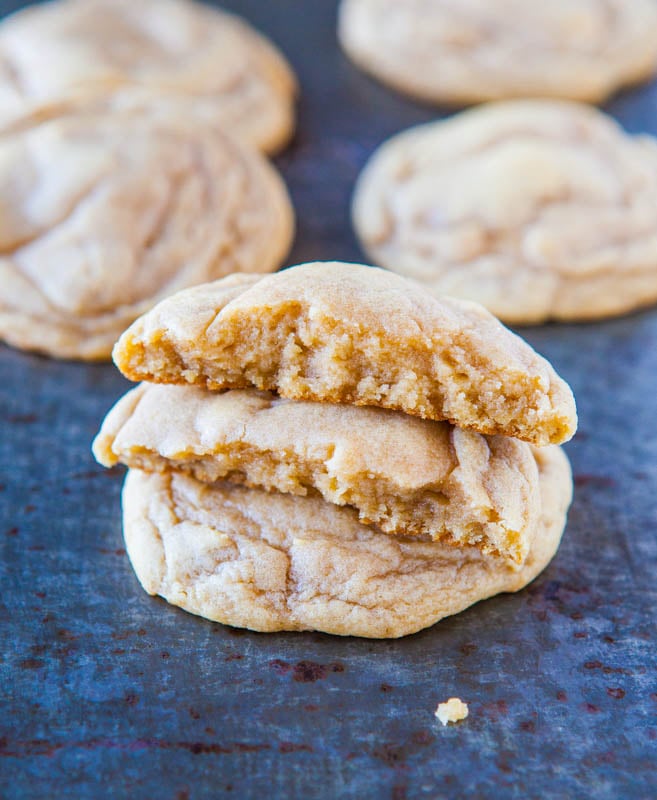 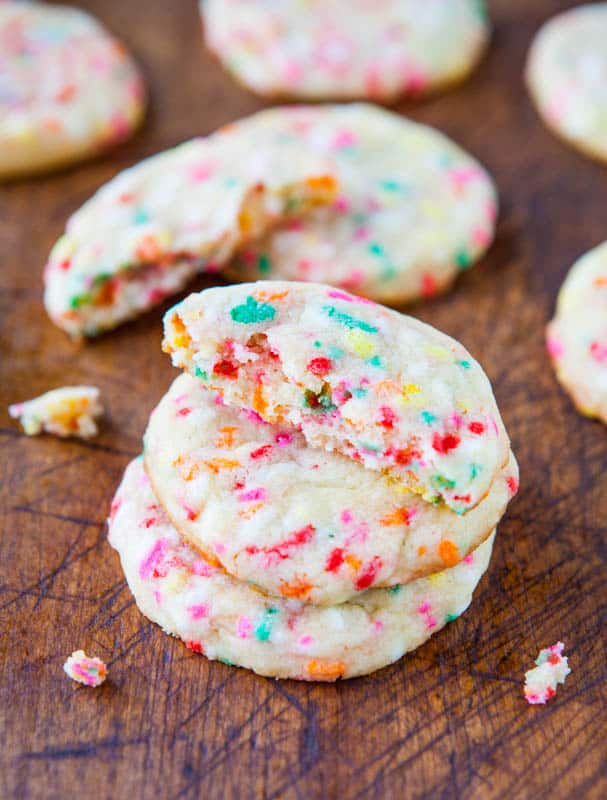 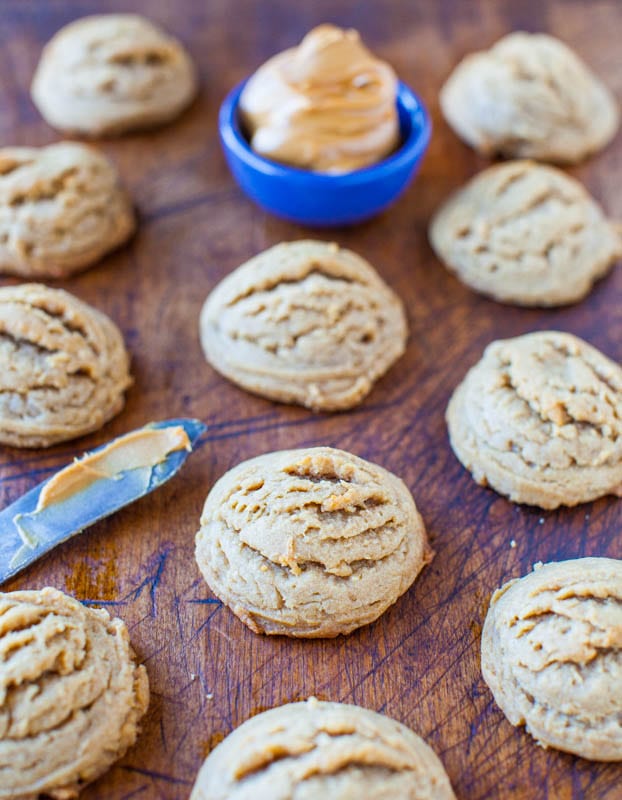 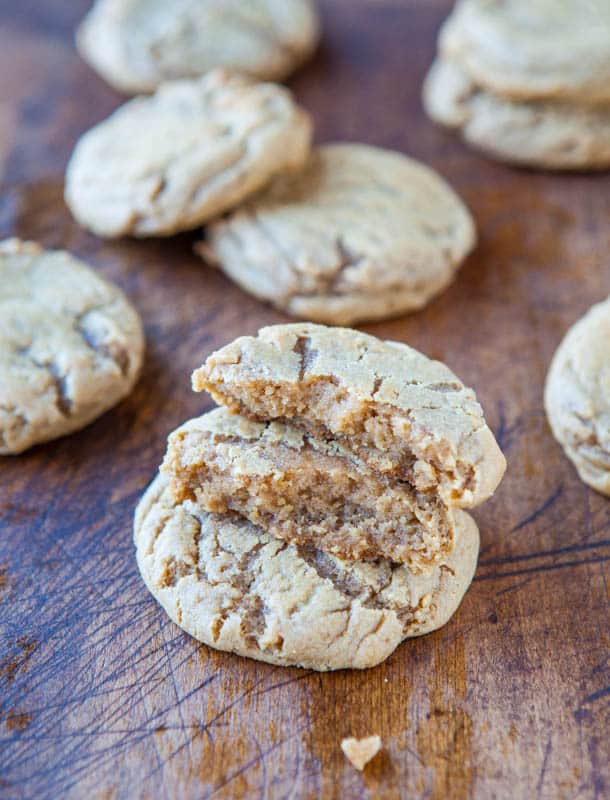 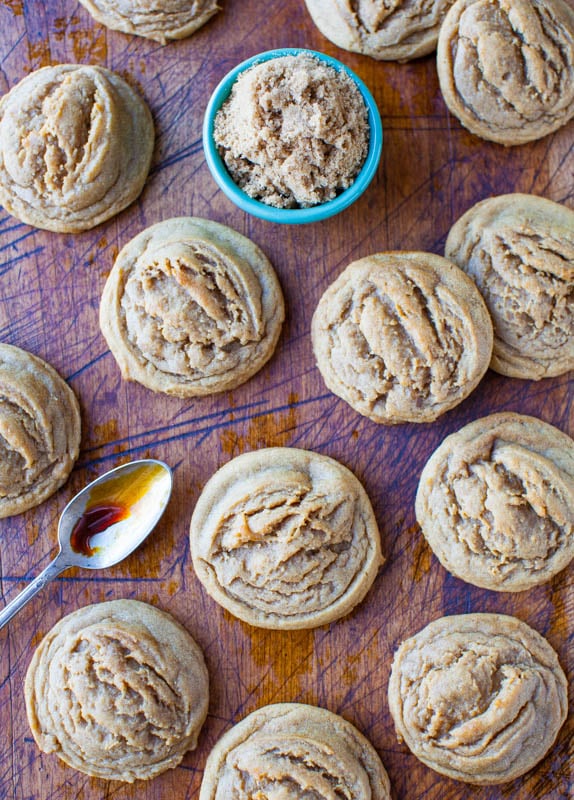 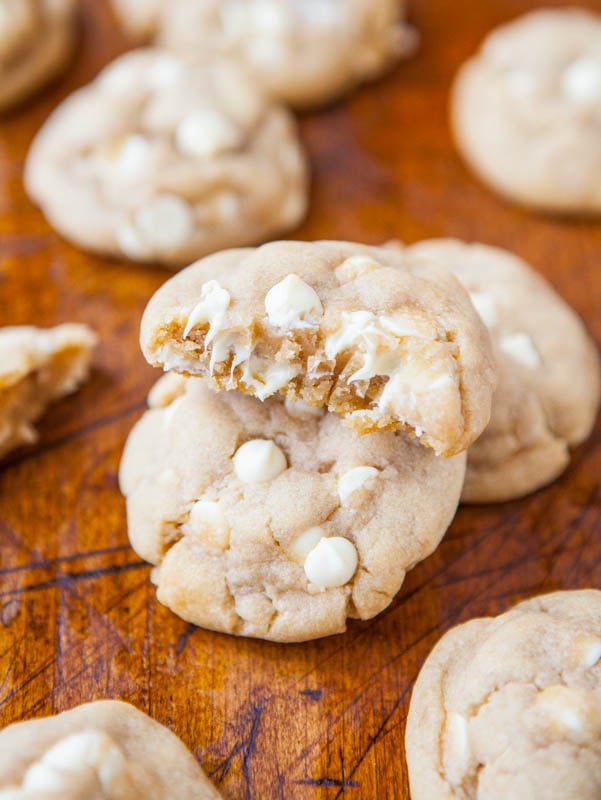 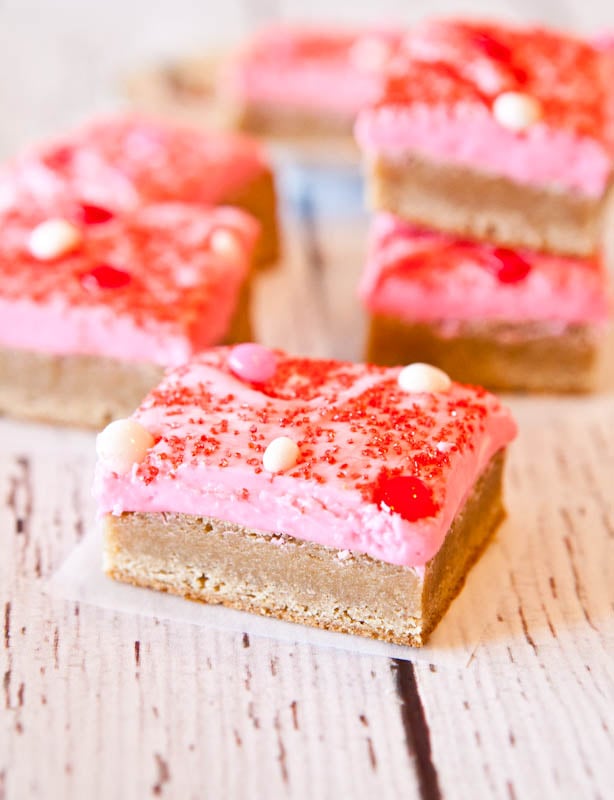 Thanks for the 20 Healthier Lunch Ideas and Cookbook Giveaway entries!