Hi bloggies, how are you doing today?  I’m doin’ bueno.   Scott’s here for the day so I get a little reprieve on the 24/7 parenting duty and I’ll keep things a little lighter today than I did in yesterday’s weekend recap & mental musings on pushing too hard, too fast post.

Oh and to answer yesterday’s burnin question that was blowing up my comments and inbox…yep, the raw vegan chocolate brownies are really as good as they look.  They are uber rich and decadent so a little dab’ll do ya.  And you don’t have to freeze them, I just like chilled food cuz it’s so hot here.  But you can have ’em at room temp.  If you do that, I’d scale back on the dates just a smidge or add more walnuts because they may be a little runny otherwise.

I’m really grateful for all of you who take the time to comment and for new readers who are swingin’ by and also for older ones who are de-lurking.  Rock on, I love you guys!

What have I been whippin up round here?  Lotsa banana, lowfat vanilla almond milk, & agave smoothies in the VitaMusher for the Lil One. 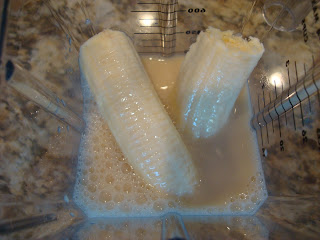 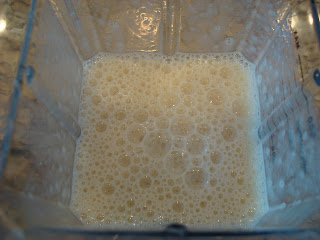 Then the smoothie mix goes in pink cups, but of course. 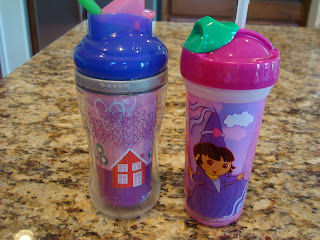 It’s hot here and she’s been groovin on these to stay hydrated. 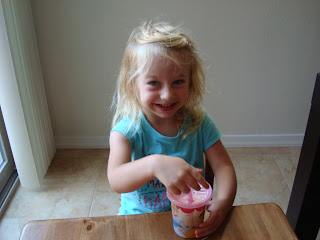 As for my smoothies, nothin new, just the Sun Warrior BRPP in Vanilla, but how I enjoy it so.  And a shout out to A xx who wrote to tell me she ordered some Sun and is diggin’ it, too! 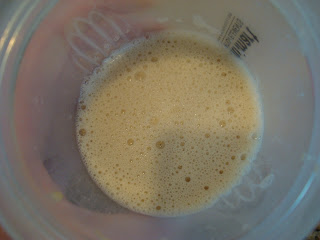 Moving right along to solid not slurpy food, the Enjoy Life Foods people sent me some of their nut and gluten-free granola to sample.  They sent Cinnamon Crunch, Cranapple Crunch, and Very Berry Crunch.  Everything is vegan, so it’s therefore dairy free, but also free of soy, nuts, gluten, and various other yuck.  How refreshing! 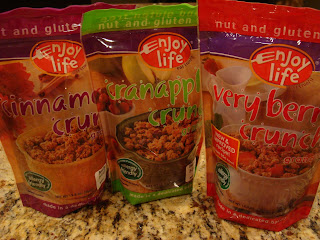 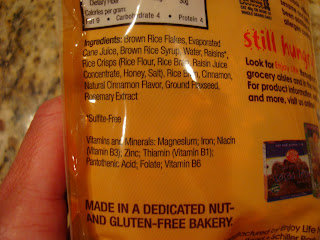 And ya know what, I give it two thumbs up on the taste factor.  My fave flave being the Cinnamon but I’m really partial to my Cinny, and add it to just about anything.

I’ve posted before about making my own vegan granola at home, and because I have been making it for years now, I am really fast, and can whip up a batch from start to finish in 20-25 minutes, including baking time, but if you don’t have the time, the Enjoy Life granola is yum.  It’s really crunchy, and doesn’t taste like cardboard, which can be an issue with gluten-free foods, I find.

Onto other eats….the Zuke Noodles.  I spiralized a fatty zuke and then lightly steamed some B.S. and tossed with cukes, the zuke schlong (for all you who missed my intial joke, ya know that long skinny flacid piece that is still on your spiralizer when you’re done spiralizin’…yeah, that.  I just chop it up and toss with the rest of the veggie action), yellow & red pepps. 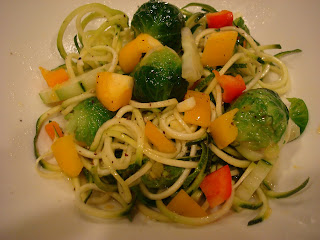 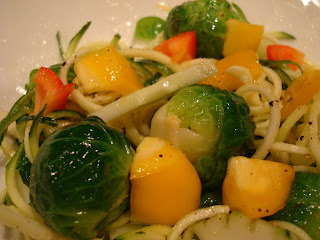 I whipped up a dressing to toss the veggies with in 30 seconds…Juice of 1/2 an orange, 2 Tbsp Raw ACV, 1 Tbsp EVOO, Dash of Agave, & Whisk.  A touch of ginger or cumin or something sorta fall-like, even a pumpkin spice would be nice in there.  Don’t know if that would work with the B.S. as well, but just talkin’ out loud…. 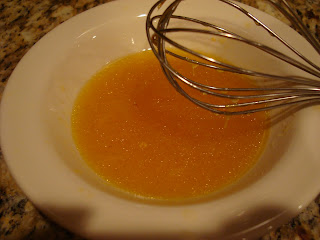 Scott was home for dinner and dessert, so I got some Nanna Softserve Love Goin’…
2 Frozen Nannerz, 1/8th c lowfat vanilla almond milk, dash of sugar, dash of Vanilla NuNaturals Stevia, dash of TJ’s Bourbon Vanilla extract, and blend for 45 seconds in the VitaLord. 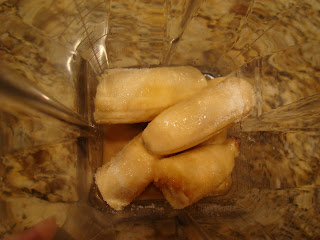 Spoon a little of this lovin’ in a bowl and then ask for the Excalibur 9 tray.  See honey how great the Vita-Mix has been for us, well I was thinkin’… 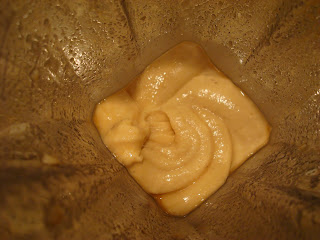 Yoga is Parsva Bakasana.
For those of you who are bakasa-challenged, I actually find side (parsva) bakasana easier because you get to build a little table for yourself with the back of your arms.  I like little tables.  From West Elm. 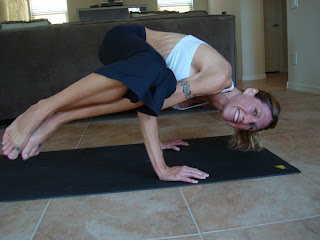 The other piece of biz-nass I wanted to mention is the  ‘ole how do you get your protein and calcium, and isn’t there such a lack of variety issues were brought up, which we all know are the first things that someone who hasn’t researched vegetarianism or veganism brings up, but still the lack of support and judment just blows.  I just wanna spread the love so this is hard for me to just ignore and let go of.

The options I see are hope they come around if I lead by example which in my case is about as likely as hades freezing over.  Or, ignore it and try to brush it off and just move on knowing I am doing what’s best for me and my hubs and lil pumpkin.  The later is far easier said than done for me.

For those of you who have chosen to eat differently than your family, or who have made lifestyle choices that are not the same as the ones your family has, not just in food but with anything, how do you handle the judgment, rude comments, and harsh nature of others?

Tip of the Day:  My Chia GiveAway and the NuNaturals GiveAway!!  Hurry because the Chia GiveAway is ending on Wednesday at noon Pacific and honestly bloggies, I think I am going to scale back on the GiveAways for a bit after these two end so if you want to score some free shizzle, now’s your chance!

I hope everyone has a rockin’ day, I am about to go for a 5 mile run, and do some yoga and enjoy.  Stay tuned tomorrow for some dessert action….

Posted in: All Recipes, Entrees, Pasta