Do you like cinnamon buns?  Brownie points if you love Cinnabon cinnamon rolls like I do?  If you’re a cinnamon roll fan, you’re going to love these donuts. 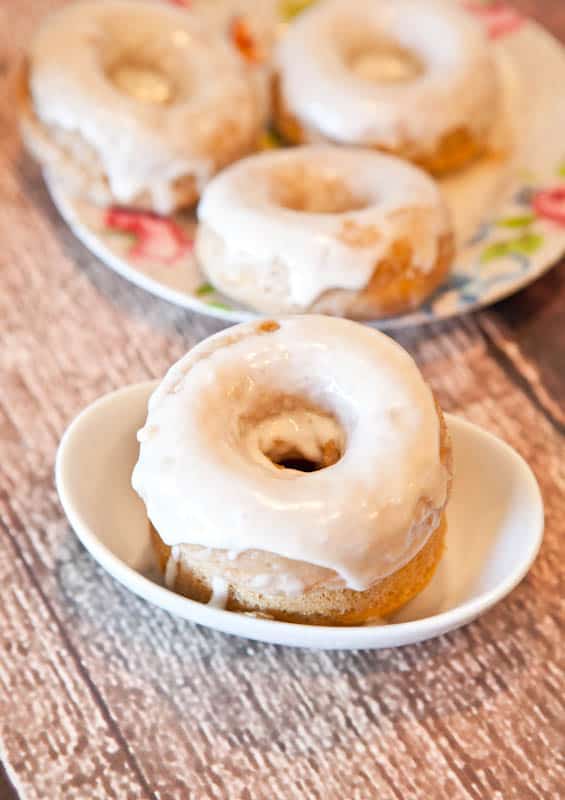 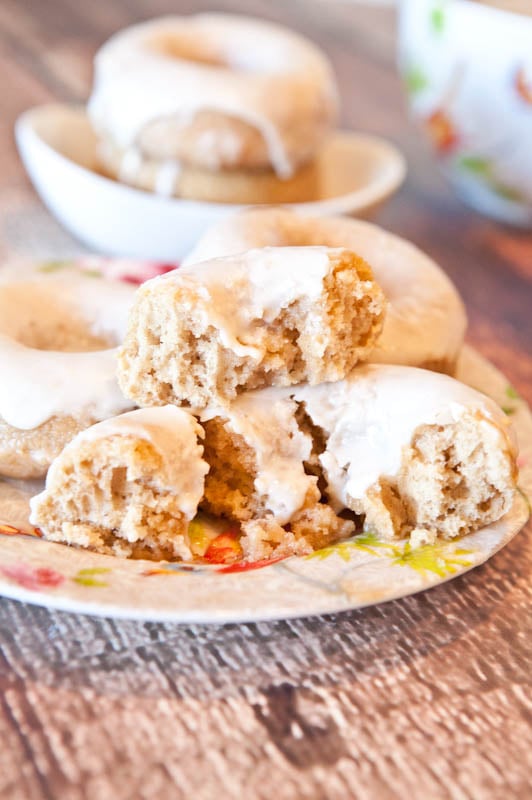 I worked at the mall when I was in high school and between Panda Chinese food, Mrs. Field’s Cookies, and Cinnabons, I ate more sodium, grease, and sugar than should be legal or is good for the complexion.  But hey, you’re only 16 and working next to the food court once.

I have such fond memories of Cinnabons.  The dense texture of them, the flavors of the cinnamon, sugar, and melted butter, the warm dough, and that cream cheese frosting.

I always ordered extra frosting and it was 50 cents for that extra cup of frosting but when you’re in high school working at a minimum wage job, you notice the price of extra frosting.  But best use ever of 50 cents. 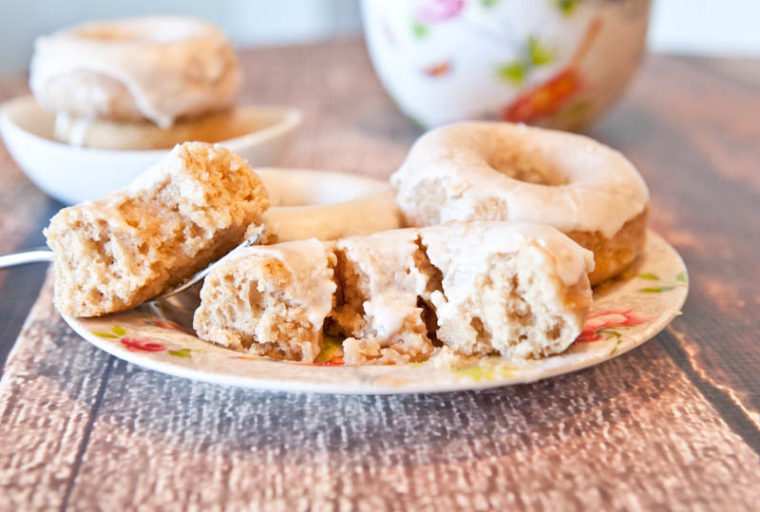 My grandma made the best cinnamon rolls, but since she’s not around and I had a cinnamon roll craving come over me, I knew I needed to figure something out.  Working with yeast-based doughs is a kitchen fear I still need to tackle.  Truth be told, I’ve never made traditional cinnamon rolls.

However, I thought that cinnamon bun style donuts was something I could handle. 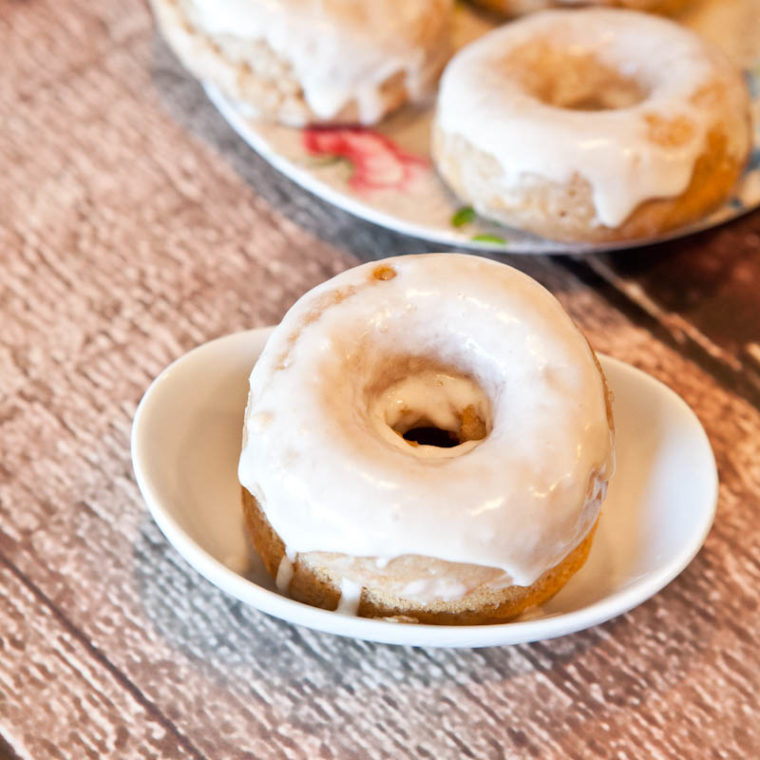 And my hunch proved successful.

These donuts are baked but they are not cake, or dry the way that most baked or cake-style donuts are.

Not in the least. 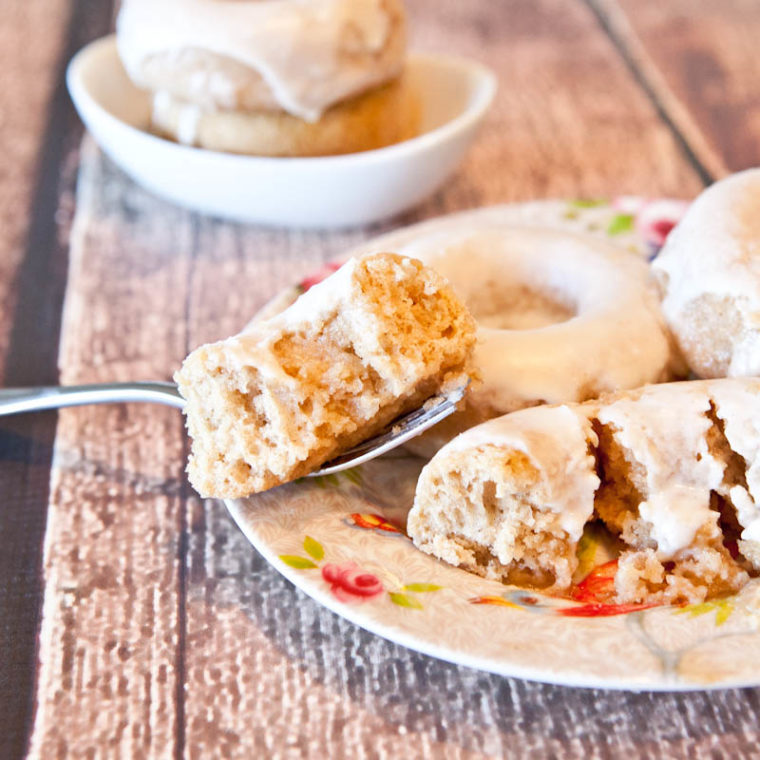 They are actually pretty heavy, dense, and very moist.   The texture reminds me of an underbaked muffin-top in some ways.  Gooey and thick, not light, airy or fluffy.

And frosting.  I paired the donuts with a vanilla cream cheese glaze that makes you want to dive in and bathe in it.  I actually like a little donut with my frosting.  A little coffee with my cream.  Can you relate? 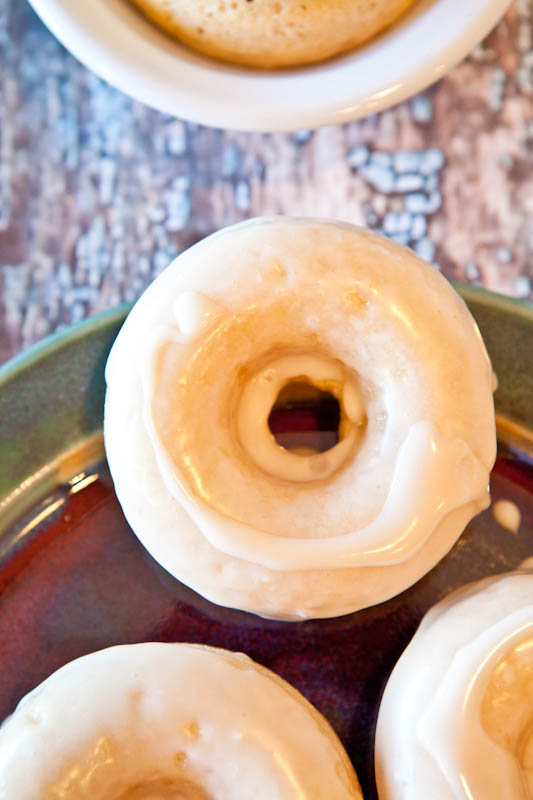 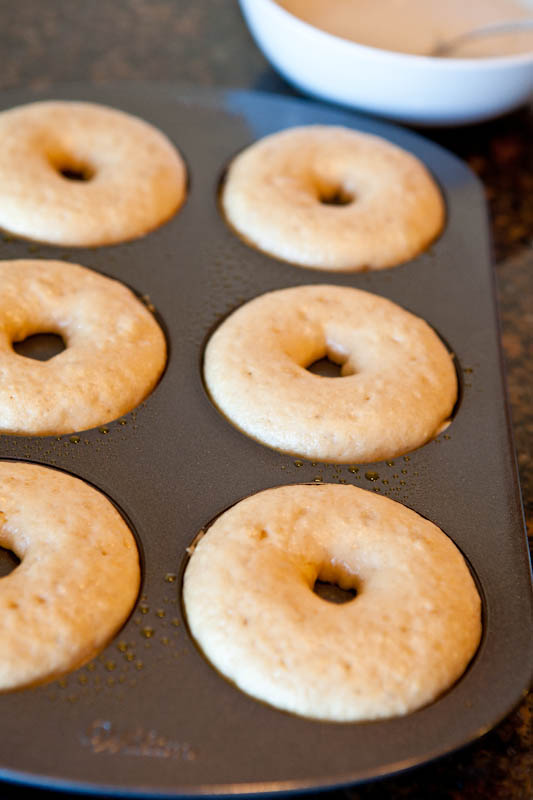 And if you really don’t want to do that, you can make these donuts as muffins in a muffin pan.  I tried that with the leftover batter.  The recipe yields what would be 7 donuts in my donut pan but rather than waiting for my one donut pan to come out of the oven, I made the remaining batter into two small muffins in my muffin pan.  I baked the muffins for about 15 minutes and they turned out just dandy.

The whole donut recipe from start to finish, including making them, cooling, glazing, and doing the dishes is 30 minutes.  That’s success.

But the fact that they remind me of Cinnabons is the best. 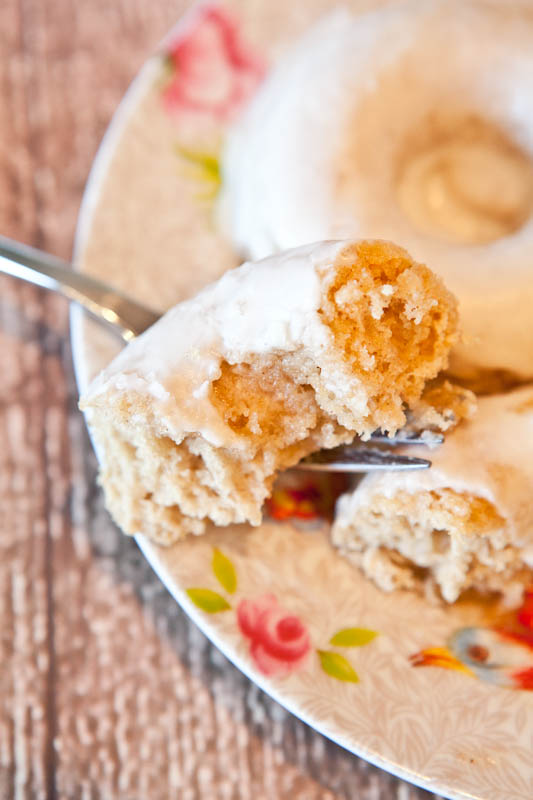 The recipe yields 6-7 donuts and we polished off 5 at once, right out of the oven. 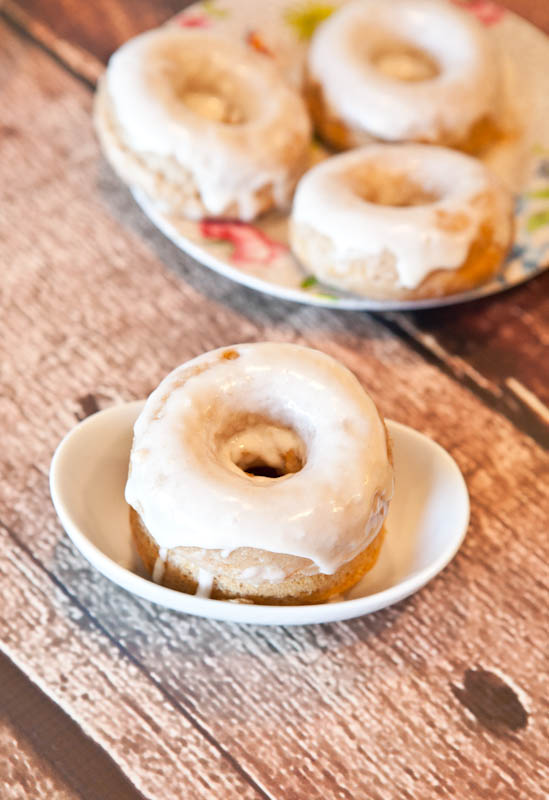 Bu there was that one, lone, straggler donut.  The next day, that straggler had become the perfect sponge for the cream cheese glaze. 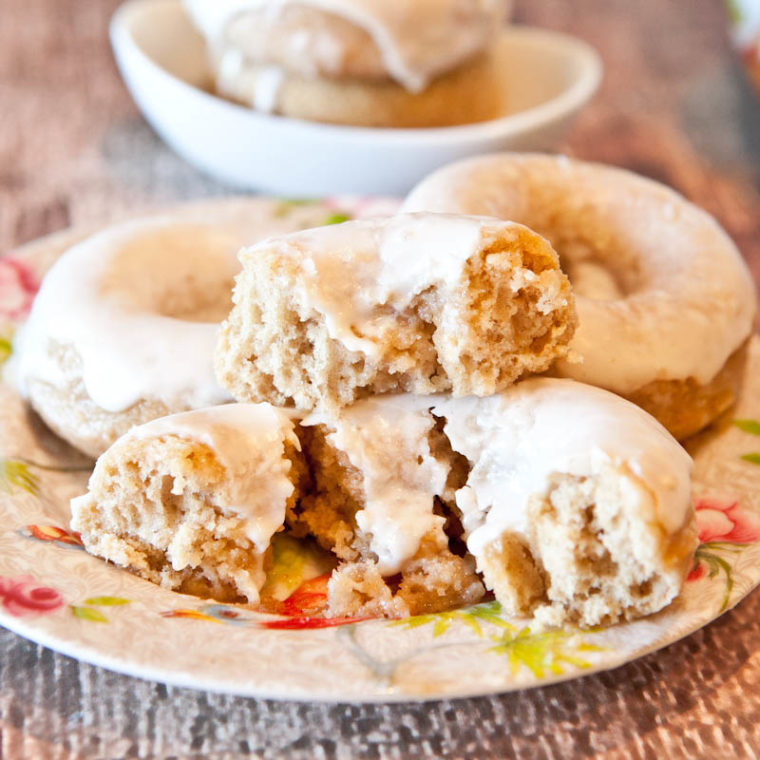 Soaking up all that magical stuff and getting even heavier in weight and more full-bodied with flavor, which is just the way I like my baked goods: heavy, rich, dense, and intense.

Couldn’t think of a better way to Christen my new donut pan than with these. 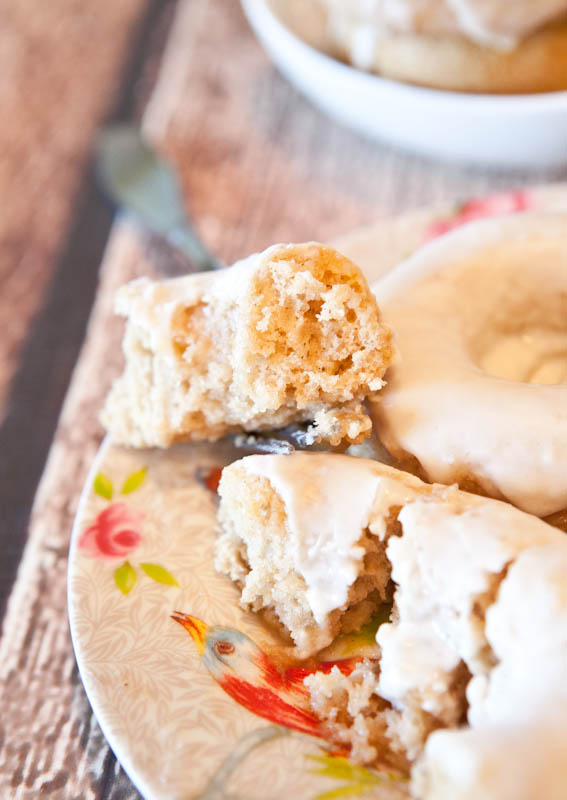 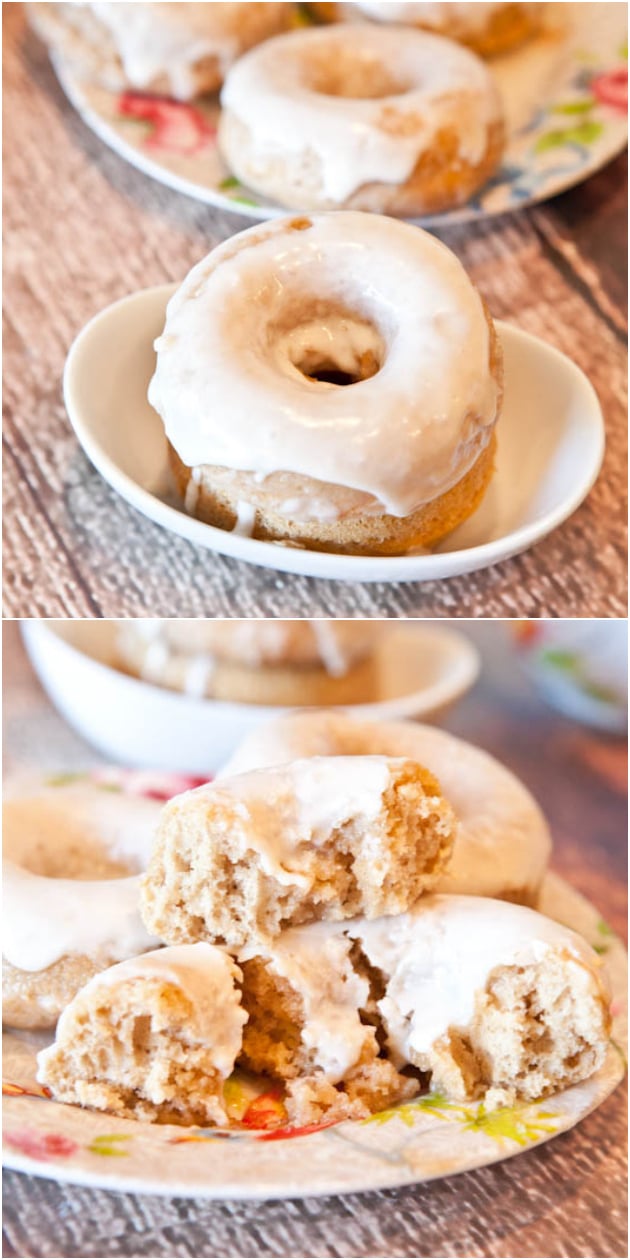 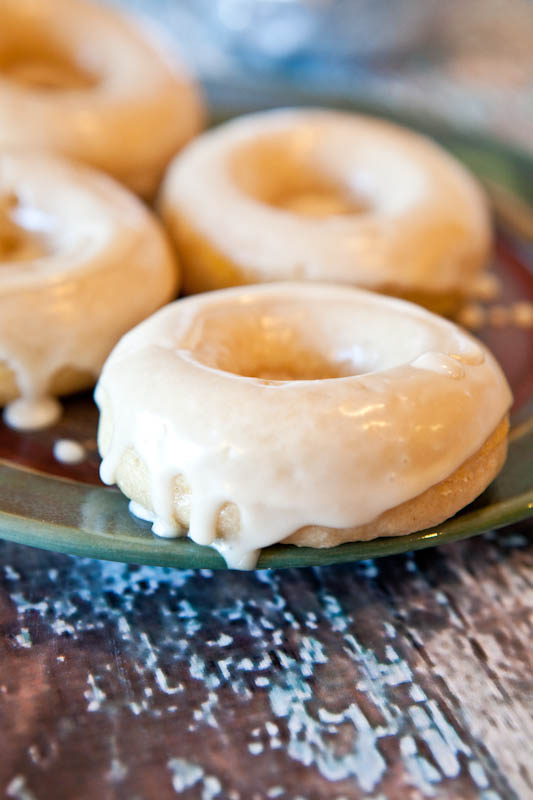 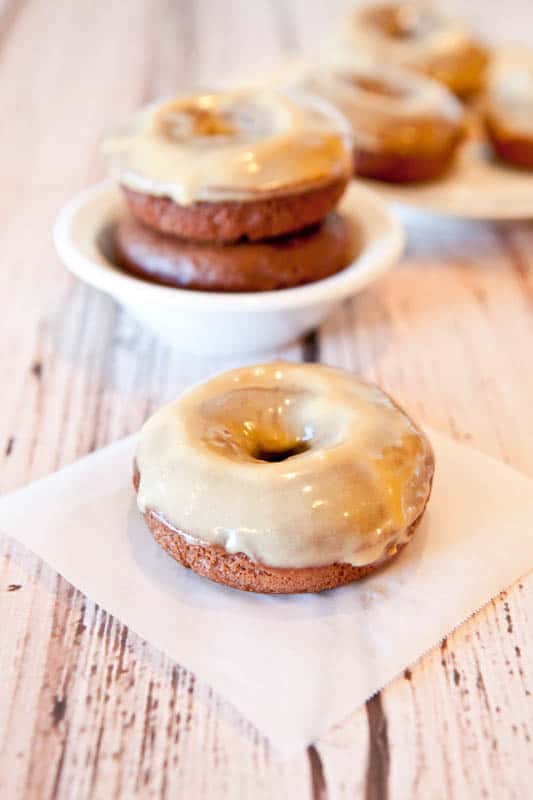