How’s this Holiday, and hopefully short, week been for you so far?  I just got back from sitting in on the yoga class I’m going to be teaching next week, like I mentioned before.  It was a great group of people and a lovely facility and I am so excited to get started teaching there!

And, there are just a couple more days til Turkey Day Tofurkey Day.  Just kidding, there will be no Tofurkeys here. But, I’m actually making a traditional Thanksgiving Dinner for One:  My Husband.  Skylar and I are of the veggie persuasion, but Scott adores traditional Thanksgiving Day fare, and since we have no family in town that I could just send him to to mooch a meal from, yours truly is cooking.  I have to brush up on my turkey & stuffing making skills.  I’ve got the raw vegan desserts down pat, though!

Speaking of which, I’m glad you enjoyed my Thanksgiving Desserts & Grocery Finds post.  I had great comments from so many of you.  Thanks for your suggestions about which dessert I should make.  Lots of you said, Make Both Apple and Pumpkin.  Love your thinkin’ on that!

My Vegan No-Bake Pumpkin Pie (Gluten & Soy Free, too!)  is really easy and in case you still have an extra can of pumpkin puree laying around, that recipe will help you use it right up, for sure. 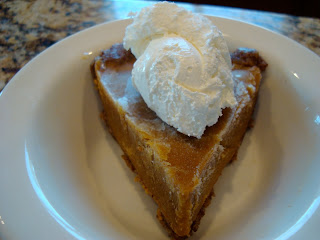 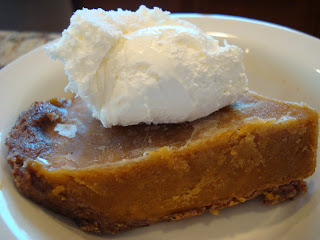 And the Raw Vegan Apple Crumble.  Totally a fave of mine.  I love that dessert! 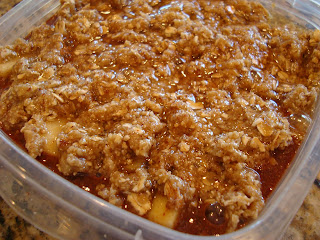 Especially the slurpy cinnamon-infused agave juice that I love to drink sauce.  Uhhh-huhhh, love it! 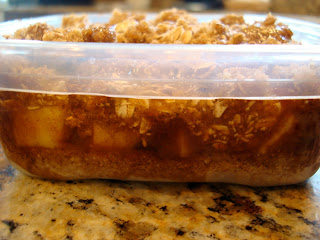 But moving along….
In case you’re not interested in making a Vegan Pumpkin Pie or a Raw Vegan Apple Crumble, then maybe I can twist your holiday dessert arm with my…

Raw Vegan Pumpkin Spice Donut Holes – 5 Minute Recipe   It’s extremely fast & easy.  And, other than the cooked pumpkin puree, they’re raw.  Some people get very technical & uptight about verbiage so I wanted to clarify for the undies-in-a-raw-bunch-crowd.  They’re no-bake but rather than screwing up all my existing labels & tags, I am just sticking with the word Raw. 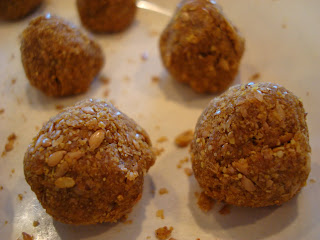 These little Vegan Pumpkin Donut Holes are light and airy because they are nut and date-free. 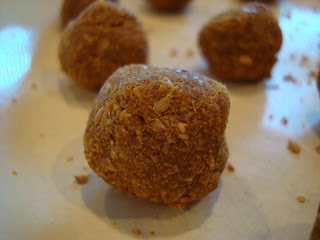 And they are pumpkin-ey and slightly sweet, without being over-powering in either of those departments.  Try a Raw Vegan Pumpkin Spice Donut Hole, you’ll like ’em!

Options, Tweaks, & Tips:
Substitute canned sweet potato, fresh or canned squash puree you may have on hand, or something else that floats your boat instead of the Pumpkin Puree.
Roll donuts in coconut flakes at the end
Roll donuts in cinnamon & sugar
Add Chocolate, Carob, or Raw Cocoa Nibs either in the mixture or dust over the top at the end
Add a Smear of Nut Butter or as a Dipper on the Side

Whatever you do, if you’re looking for a last minute dessert, these Vegan Pumpkin Spice Donut Holes are sooo fast & delish! 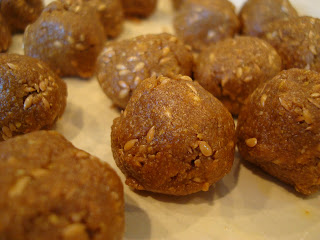 But maybe you’re not in the need of any dessert recipes and you’d like to roast some potatoes as a lovely side dish…
Well, I roasted these potatoes.  Maybe these will float your tater boat. 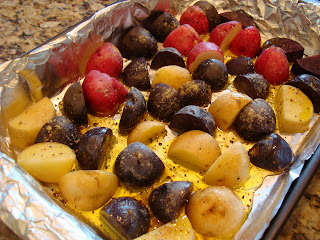 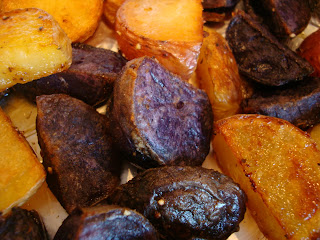 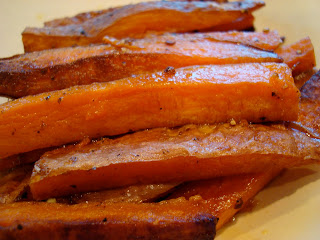 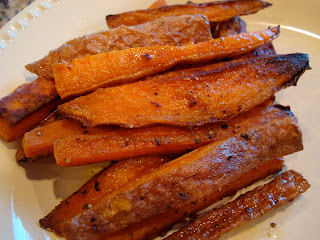 Or maybe you’re a Curly Girly and the Curly Sweet Potato Fries are where it’s at for you. 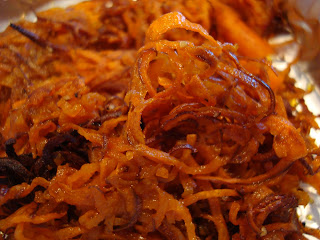 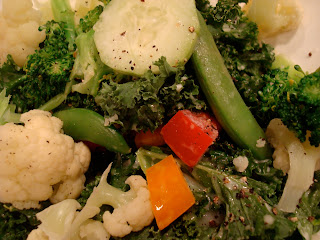 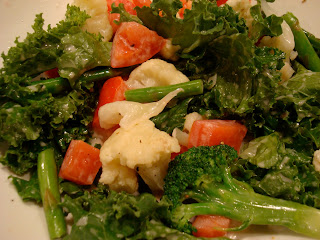 Or a Vegan “Cesar”-Dressing Inspired Salad 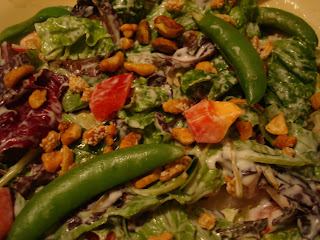 Or just a lovely, simple, Green Salad with… 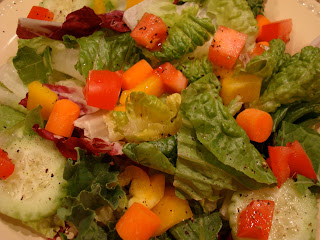 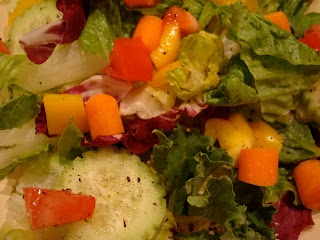 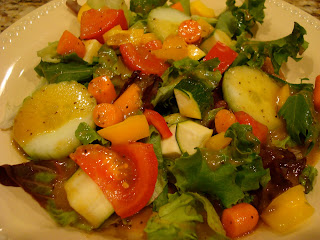 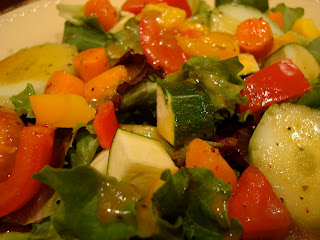 And Pop a Vegan Pumpkin Donut Hole for Dessert!
(or the Raw Vegan Apple Crumble or the Vegan No Bake Pumpkin Pie!)

Yoga and Tip of the Day: Camel (Ustrasana).  Open your heart chakra, let the love in.  And give extra special thanks & gratitude to the Universe this week for all the lovely blessings you DO HAVE in your life. 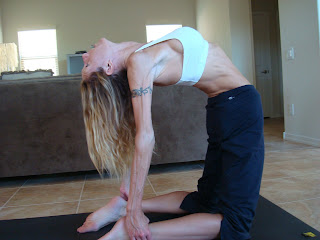 What’s your picture taking strategy on the holidays with Friends & Fam? Some families are very into getting that staged, perfect shot.  Other people roll with the impromptu & candid photos, but some people despise getting their picture taken, and nothing worse than an relative getting all bent out of shape over a “bad picture”.  Usually though, I think the candid shots are the best shots.  And for those of us with kids, we all know, that trying to plan or stage a photo op is like asking for trouble because it never pans out.  So I guess I lean more towards candid shots but I do enjoy getting a big massive, staged group photo, too.  What’s your strategy with holiday photos?