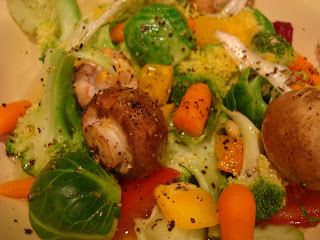 After after that I had a big bowl of mini carrots with Cinnamon Cumin Ginger dip that I didn’t snap a picture of.

Oh this was Sunday morning’s brekky…oats, smashed nanner, cinnamon and sug. Very tasty. Almost felt like dessert for breakfast according to Scott. 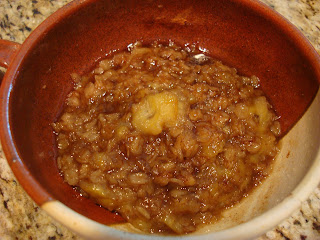 This morning’s chatarunga or to give the full name chaturunga dandasana. 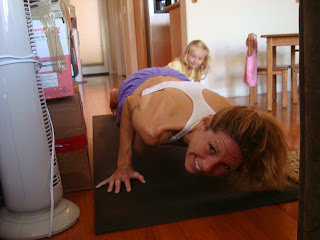 My Down Dog. Otherwise known as adho mukha savasana. 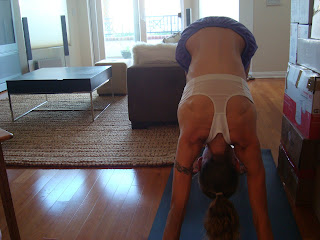 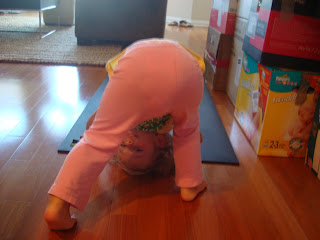 Snuggles n cuddles. Love that little presh soooo much! And I love that she does yoga with me. I never ask her or direct or even gently steer her into doing yoga. She just does it. And she busts into down dog in random places like Target sometimes. Who knows what goes through their little brains?! 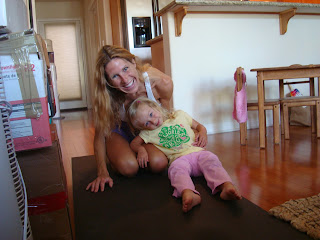 UPS man came by with some Jay. I was totally 100% out and thought my shipment was going to arrive Friday, and although I squeaked through the weekend, I was out for today so that was a little too close for comfort and I plan to order ahead of the curve next time. What’s everyone’s fave BRPP (not burp, brown rice protein powder)? Or protein powders in general, whatcha loving these days? No whey for me, though. Brands and flavor recommendations appreciated. Bring ’em on, please! 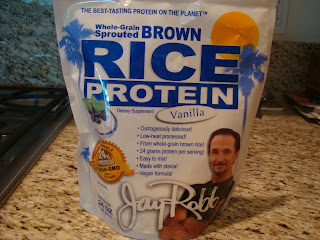 Then I set out to make raw vegan chocolate (freezer) brownies in the Vita-Mix. I had mentioned the full on recipe and step by step instructions in this post.
But basically it’s
1 c medjools
1/2 c raw walnuts
1/2 c cocoa. I admit, I cannot afford raw cocoa powder right now so non-raw is gonna have to do. And it does. And, I splurged on Organic Green & Black’s last time and actually, you’re not gonna believe this, but I prefer the Ralph’s/Kroger brand to Green & Black’s. Really, I do.
1/2 c or to taste of agave
Vanilla to taste
Dump it all in the V and blend. Maybe 45-60 secs on a level 7 or so for all you V users. 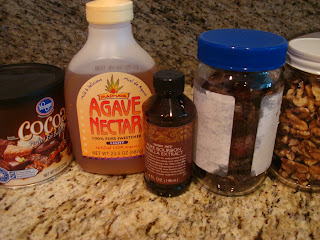 Finished wonderful brownies that were about to go into the freezer. After dinner, a few spoonfuls of these bad boys are gonna go down realllllyyyy well :) 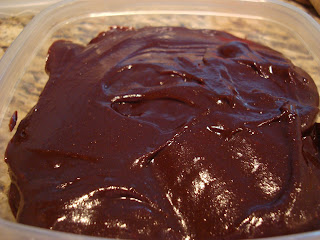 Tip of the Day: Be as organized as possible and declutter. And if you’re not naturally an organized person, give it the old college try and at least sort through one pile of clutter/junk/crap per day and throw away/donate/gift/rehome that which you just don’t need anymore. You’ll be amazed at how good it feels to get your stuff together, organized, neat n tidy, and it will pay off because you’ll feel more productive, really. It’s also such an emotionally free’ing feeling to have less stuff. I remember Kristin talking about it, too, in one of her posts. What do you all do to stay organized?