Happy Hump Day.  How has this week been for you so far?  I am flying solo today, Scott’s back on the road, but just for a day trip and then no more trips for at least 2 weeks so that’s great!

I really, sincerely wanna thank everyone for your supportive and reassuring comments from yesterday’s post about the but how do you get your protein comments I’ve been having.  Your kind words both in the comments section and in private emails mean the world to me and I feel so loved and cared about from you all.   I want to sincerely thank you!  Muah!!!

I know I’ve been hypin’ up the spiralized food like a used car salesman is hawkin’ hot cars, but really, I swear I feel like I am eating pasta when I eat my spiralized zuke noodles so I am just happy as a pig in shizzle about it.  Maybe I’ve been gluten free for too long or somethin’, but I Am A Believer, praise the Paderno.  Check out the zuke noods tossed with asparagus, carrots, and cukes. 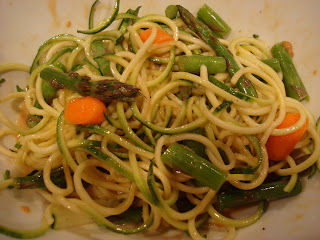 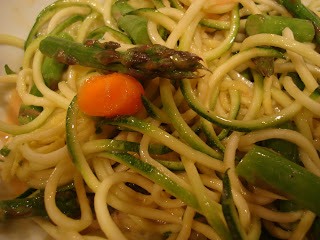 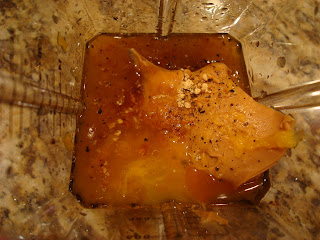 And in a bowl for drinking for later….it’s really quite supurb if I do pat myself on the back, and you may just wanna drink it. 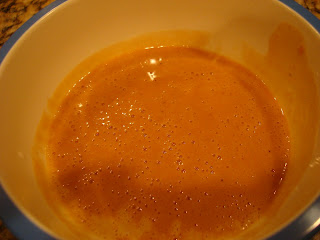 And it’s all pooled up by the zuke noods.  Slurp, slurp. 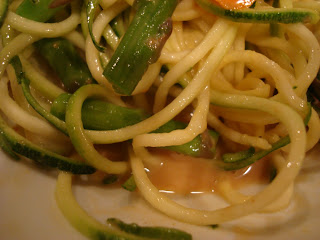 I’m switchin’ it up to have you feast your eyes on a raw vegan dessert I made.   I’m callin’ it Raw Vegan Cinnamon Apple Crumble.  The recipe just kinda came to me as I was out for a run.  In retrospect, there are other spices like nutmeg or cardamom, or maple syrup in place of agave, that would work really well too.

But here goes what I did… 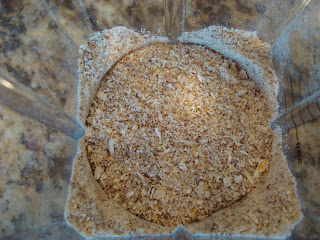 Then, added 3 large medjools and a drizzle of agave and in 30 seconds I had my crust. 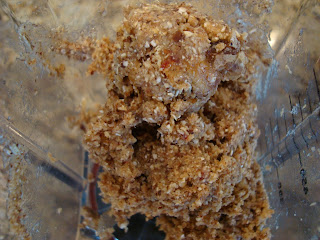 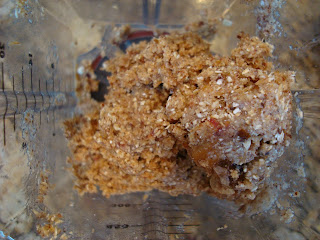 I smooshed about 2/3rd’s of the crust mixture as best I could into the bottom of a small square Gladware container, just to give ya portion perspective.  This is not a big dessert by any means. 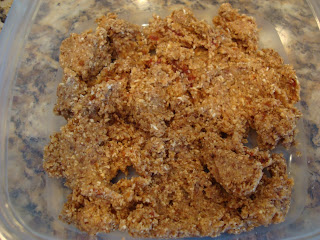 Peeled & sliced one apple and laid it on top the crust 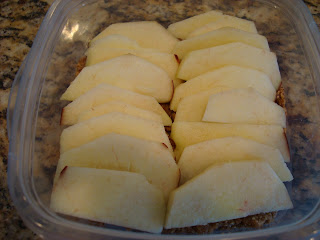 Sprinkled cinnamon and a drizzle of agave over the top 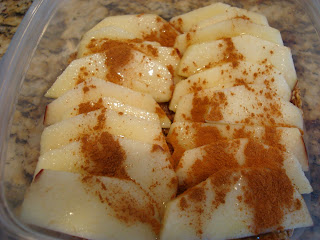 Then took the remaining 1/3rd of the crust mixture that was still hangin’ out in the Vita canister and added another 1/4 c oats, ‘nuther drizzle of agave, dash more of cinnamon, & 2 Tbsp brown sugar (omit if you wanna be totally raw and just roll with the agave action).  Now you’ve got your Sweet Crumbly Topping. 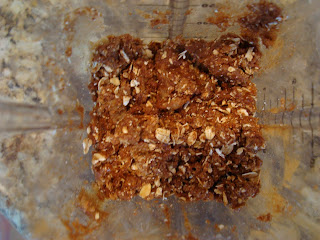 Crumble your crumbly toppin’ over the apples 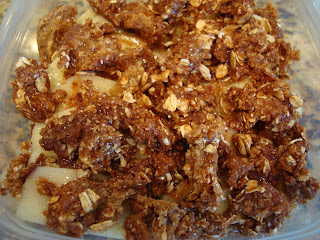 Another squeeze o’ the agave bottle optional.  Can anything really ever be too sweet?  I think not.  Squeeze away. 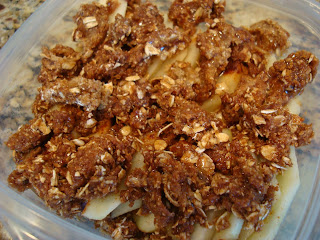 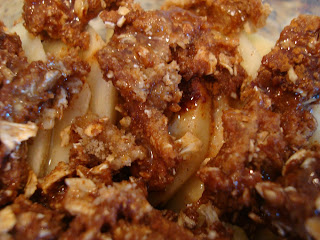 And I had a solid 1/2 to 3/4 c of leftover crumble topping which I put into a bowl.  This will be great over fruit, nanna softserve, or just to munch on. 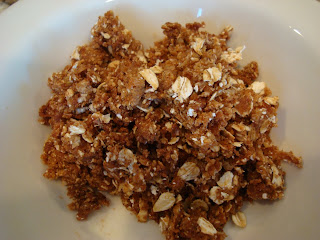 This is how Ms. Crumble was lookin’ after 8 hours in the fridge 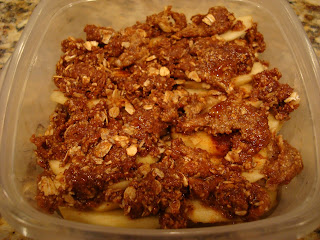 Things got crunk up in herre when I put Ms. Crumble on top of the Nanna Softserve from the day before.  And added a very un-vegan slab ‘o Cool Whip for Scott. 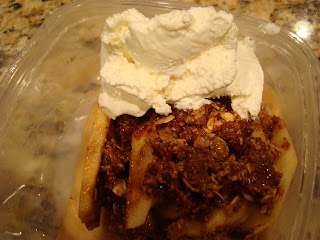 Hope you enjoy the fall season with a raw vegan apple crumble….num!  Tell me what you like to make now that fall is comin’ around? 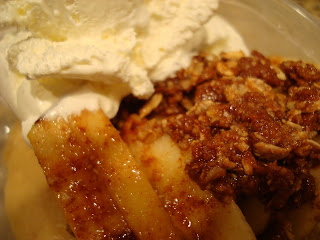 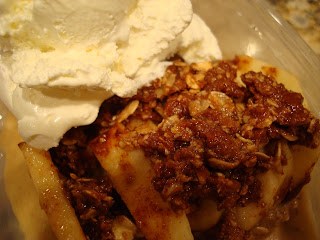 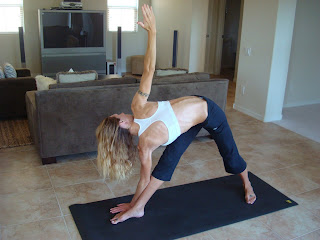 Tip of the Day:  My Chia GiveAway
ended and the winners were announced, yay for Alison and Janetha!

But there’s still time to get in on the NuNaturals Stevia GiveAway that ends on Friday!  As I mentioned before, I think I am going to scale back on the GiveAways for a bit after this current round ends, so if you want to score some free shizzle, now’s your chance!