Boyfriend Brownies (Chocolate Chip Brownies) — Thick, rich, and a chocolate lover’s dream!! Fudgy in the center with chewy edges and studded with chocolate chips! If you’re craving chocolate, this EASY homemade brownie recipe is just what you need!!

I have no idea why these are called boyfriend brownies, but I came across this chocolate chip brownie recipe recently. Between the two bags of chocolate chips in the recipe and the clever name, I knew I had to give the recipe a try.

They are fudgy in the center with chewy edges and studded with chocolate chips. They are not quite as fudgy as some of my other brownie recipes, such as Turtle Brownies, Loaded Oreo Cream Cheese Brownies, or German Chocolate Brownies, but they are by no means cakey.

Those other brownie recipes are closer to eating straight up fudge, whereas the boyfriend brownies are not quite to that extreme. They are quite thick and have a crackly top which is always a bonus for me.

You get a bit of texture from chocolate chips that are stirred into the batter. 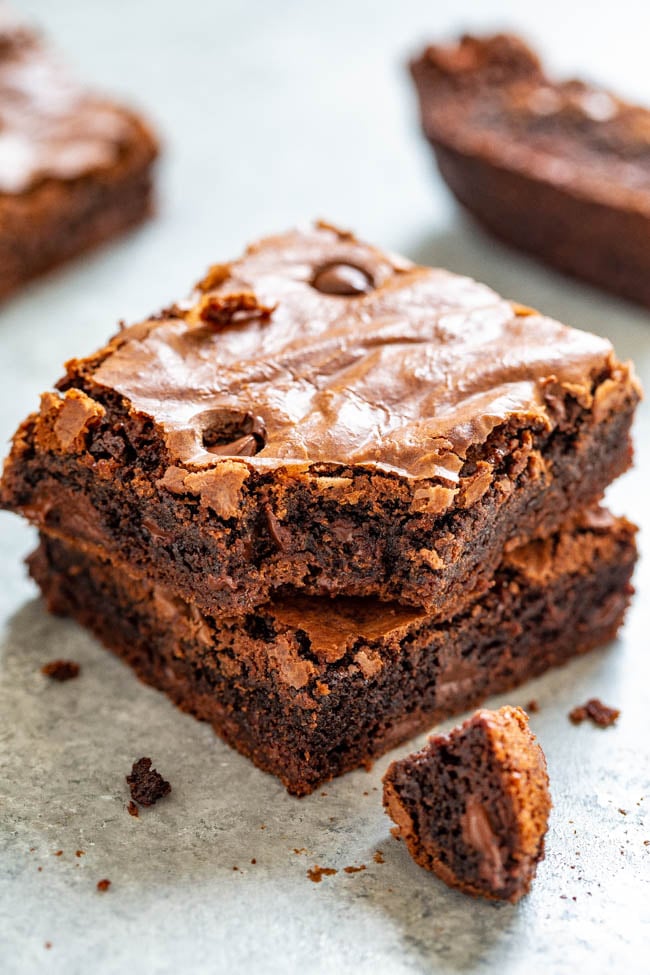 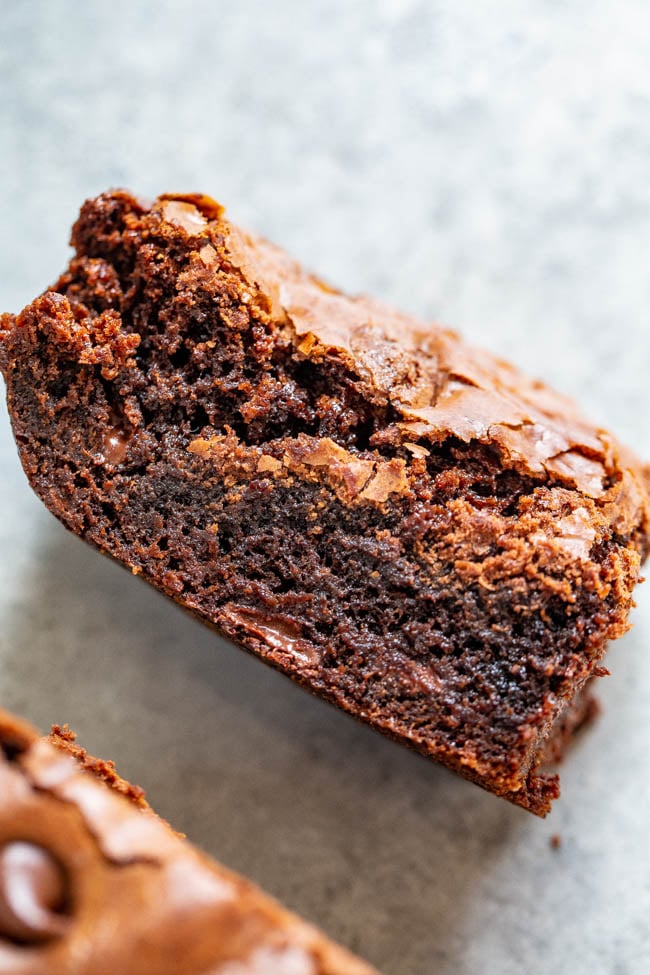 How to Make Chocolate Chip Brownies

Simply melt together butter, sugar, water, and stir in a bag of chocolate chips until they melt.

Add eggs, flour, and stir in another bag of chocolate chips before baking the brownies.

If you don’t care about neatness, I would dig into them as soon as they are sufficiently cool and top them with a big scoop of vanilla ice cream. There’s nothing better than warm brownies with ice cream.

Can I Halve This Recipe?

Most likely, yes. I imagine you’d need to halve the ingredients list and simply bake in an 8×8-inch pan.

How Long Do Brownies Last?

These chocolate chip brownies will keep airtight at room temperature for up to 5 days.

Instead of water, you can use coffee if you want to enhance and complement the chocolate flavor even more.

I recommend underbaking these homemade brownies with chocolate chips by just a touch because gooey and a fudgy reigns supreme for me when it comes to brownies. The longer you bake or overbake them, the faster and more prone to drying out in the subsequent days they will be.

If you want to slice the brownies neatly, let them cool for 30 minutes to an hour before slicing them.

Storage: Brownies will keep airtight at room temp for up to 5 days.

ALL OF MY BROWNIE RECIPES!