It was not my day yesterday.  After a series of small annoyances throughout the day, the final straw was that my iPhone was stolen out of my purse. 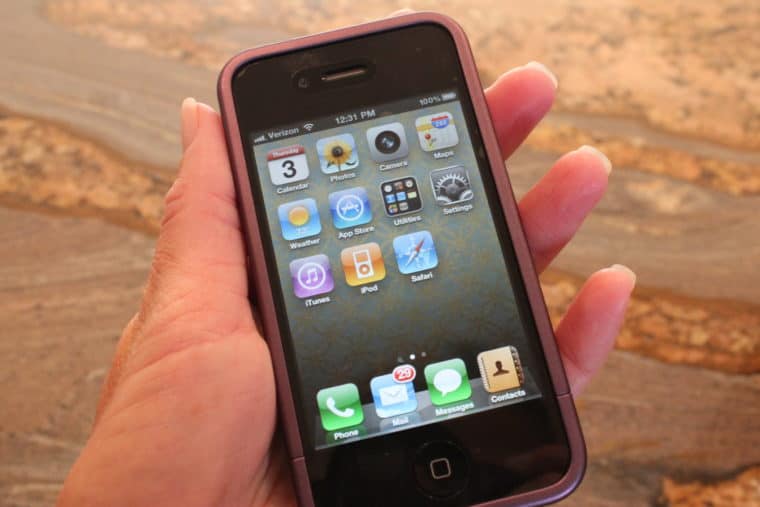 Yes, this is a recycled photo because that phone is long gone.

I only had it for 6 weeks!  I have never had a cell phone stolen and only lost one (left it on an airplane) in the decade+ that I’ve had cell phones.  And yet my nicest, and most expensive phone, was stolen in 6 weeks.

I don’t want to go into the specifics and nitty gritty details, but yes, it was stolen and not lost.

I don’t “know” the person who did it.

I did not witness the actual act of the stealing with my own two eyes but did witness the person (whom I’m 99.99% certain stole my phone) running for the door.  I thought, that’s odd but didn’t think much of it.

Five minutes later I realized my purse zipper was open half way, and my purse seemed lighter, but I didn’t really think much of it.

Twenty minutes later, I connected all the dots when I went to see if I had any new emails and my phone was not in my purse. 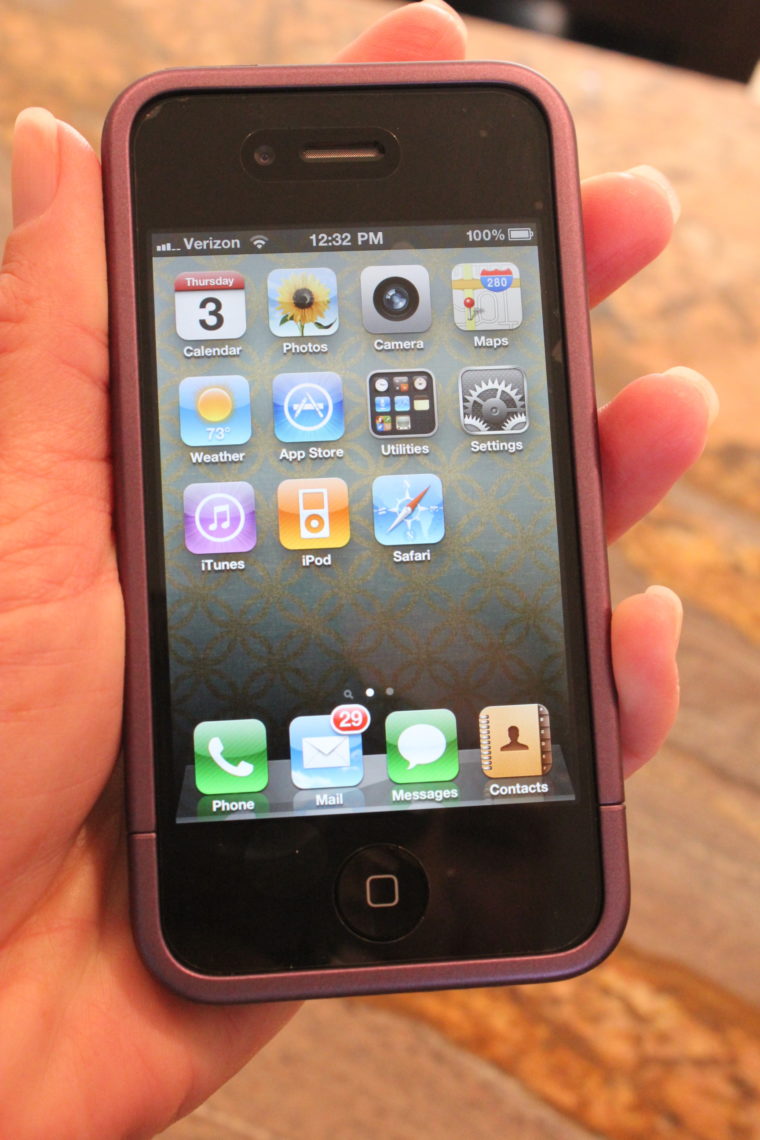 I had purchased insurance on it (twisted foreshadowing, see Question 3) and I filed a claim on it.

An ironic twist was that when I was trying to pay the $199 fee with my American Express to have a new phone sent to me, Amex thought that was a fraudulent charge and so mid-claim and mid-transaction, I had to hang up with the phone replacement company, call Amex, and let them know the charge was legit.  I have been cardmember for 10 years and that has never happened.

The iPhone is being shipped overnight to me and I should have it Wednesday.  In the meantime and using my old Blackberry.  It feels like such a relic!

Service was supsended on the stolen iPhone within hours or the crime and the serial number was reported as stolen so if anyone tries to activate that phone, it will come up as stolen and they won’t be able to turn it on.  I am sure there are ways around this because sadly, thieves can be very clever but I did what I could to make it very difficult for my stolen phone to be easily used by someone else.

I tried to track and Find My iPhone and had even set up my iPhone with the Find Me capabilities, but unfortunately, there is no data/GPS position coming up for my phone. Boo hoo. If you do have an iPhone though, check out those links.  Worth a shot to set it up because you never know.

The only thing left to do at a time like this is eat chocolate. 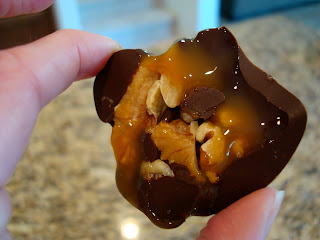 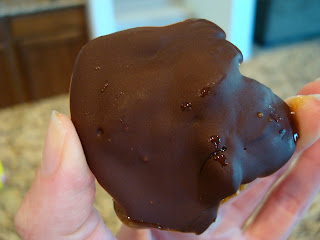 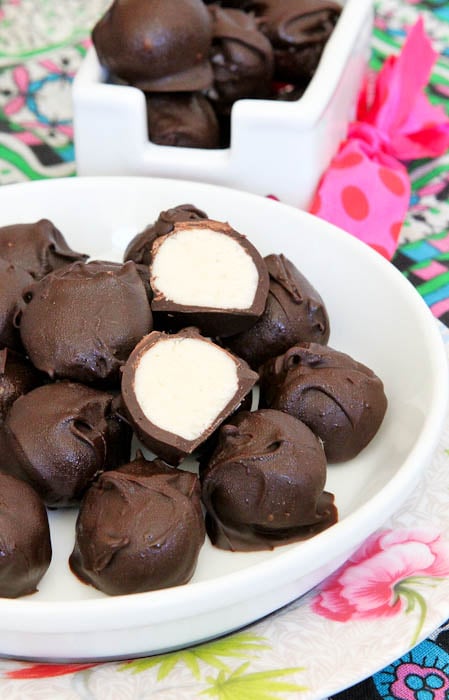 From my last post on Tofu Tips, I am glad you found my tips helpful.  Yes, tofu can be tricky to make at home but once you have it down, it’s so easy and you’ll be glad you know how to make it at home.

Thanks for sharing your favorite recipes and ways you like to prepare your tofu, too!  I loved reading everyone’s strategies and tofu making tips and tricks.

1. Have you ever had anything stolen?

I think we all have had things stolen from childhood bicycles to hair brushes in the high school locker room to various electronics or gadgets that just seemed to “walk off” on their own in college dorm room living to whatever else.

Sadly, I have had my car broken into before and the thieves did steal my purse but I was young and the purse itself was cheap and there wasn’t anything too valuable in it.

However, just the act of having to call all your credit cards and stopping them, waiting for new ones to arrive, getting a new driver’s license or ID, it all takes hours and hours and hours of valuable “life time” just handling it.

And it seems to go on and on because six months later I’d be looking for someone’s business card and realize that oh, that was part of the stolen purse situation and then I’d have to track down the person’s info and number another way.  Such a frustrating timesuck!  The gift the just keeps giving, so to speak. Ugh.

As a kid I had bicycles, Barbies, dolls, toys and that kind of thing stolen.  As a kid it’s so hard to wrap you mind around why someone would steal.

My sister’s apartment was robbed when she was in college and she lost everything from money, electronics, to my Grandma’s jewelry and family heirlooms.  So sad.

As an adult, I still don’t get it!

What good was my phone (I also had it password protected!) to someone else?  They can’t use it because the service is suspended and they can’t turn it on because it’s on the blacklist of Hot phones, and therefore can’t sell it.  And, in the process it costs me time, money, energy, and frustration to replace it.  I just don’t get it!

2. Have you ever lost or had your phone stolen?  How did you feel?

We are all so dependent on our phones to do more than just be our phones.  They are mini computers, they hold our music, photographs, contacts, our appointments, and are really lifelines to the modern world in which we live.

At least I have my Blackberry to use, but I feel lost without my current phone.  For the record, love the iPhone wayyyy more than Blackberry.

But whatever.  At least I “got this out of my system” now for awhile.  I should be good to go for a long time without any black clouds, right!  The only thing you can do at times like this is just let out one big GAH!!! Scream, then shrug it off because stressing about it (or replaying the events and how or why things happened) isn’t going to bring my phone back.   So just shrug it off and…

…I have something fun that I am off to do this afternoon.  It couldn’t come at a better time.

Have a great day!

« Previous PostTofu Tips
Next Post » A Little Birdy Told Me