These are some of the best brownies I’ve ever made. Fudgy brownies with a cream cheese filling and Oreos baked in. That can’t be bad.

If you need a superstar brownie to impress a crowd, this is the recipe to do it. The brownie base is adapted from The Best Turtle Brownies, which I also adapted for my Pumpkin Cream Cheese-Filled Brownies, and Andes Mint Brownies.

It’s a fast, easy, one-bowl, no mixer recipe that’s as easy as using a mix. The cream cheese brownies are ultra fudgy, not at all cakey, ridiculously rich, boldly chocolaty, and the Oreo pieces add incredible texture.

The cream cheese filling is tangy-yet-sweet and perfectly offsets the dark richness of the brownies. The cream cheese is a bit squishy and isn’t dense like cheesecake. The softer, more squishy texture is a great contrast to the dense, fudgy brownies and crunchy Oreos.

I prefer to serve these Oreo cheesecake brownies slightly chilled and store them in the fridge. Plus with the cream cheese, it’s a safer bet. The bonus is that they’ll last a long time in the fridge which is great if you need a make-ahead dessert.

But they didn’t last long here. Must have been all that late-night row straightening. 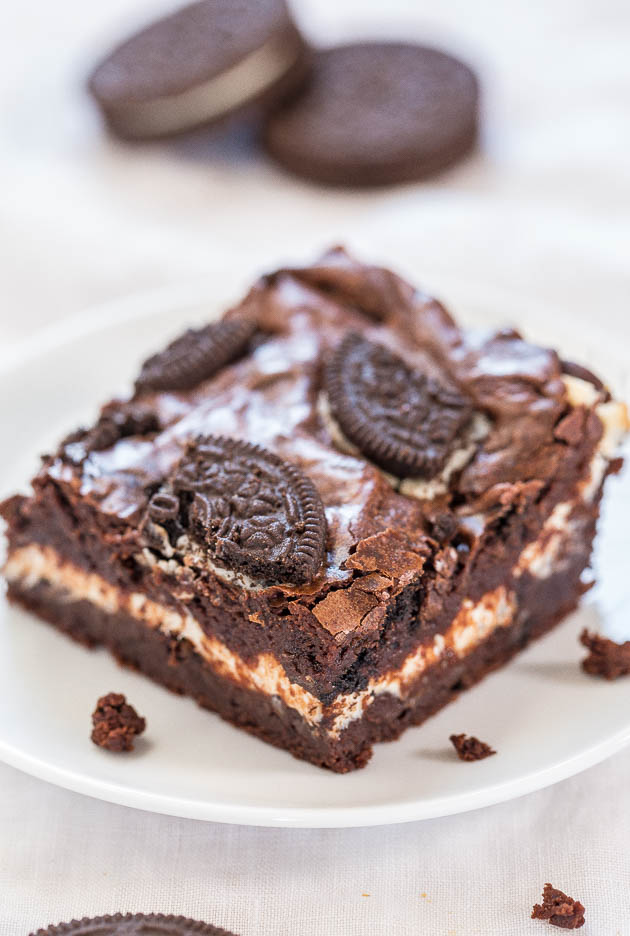 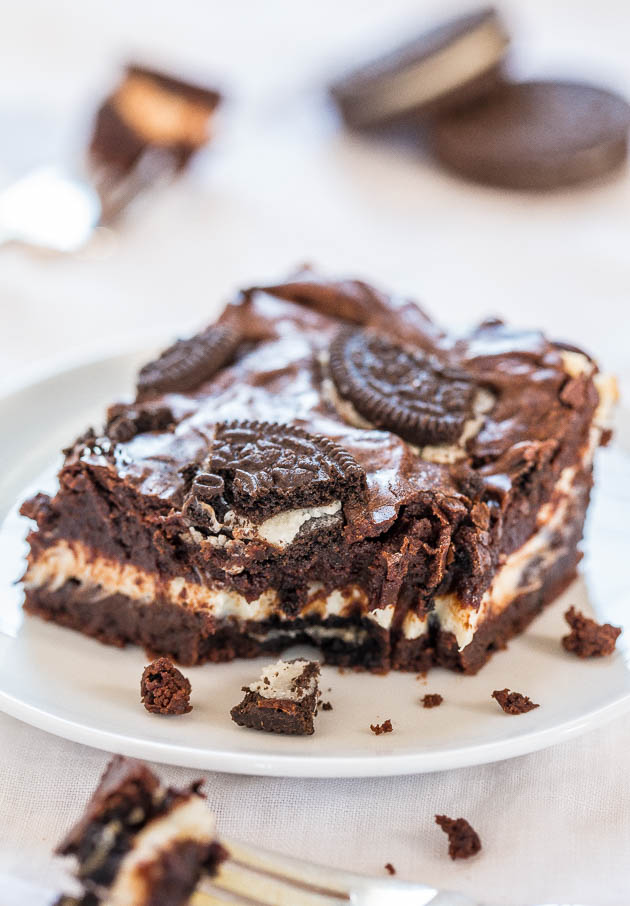 These Oreo brownies are super easy to make — creating the cheesecake layer in the center takes barely any extra time to whip up! You’ll first need to melt the butter, then stir it into the wet ingredients. Add the dry ingredients to the wet, making sure to reserve some crumbled Oreos for the top of the brownies.

Bake the Oreo brownies until the center has just set and is no longer glossy. You’ll then need to let these Oreo cream cheese brownies cool completely on your countertop before popping them in the fridge to fully set. 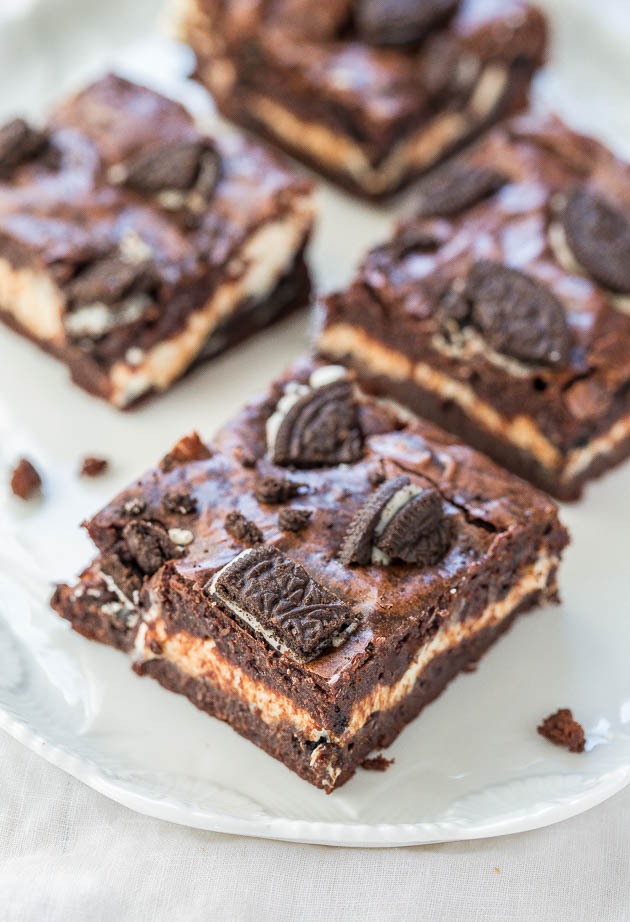 No, neither the brewed coffee nor the espresso granules make the Oreo cream cheese brownies taste like coffee. Both simply enhance and round out the chocolate flavor.

Yes, you probably can. You’d need to bake the Oreo cheesecake brownies in a 9×13-inch pan in that case.

After melting the butter, allow it to cool momentarily before adding the eggs so they don’t scramble. If you do wind up scrambling the eggs by mistake, throw them out and start afresh. Trust me, you do not want to add that to your brownie batter!

When spreading the cream cheese layer atop the brownie batter, rather than allowing it to ‘plop’ out of the mixing bowl in one area of the pan, try to dollop it out in small ‘clumps’, which makes spreading it neatly much easier.

Also note that when testing the brownies to see if they’re done, the toothpick test is fairly unreliable because you’ll hit white gooey cream cheese, but the toothpick should come out clean or with a few moist crumbs, but no brownie batter.

Baking times will vary based on climate, oven, exact brands of ingredients used, etc. 30 minutes in my oven yields extremely moist, fudgy brownies. If you prefer yours more well done, live in a humid climate, etc. you may wish to bake a few minutes longer. Always bake until done, whatever time that means for you.

ALL OF MY BROWNIE RECIPES. 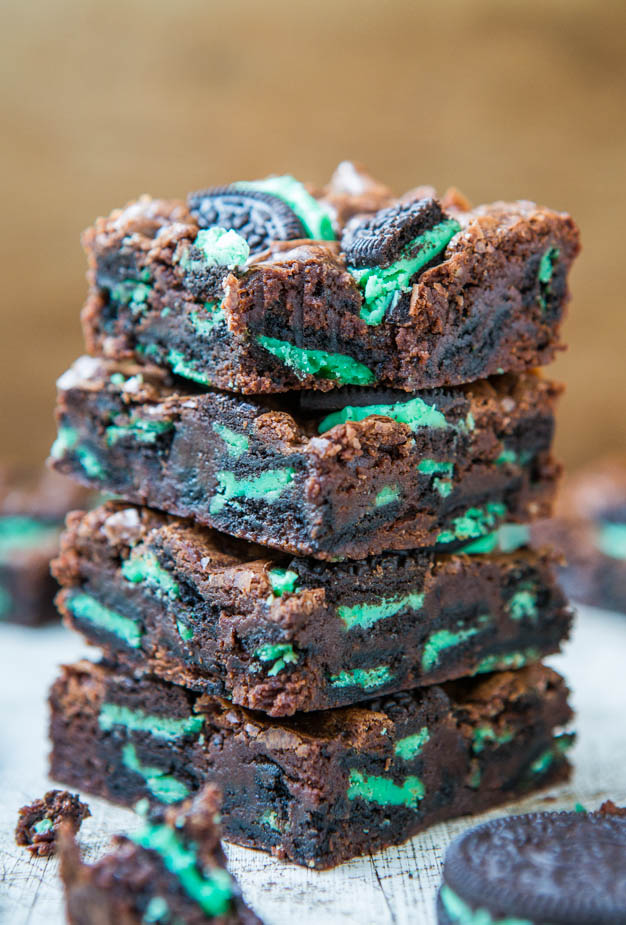 Starbucks Double Chocolate Brownies — The brownies are rich, fudgy, not cakey, perfectly chewy, and so easy to make. One bowl, no mixer, and studded with chocolate chunks! 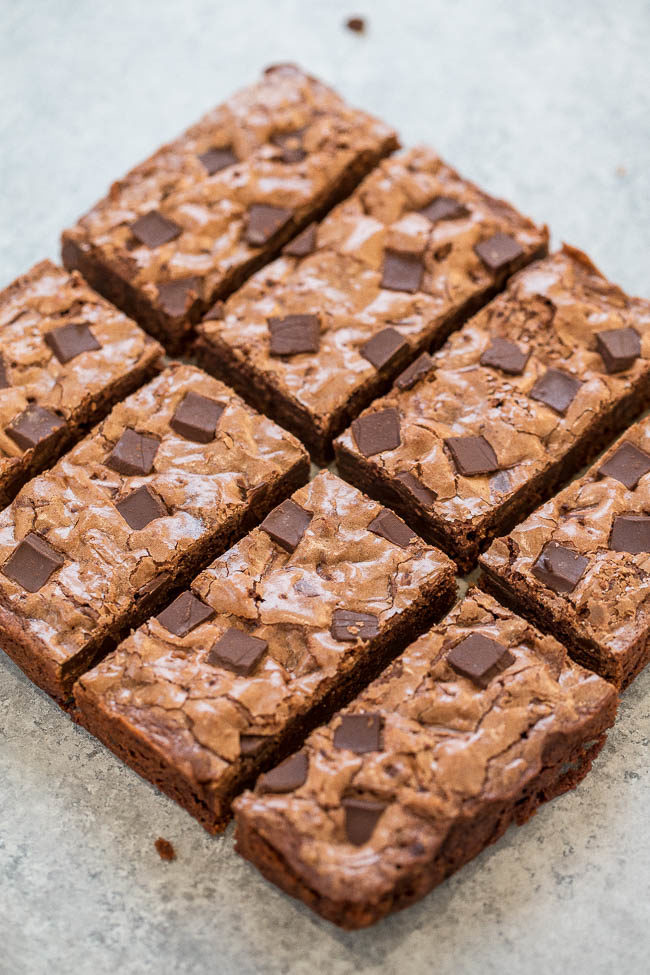 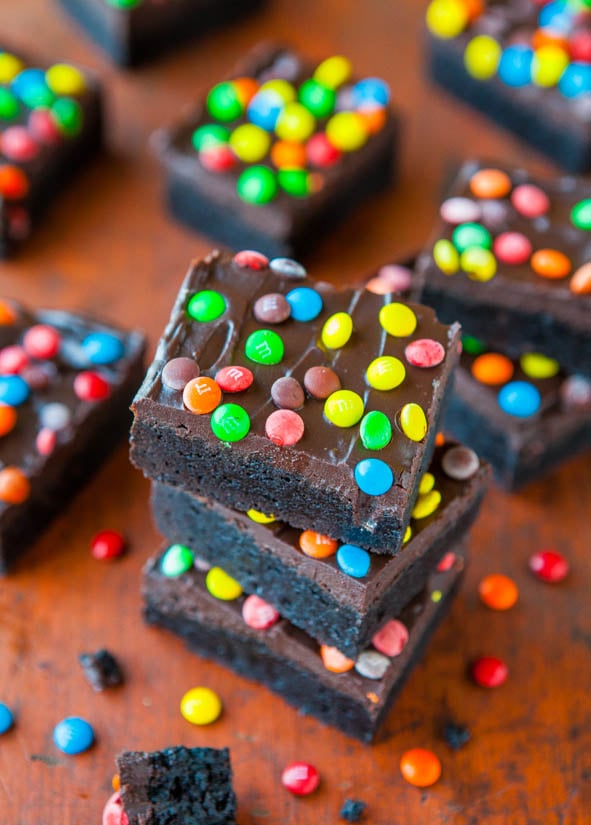 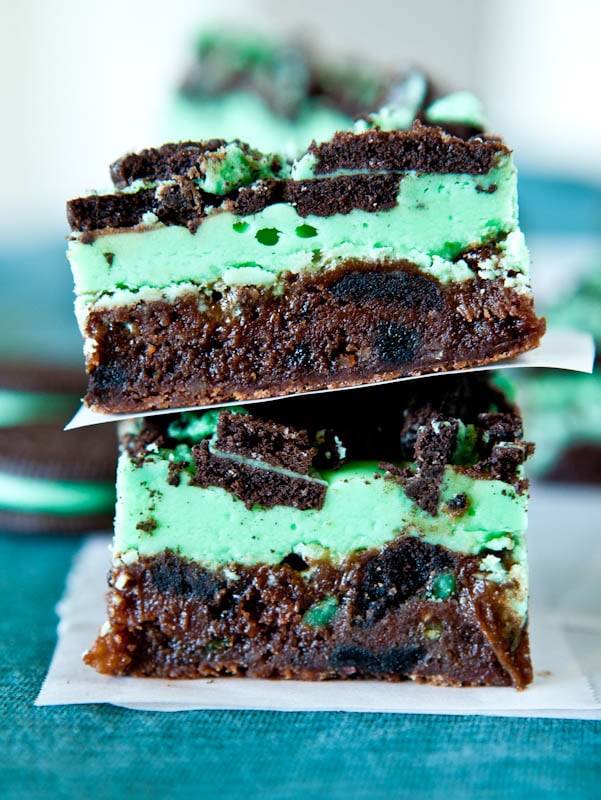 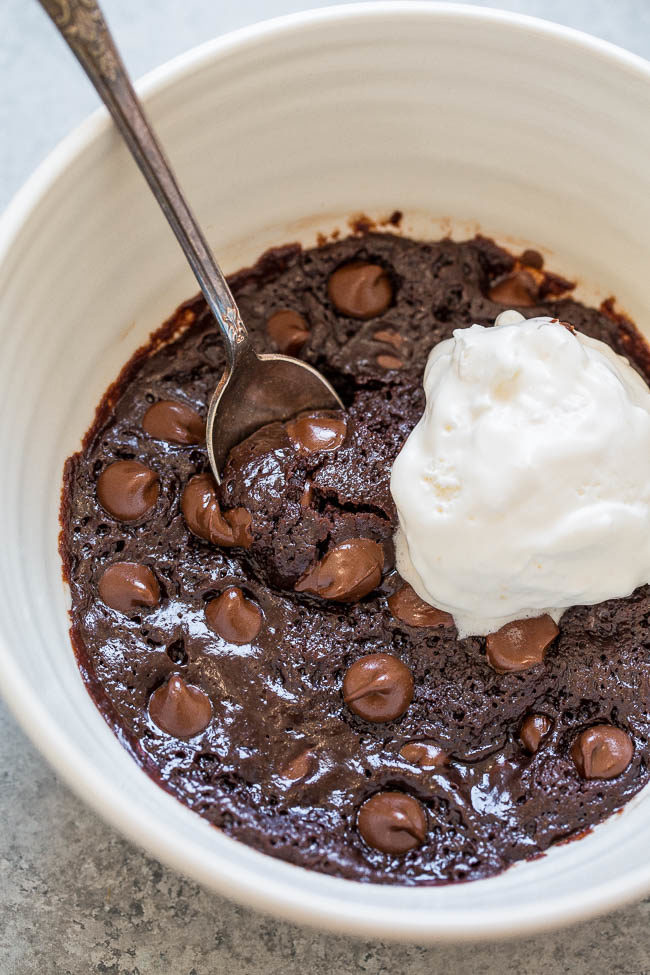 One-Minute Microwave Brownie — When chocolate cravings strike, make this EASY brownie recipe in one bowl, without a mixer, and it’s ready in ONE MINUTE!! Rich, FUDGY, decadent, and accidentally vegan!! (no dairy, no butter, no eggs!)