Happy Humpy Day, Bloggies.  I’ve been humpin’.  Not that kind.  Humpin’ in the kitch.  Rather than regale you with all kinds of green vegetables and unseasonal fruit pictures, although they’re lovely, I thought I’d just cut to the chase and give ya what ya want….dessert.

As I mentioned in yesterday’s post with the Maple & Flax “Peanut Butter” Pancake-Cookies, I have been puttin’ Ani’s Book to serious use.  I’ve been humpin’ with her.

The crust.  I put:
1 c of almond meal
2.5 large chewy dates into my VitaCruster… 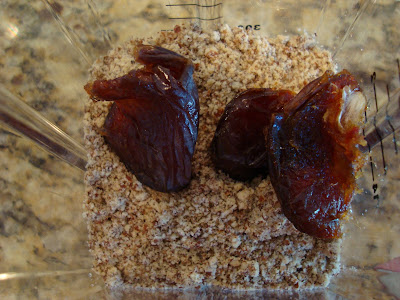 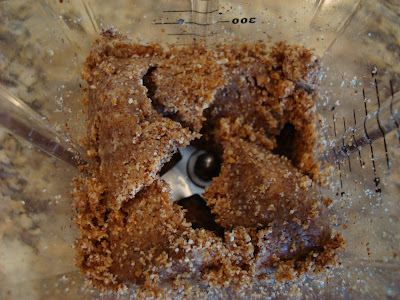 I smooshed the crust mixture it into my container… 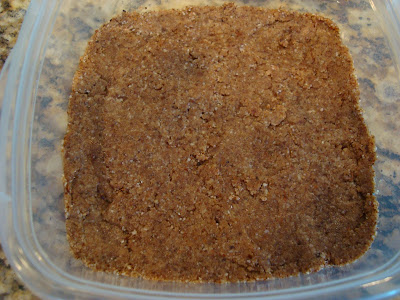 …And got to work on the filling. 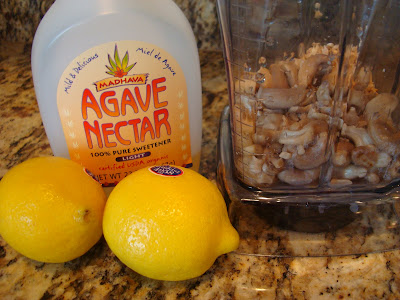 I blended those ingredients and in the VitaCreamer for a couple minutes because I wanted this filling perfectly smooth. 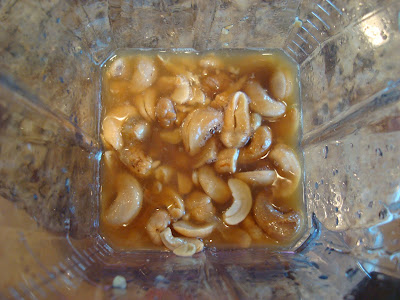 As a sidenote, in about 45 more seconds, I would have had cashew butter.  Note to self…that would be hot diggity yummy, too. 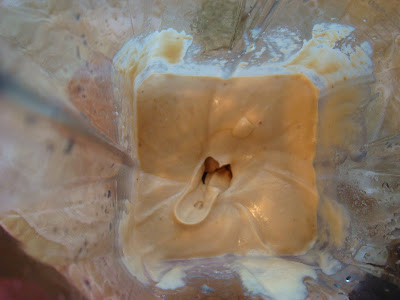 Off the chain good.  Super Thick! 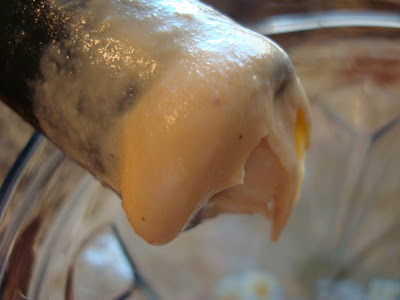 …and sweet but still has the signature tart of cheesecake.  It’s very faintly lemony but actually really more of cheesecake filling than say lemon custard or a lemon-based filling.  Don’t be scared off by the lemons.  However, if you are goin’ for a lemony cheesecake or a lemon creme or lemon custard, very easy, just add more lemon juice to the cashew mixture.

I took the Filling and spread it over the crust. 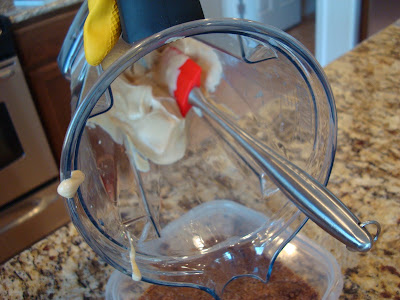 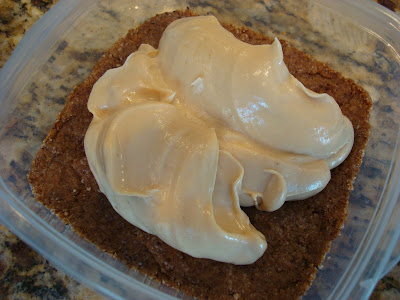 And Raw Vegan Cheesecake was born. 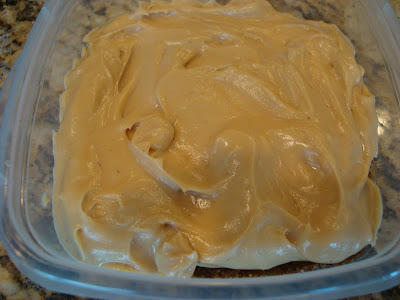 Look at that my friends!  Thick-n-luscious.  And no, I’m not talking Kim Kardashian’s hair.  I’m talking this raw vegan, totally authentic-tasting, cheesecake filling on top of the sweet crust. 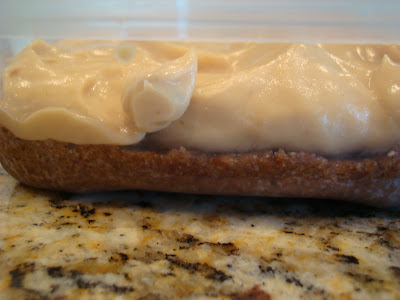 I even had leftover filling and so I popped that into a little dish & popped ‘er into the freeezah to either eat as a midnight snack or share with hubs. 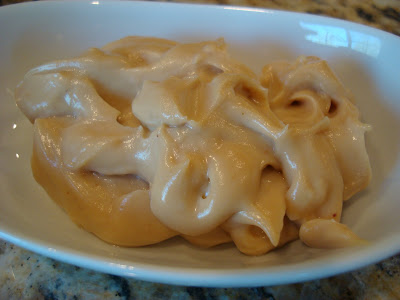 I popped the whole cheesecake into the freezer.  The fridge would be fine, but if you’ve been paying attention to my past posts, you know I like things chilled and so the freezer it was.  You could get 5 days storage in the fridge and much longer in the freezer.   Really, is it gonna last you 5 days?  I think not. 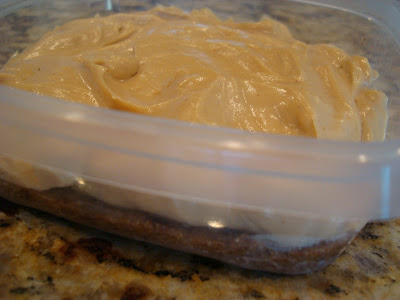 So there you have it.  Raw Vegan Cheesecake.  I am also proud that it’s soy and gluten free, too.  So many vegan desserts use flours with gluten in them, such as wheat or spelt (yes, spelt still has gluten in it even though it’s “wheat-free”, it ain’t GF).  And, most vegan cheesecake recipes start off with a slab ‘o tofu (soy) and that won’t work for my food intolerances so I nix the soy around here, too.

Anyway, thanks for your comments in the last post on Maple & Flax “Peanut Butter” Pancake-Cookies, that you’d like to see more recipes, hopefully this one is a winner for ya!  When you all say “more recipes”, are you implying dessert recipes?  Do Tell!

Yoga today is Natarajasana, aka Dancer Pose or Lord of the Dance Pose. 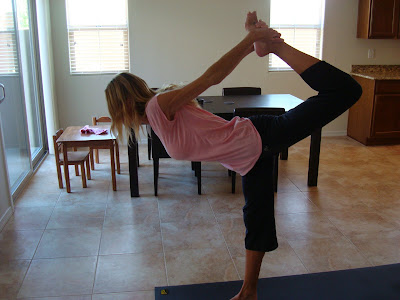 Tip of the Day:  I’ve been getting asked about this alot lately.  Many of you sweeties have written me saying you wanna see recipes that don’t require special kitchen equipment.

Two thoughts:
First, you don’t need a Vita-Mix, but you do need a food processor/blender/Magic Bullet or something to blend and whir ingredients.

Second, you don’t need a dehydrator.  If you are truly motivated to keep your eats raw and this is a life-path for you, spring for one.  But if you’re just tryin’ to make nummy desserts and maybe make some kale chips here and there, I wouldn’t.

By all means, go ahead and make every single dessert that I have made that I’ve put into my dehydrator, but just put it in your oven on the lowest setting.  Yours will be done in 20 mins, mine will be done in 7 hours.  Macaroons come to mind, as do Chocolate-Chocolate Chip Cookies.

The resulting texture & taste may be slightly different but don’t be scared off thinking you “need” a dehydrator…you don’t.  Gena wrote eloquently on kitchen goods, and her list is ordered by Must Haves at the top and descends to that which is Very Optional.  She ranks a dehydrator last, and so do I.  Spend your hard earned cash on a food processor first and foremost, that’s my parting thought.  A Vita is a nice but a used $20 Black & Decker Food Processor on CraigsList or Ebay is cool too.

Ok nuff ‘o the appliance talk.  What’s everyone’s thoughts about Halloween candy?  Not for kids, for adults.  For your tum-tum!  Do you indulge?  I was at Target and the shelves runneth over, already, with candy.  And if you are a vegan, do you partake in store-bought candy knowing the milk chocolate is dairy-laden?  Or are you not that strict of a vegan?  This is one of those situations I go back and forth on.  For me, it’s not the vegan part, or even the healthy factor part, but it’s knowing I am eating things I am allergic to if I partake and then I feel like crap…What do you all do?

Posted in: All Recipes, Cheesecake, Dessert