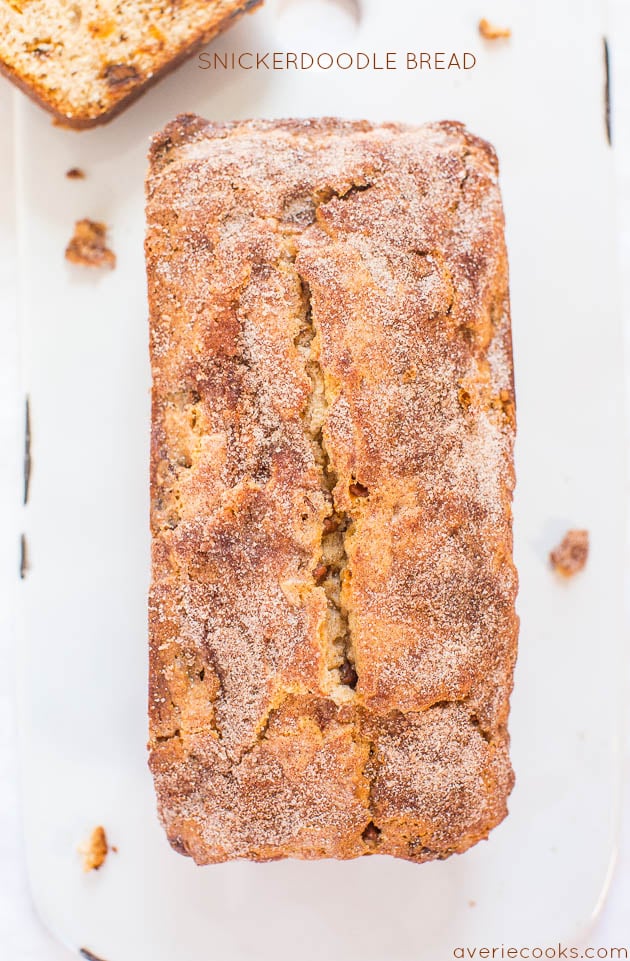 This bread is a spinoff of my Cinnamon-Sugar Crust Cinnamon Ribbon Bread, a reader and personal favorite. I kept the cinnamon-sugar top for an ever so slight crunch, but rather than making a layer of cinnamon-sugar that runs through the middle of the loaf like a ribbon, I added cinnamon chips. 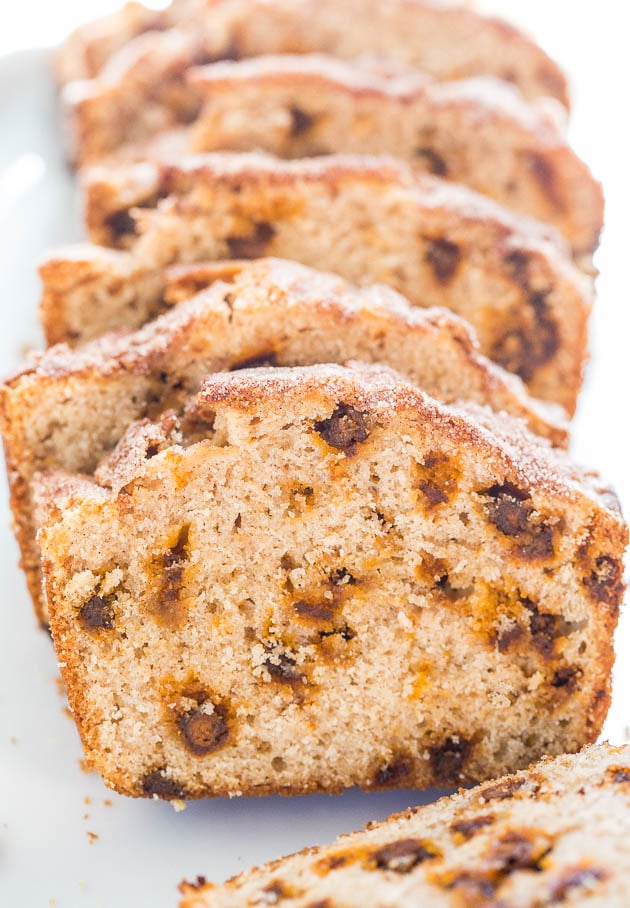 I created the subtle yet special tang that snickerdoodle cookies are known for by incorporating sour cream into the batter. It also helps keep the bread soft, fluffy, and moist.

Between the cinnamon-sugar on top, cinnamon in the batter, and the cinnamon chips, the bread is full of wonderful and prominent cinnamon flavor without being overpowering.

But the heavenly smell that permeates your entire house while it bakes will cause you to devour the first loaf and you’ll be onto the second loaf in no time.

If you could manage to save some, it would make incredible French toast. But we never got that far. 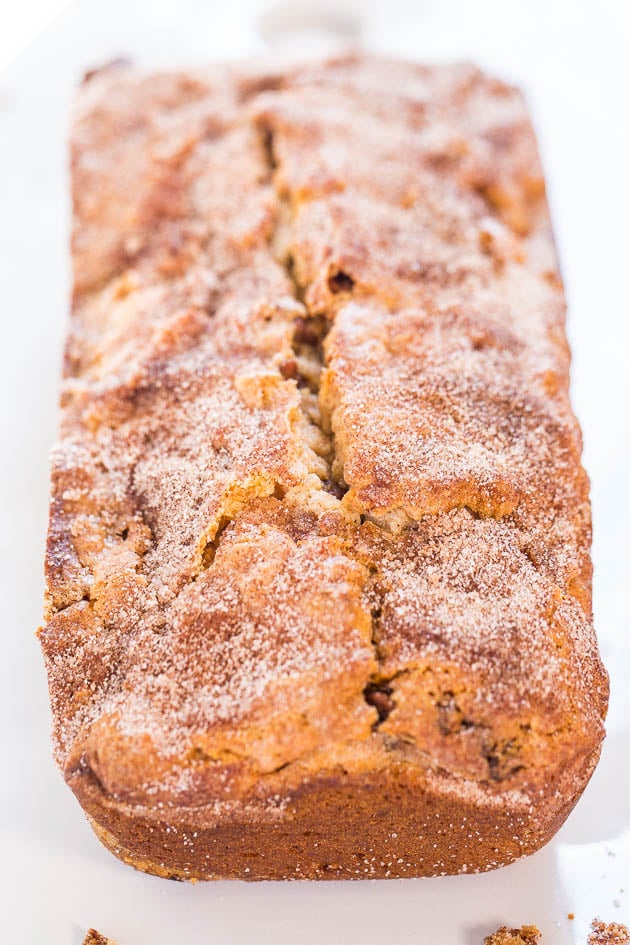 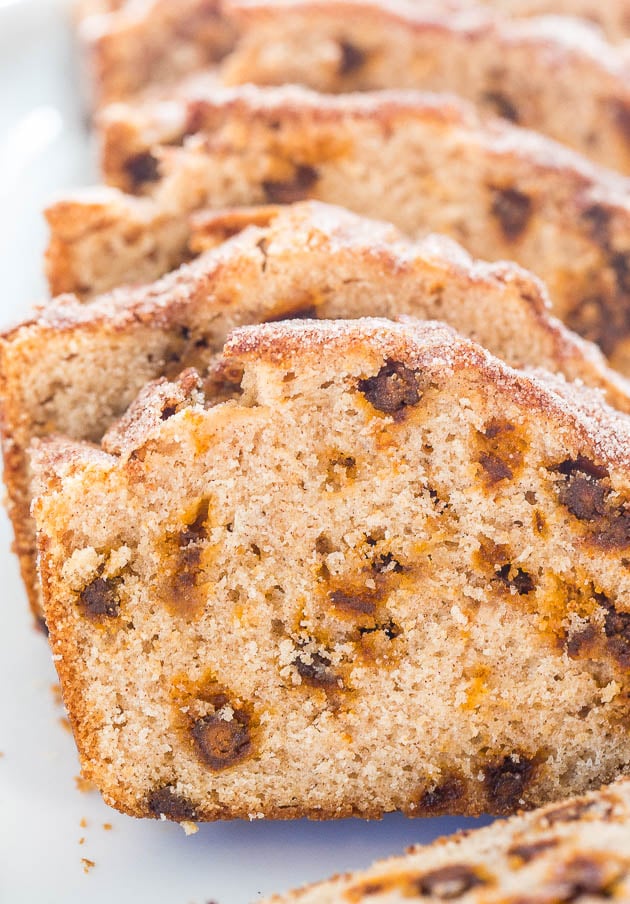 How to Make Snickerdoodle Bread

Cream together the butter, sugars, eggs, and vanilla. Then, mix in the sour cream, followed by the dry ingredients. Stir in cinnamon chips last.

Bake the cinnamon-sugar bread until a toothpick inserted in the center comes out clean or with a few moist crumbs, no batter. 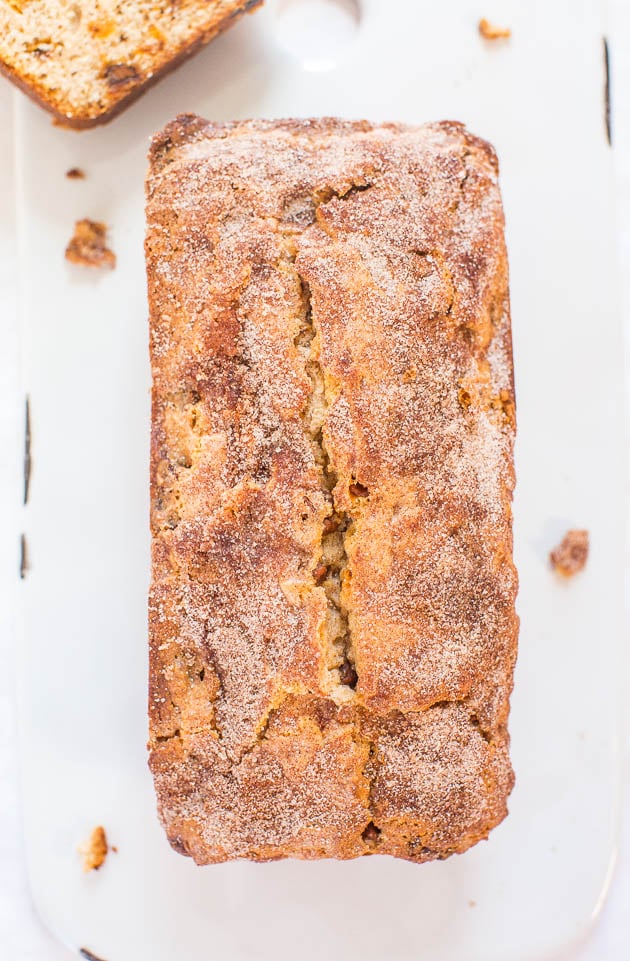 Where Can I Buy Cinnamon Baking Chips?

They can sometimes be tricky to find in grocery stores, although in the fall and the holiday baking season, you’ll have the best luck. Target and Walmart are usually good about stocking them. Or order from Hershey’s, King Arthur, or Amazon, use white chocolate chips, or omit.

Most likely, yes. Muffins typically take 18 to 24 minutes to bake, so use your best judgement.

You can likely bake this bread in a single 9×5-inch loaf pan, but I prefer using two 8×4-inch pans to ensure the middle gets cooked through all the way.

When inverting the bread from the pan, I recommend doing it over a paper towel so the cinnamon-sugar doesn’t make a mess.

Note that this cinnamon quick bread will keep airtight at room temperature for up to 1 week and in the freezer for up to 6 months.

Storage: Bread will keep airtight at room temp for up to 1 week and in the freezer for up to 6 months.

Cinnamon-Sugar Crust Cinnamon-Ribbon Bread — Even picky eaters who want the crust cut off will go nuts for this sweet, slightly crunchy crust. The interior is so soft & fluffy! 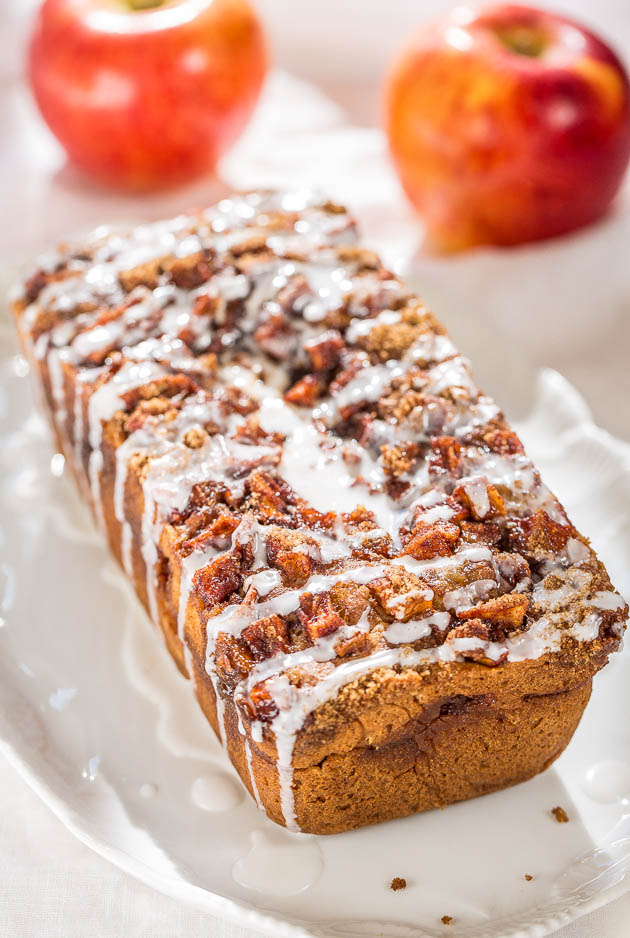 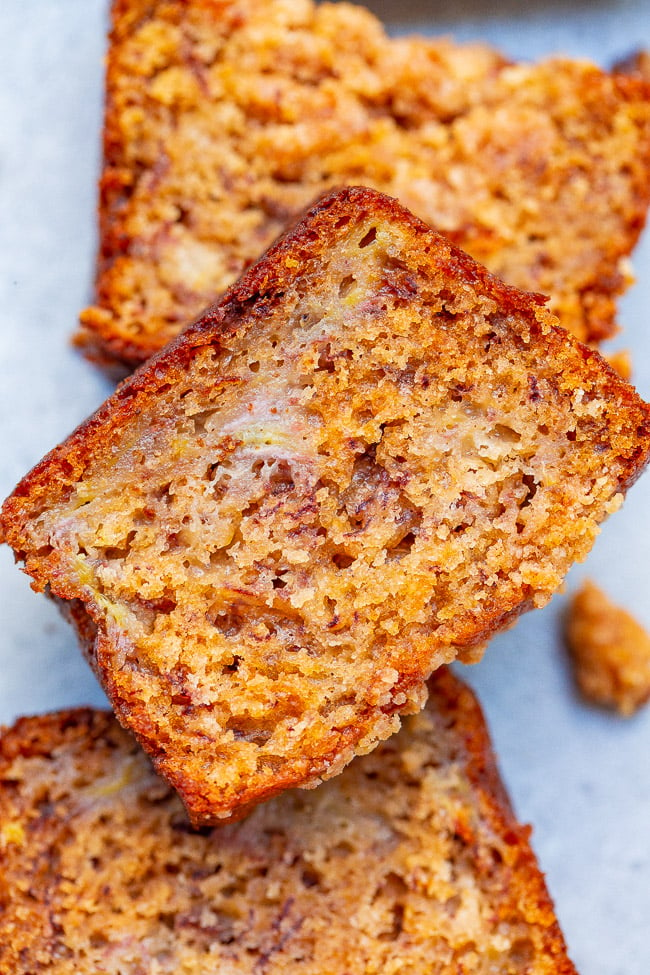 Applesauce Bread with Cinnamon Honey Butter— This applesauce bread is packed with fall flavors and comes together quickly. I serve mine with homemade honey butter, because why not? 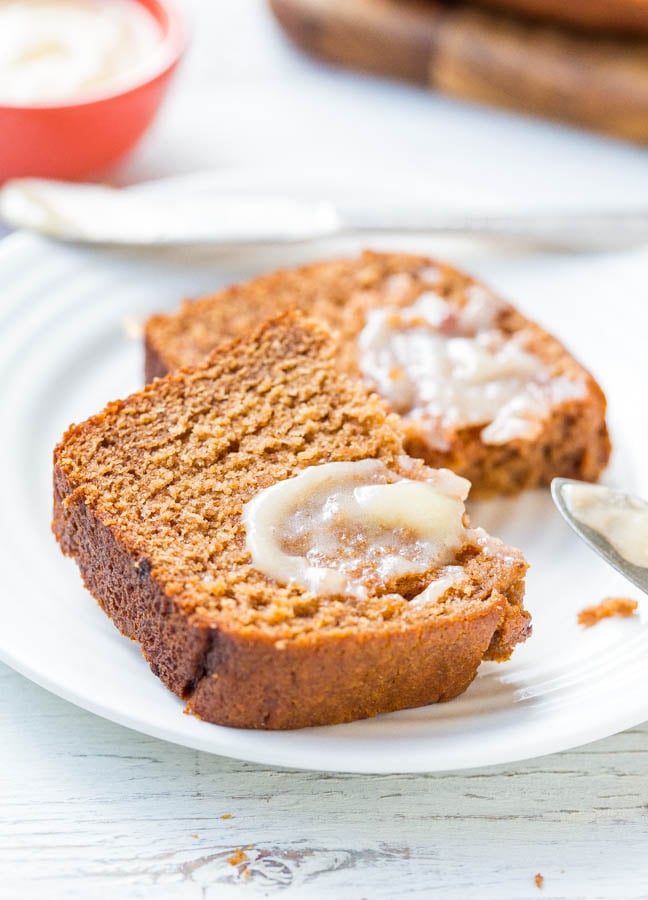 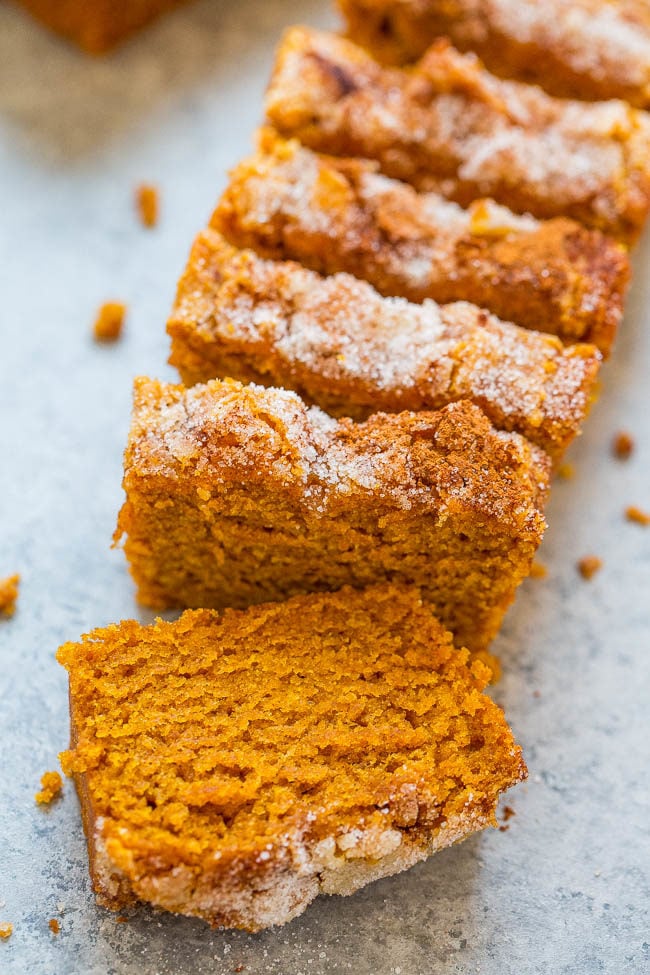 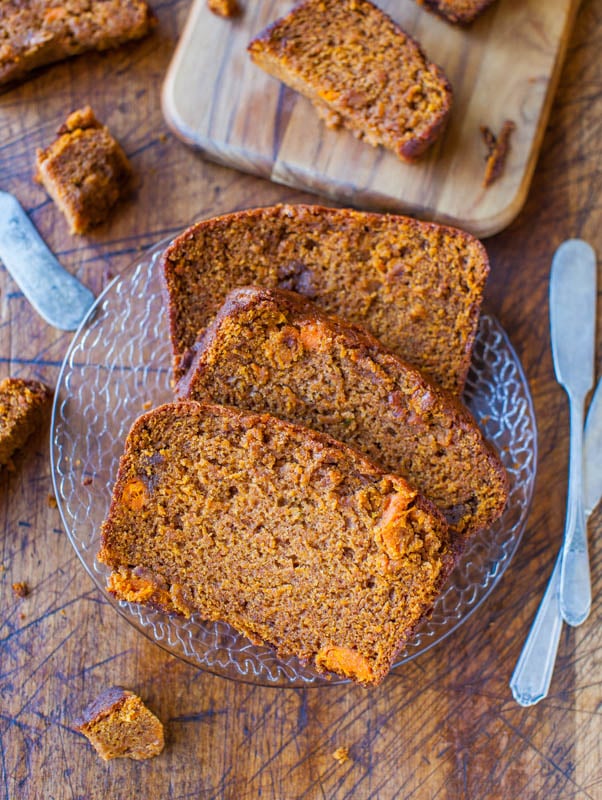 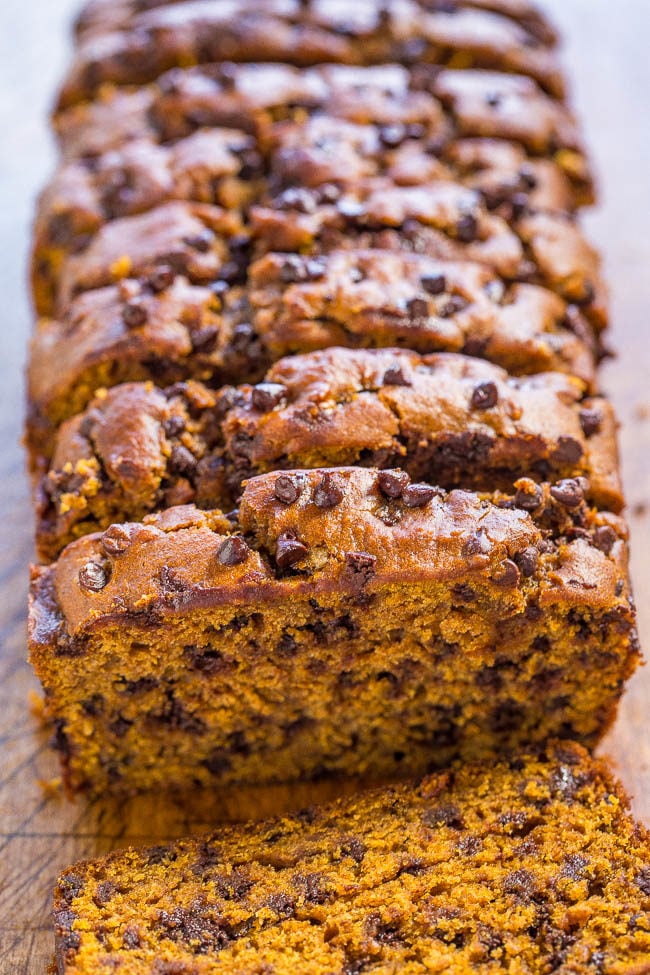