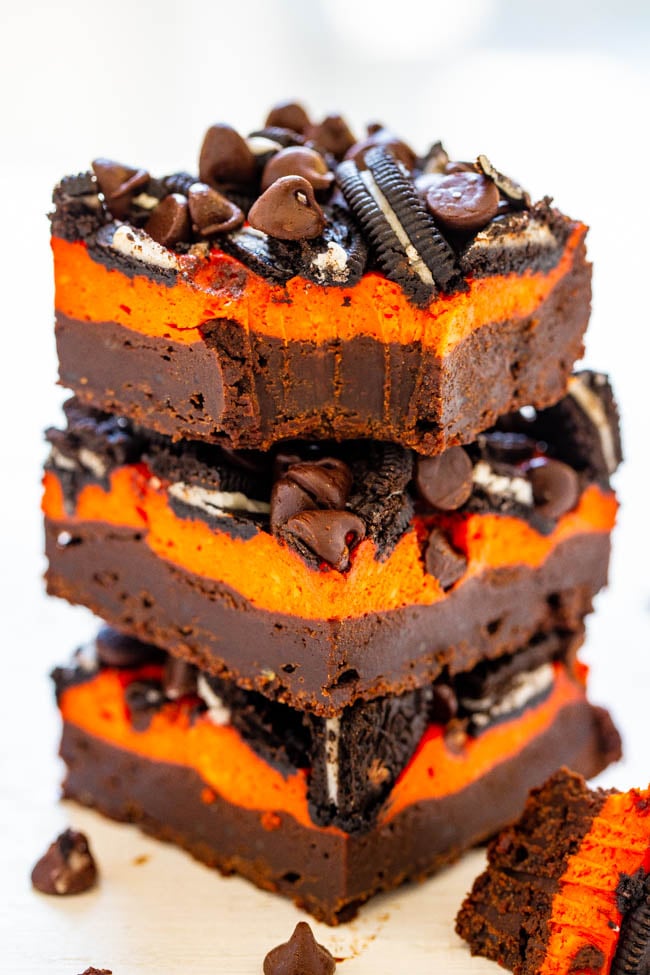 I used my favorite brownie base for these easy layered Halloween brownies that will put everyone into the Halloween spirit. It’s an easy, no-mixer cream cheese brownie recipe that’s as fast as using a boxed mix. It’s a brownie base I’ve fallen in love with because it’s easy, I don’t have to break out my mixer, and it always delivers amazing results. Many of the Related Recipes below use the same base.

First, you simply melt chocolate and butter together, add sugar, eggs, flour, and stir everything together.

Then, make the orange cream cheese layer with cream cheese, sugar, egg, and red and yellow food coloring. I used McCormick Assorted Food Color. My daughter was helping me make the brownies and she said it felt like we were doing an arts and crafts project and a cooking project all in one.

The recipe is adapted from these Loaded Oreo Cream Cheese Brownies but with a Halloween flair. These easy homemade brownies are so fudgy, there’s zero cakiness, and they are a dense and dark perfect complement to the sweet-yet-tangy cream cheese.

I recommend keeping and serving these Halloween brownies chilled. The chilled chocolate and the cream cheese are excellent together and so, so rich tasting. 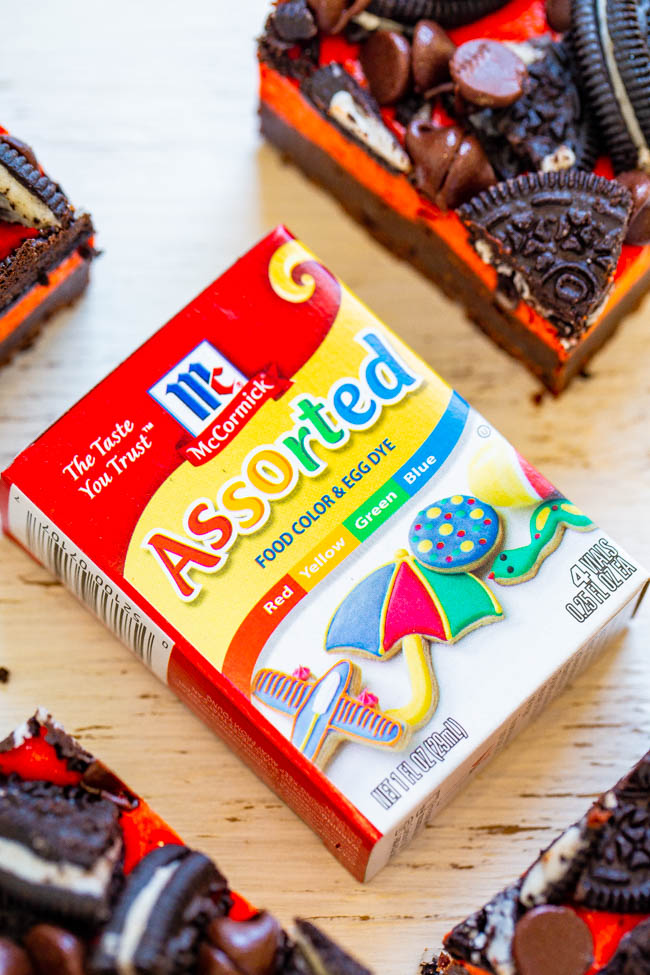 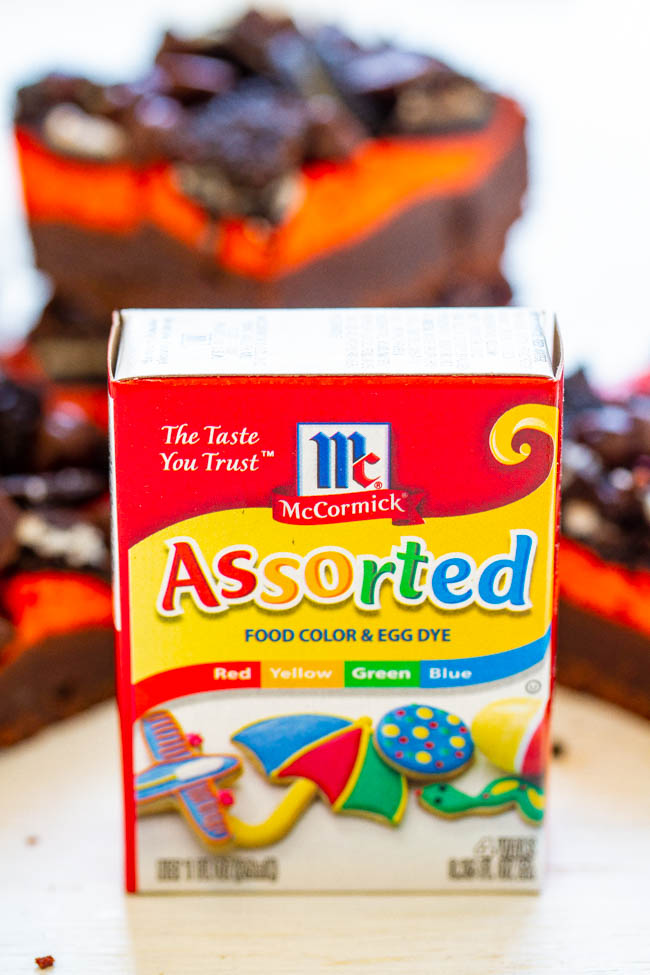 How to Make Halloween Brownies

These Halloween brownies are so simple to make, so don’t let their beautiful appearance fool you into thinking otherwise! To make the fudgy brownies themselves, you’ll need to first melt the butter and chocolate together, then stir in the remaining ingredients.

Turn the homemade brownie batter into a greased 8×8-inch pan and set aside while you make the cream cheese layer.

To prep the cream cheese layer, cream together all the ingredients until combined. Add in the red and yellow food coloring a little at a time until you achieve your desired shade of orange.

Spread the cream cheese mixture carefully over the brownie batter layer. Top with crushed sandwich cookies and chocolate chips, then bake until done.

Normally, I’d tell you to insert a toothpick into the center of the brownies to see if they’re done. But that test is tough here since you’ll likely poke the toothpick through soft cream cheese and melted chocolate chips. So just use your best judgement!

Want to know how I make these Halloween brownies? Watch the video!

What’s the Best Chocolate for Brownies?

I use 72% chocolate. The higher percentage the chocolate has, the darker it is, and also the less sweet it is. I would not go over 80% nor would I go under about 60% because for me that wouldn’t have enough dark chocolate richness.

You don’t absolutely have to use coffee and/or add the espresso granules to the recipe if you don’t want to but before you say no, know that you can’t taste the coffee and the brownies don’t taste like coffee.

When adding coffee or espresso to chocolate cakes or brownies, it simply brings out and heightens the chocolate flavor without leaving a coffee taste at all. 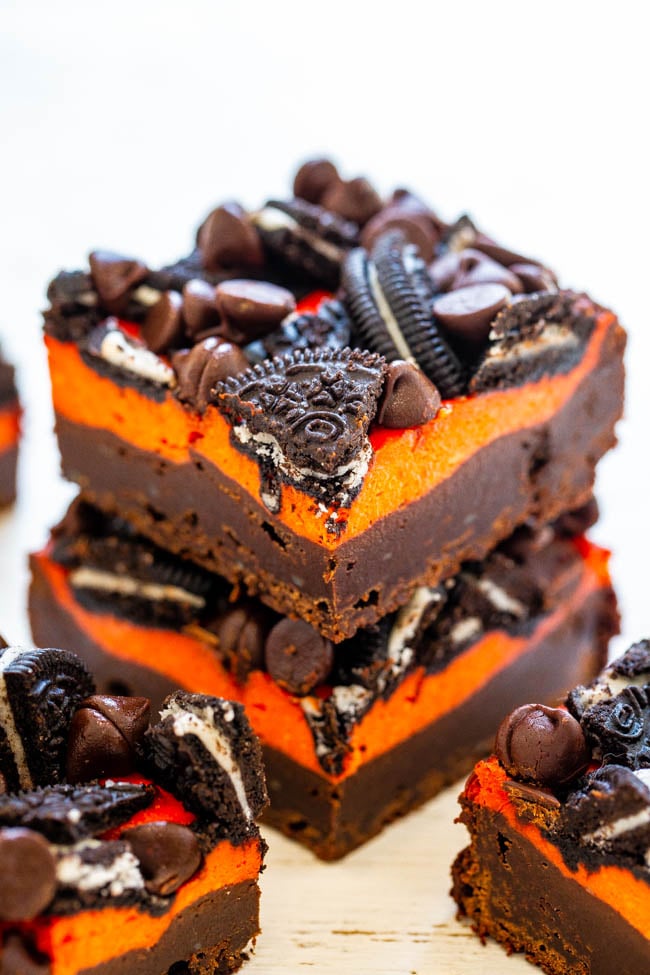 Can I Double This Easy Brownie Recipe?

Absolutely! To do so, simply double the ingredients and bake the Halloween brownies in a 9×13-inch pan. The baking time should remain roughly the same.

Can I Add Other Toppings?

But of course! Feel free to top your loaded cream cheese Halloween brownies with anything you’d like. Chopped up candy bars, chocolate chunks, pretzels, and more would taste delicious with these fudgy brownies. 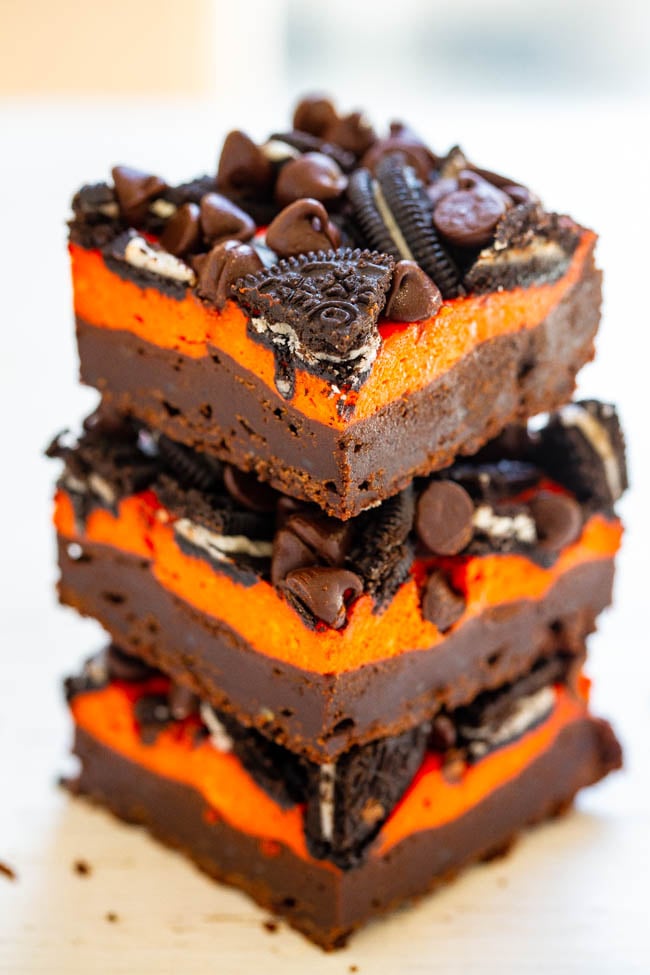 Depending on how large your McCormick Assorted Food Color drops are, you may need more or less drops than I used to achieve a nice Halloween-inspired orange color. I find their food coloring to be wonderfully intense and you can always add more, but you can’t un-do, so add slowly.

Red is ‘stronger’ than yellow so I recommend adding the yellow first to the cream cheese and then adding in the red, as needed, until the desired orange hue is reached.

I noticed that after baking, the orange deepened and took on more of a slightly more red hue, so keep than in mind when you’re mixing the food coloring into the cream cheese in the bowl before baking. I’d aim for more of a yellow-based orange than a red-based orange.

Brownies will keep airtight in the fridge for up to 1 week. They’re best served chilled.

The Best Pumpkin Cream Cheese-Filled Brownies – A layer of pumpkin cheesecake inside fudgy brownies! So delicious! 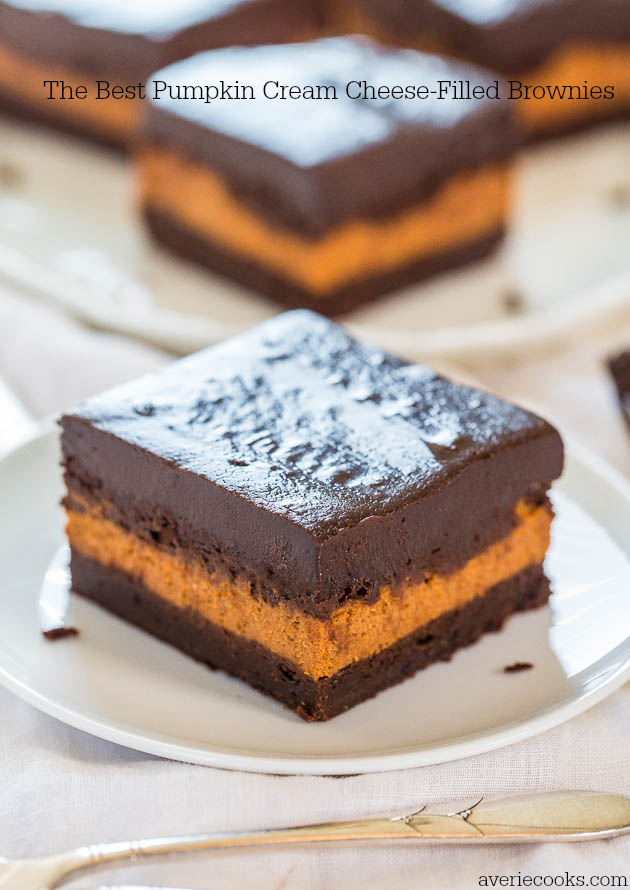 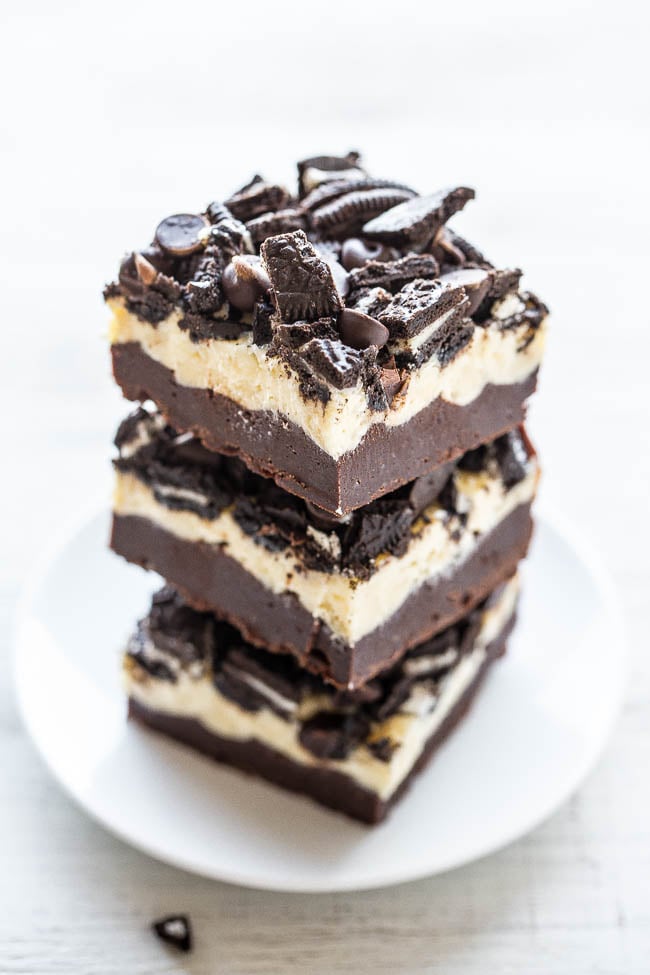 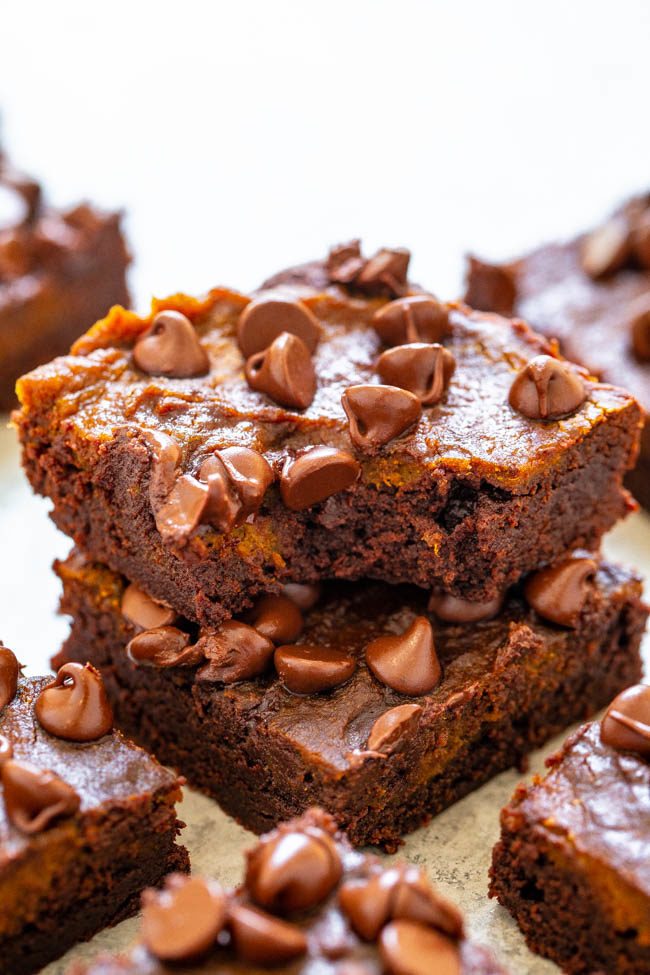 Post is brought to you by McCormick. The recipe, images, video, text, and opinions expressed are my own.