Apple Turnovers with Puff Pastry — These apple turnovers take just 15 minutes to prep and are filled with the most incredible cinnamon apple filling. These are the ultimate fall dessert! 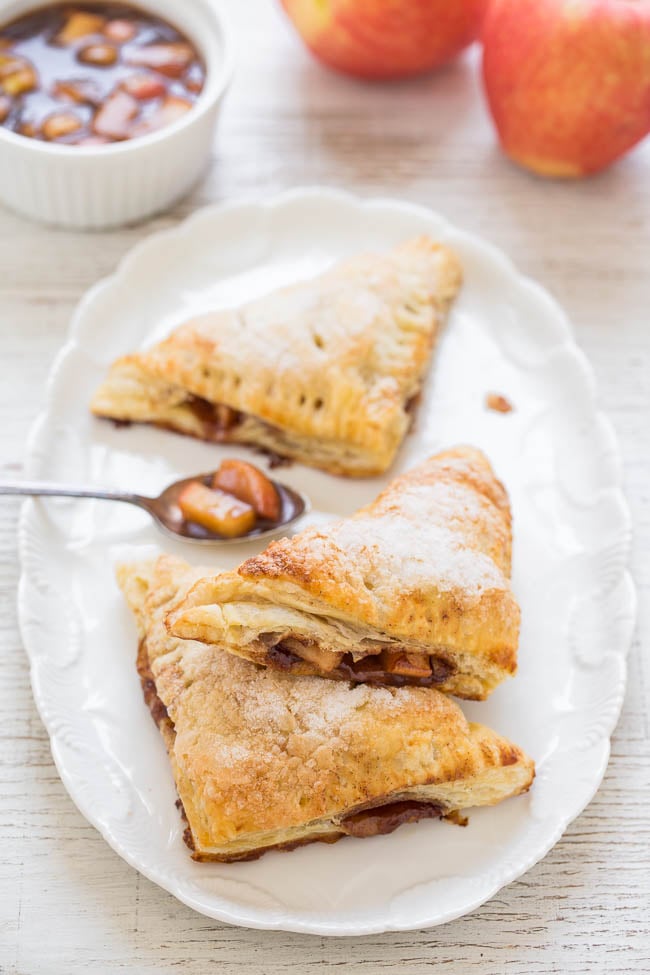 It’s apple season but lately I’ve noticed apple recipes being glossed over. One minute it’s watermelon and zucchini and seemingly overnight pumpkin recipes take over. And I’m guilty of doing it. Whoops. These easy turnovers give apples their proper place back in the fall spotlight.

These homeade apple turnovers are tender, flaky, and buttery with a caramel apple filling. They taste like they’re from a bakery but use one of my favorite kitchen shortcuts, puff pastry.

Simply boil apples, butter, brown sugar, and cinnamon together and that becomes the turnover filling. Add the filling to squares of thawed puff pastry, seal and crimp, add you’re nearly ready to bake off the turnovers. 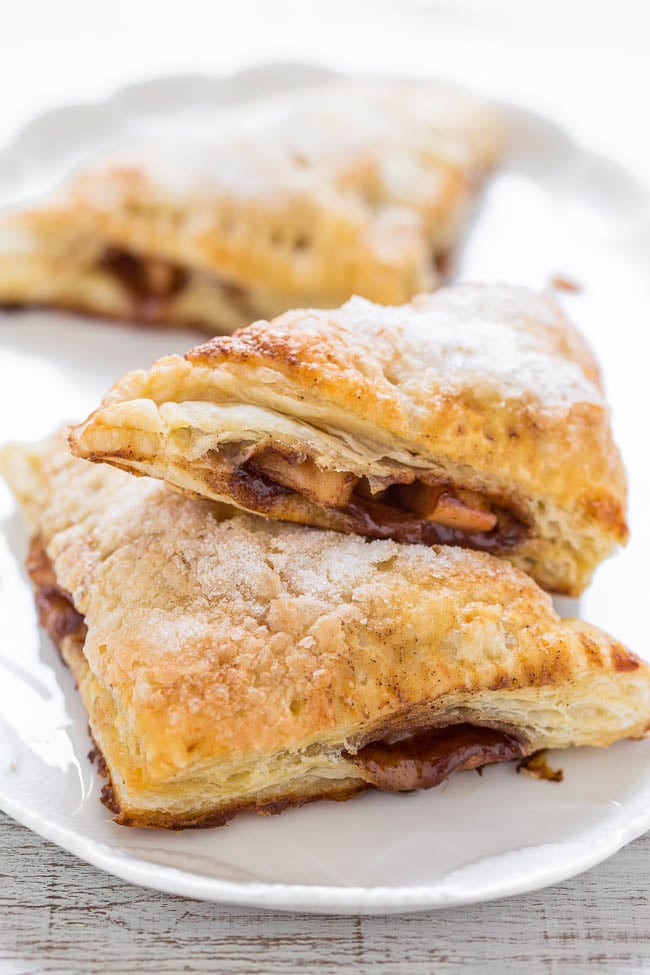 How to Make Apple Turnovers with Puff Pastry

Add the diced apples, cinnamon, cornstarch, butter, and brown sugar to a saucepan and bring to a boil. It’ll seem like a really dry filling at first, but as the apples cook down and release their juices it’ll become more jammy and loose.

Cut each large sheet of puff pastry into four squares, so you have eight squares in total. Divide the apple filling amongst the eight squares, then fold diagonally and crimp the edges with a fork. Brush the top of each apple turnover with an egg wash, then sprinkle with sugar.

Bake the apple turnovers until they’re golden on top. These are best right away, but they’ll keep at room temperature for up to four days.

What are the Best Apples for Turnovers?

You can use any apples you have on hand! I used Gala apples for this apple turnover recipe, but other good cooking apples include Granny Smith, Jonagold, and Crispin.

Can I Make These with Regular Pie Crust?

You probably could, but your apple turnovers won’t be as flaky and crisp on the outside. If you use regular pie crust for this recipe, please leave me a comment letting my know how it turned out!

I love cinnamon and I wanted to make sure these puff pastry apple turnovers were well flavored, so I used a tablespoon in the filling. Feel free to adjust the amount of cinnamon to your liking, and you can even add in other warming spices like nutmeg and ginger.

Note that you’ll likely have some really caramely, syrupy filling (and maybe a few apples) at the bottom of your saucepan and some of that caramely syrup is fine inside the turnovers, but don’t use too much because it has a tendency to leak out. It’s better saved and then drizzled over the baked, warm turnovers. So, so good.

I love these turnovers as is, but you could also serve them warm with a scoop of vanilla ice cream. I’ve seen some people add a glaze to the top as well, but I think these are sweet enough as it.

*You’ll likely have some really caramely, syrupy filling (and maybe a few apples) at the bottom of your saucepan and some of that caramely syrup is fine inside the turnovers, don’t use too much because it’ll have a tendency to leak out. It’s better saved and then drizzled over the baked, warm turnovers. 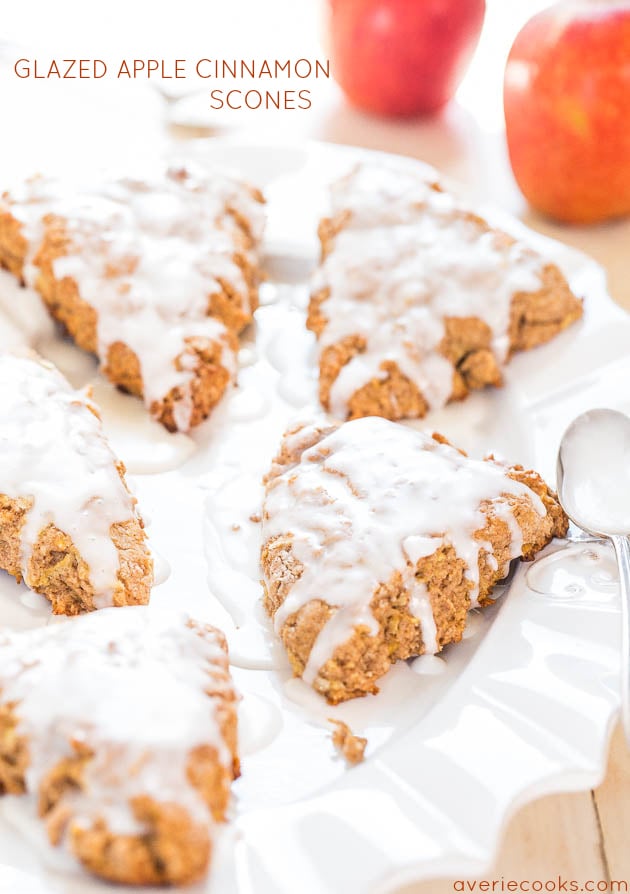 Caramel Apple Cinnamon Roll Bake — The soft and gooey factor of a CINNABON with apples and so much caramel sauce! Easy, ready in 30 minutes, and uses storebought cinnamon roll dough to save time! 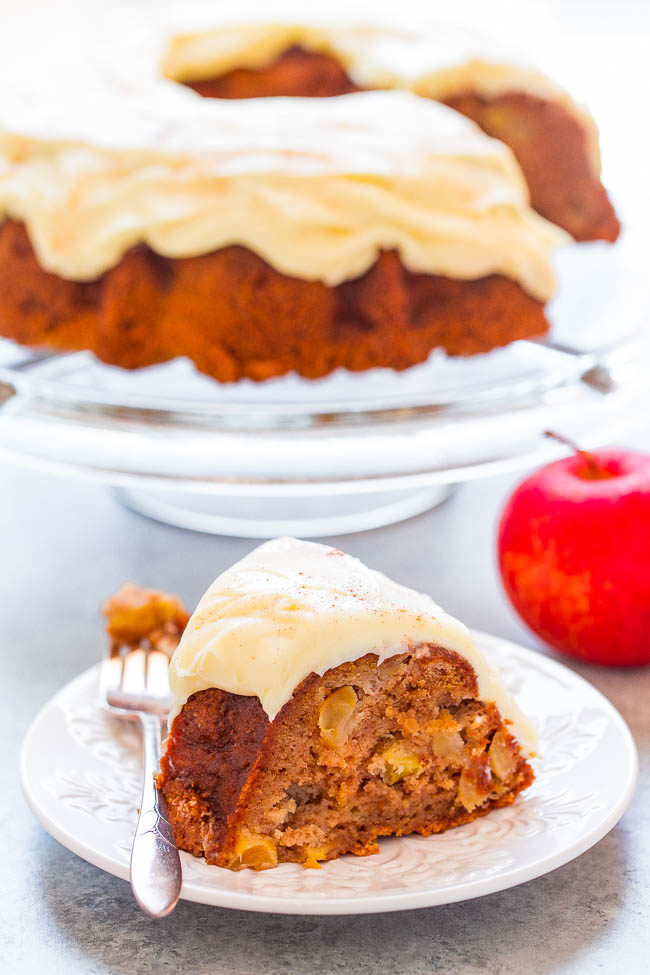 Carrot Apple Bread — This is carrot cake that’s been infused with apples and baked as a loaf. 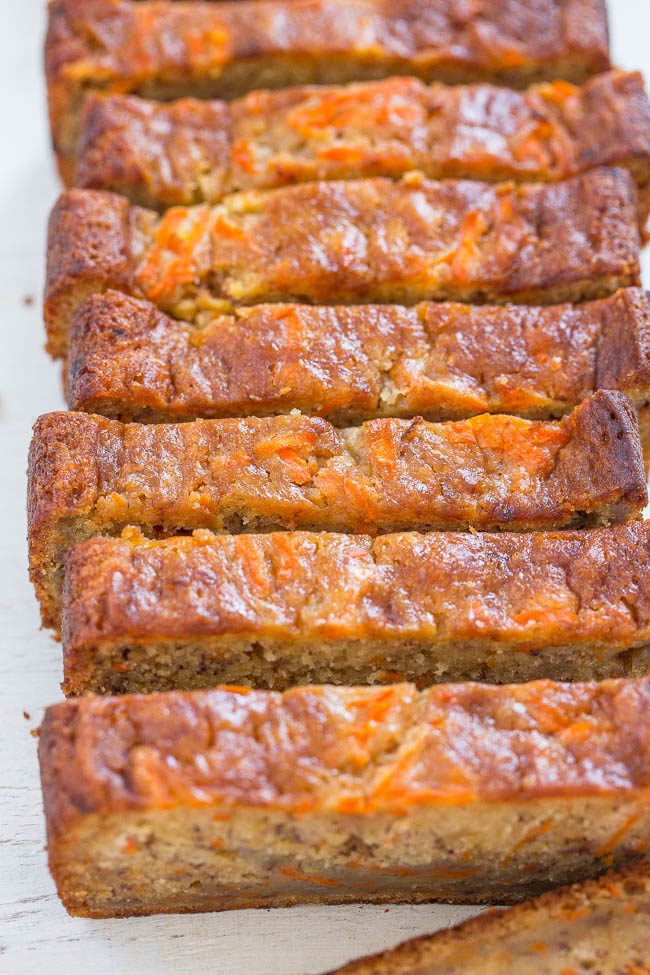 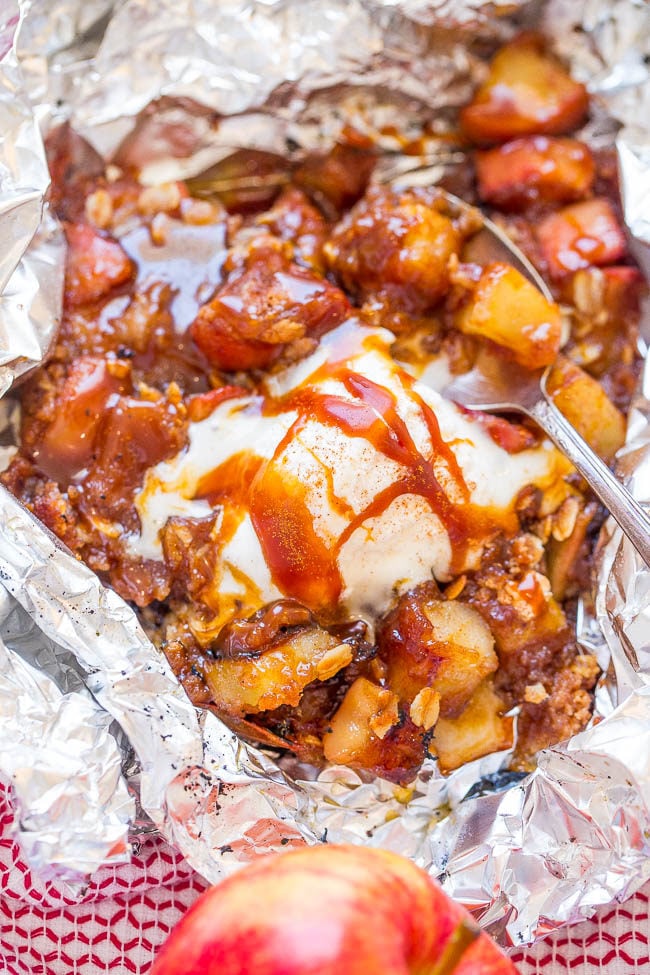