When I was at the farmers market last weekend I saw some awesome looking beets. 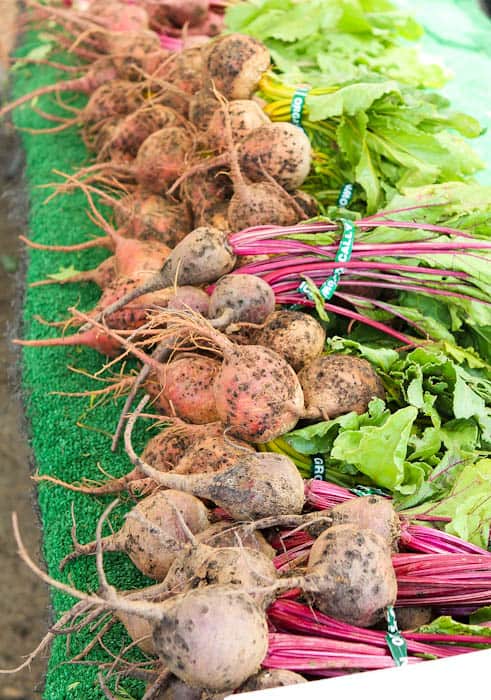 I had fun standing at the table and snapping pictures of beets.

I took all the pictures very fast. On the fly in less than 30 seconds because I haven’t lost all shame.  Plus, I didn’t want to “hog” the area from other shoppers in case they wanted to get rooty.

But aren’t these pretty?

Many of you told me when I posted about Beet Juice the other day that you had never tried beets, or only had tried canned beets and weren’t impressed.  Nor should you be.   Canned beets scare me.

It’s time to channel your inner beet lover and turn you all into beet fans with this recipe.

Peel 4 to 6 beets with a vegetable peeler (wear rubber gloves unless you enjoy the reddish pink cuticles and fingerprint look for a week).

Note: Some people roast their beets with the skin on.  I do not because I never feel like I can get beets clean enough and I’d rather peel them than eat dirt.  My personal preference, only.

Slice the beets into wedges about the size of an apple wedge.  Raw beets are very firm.  Much firmer than an apple.  More like a sweet potato so use a sharp knife and be careful.

Line a 9 x 13 pan with foil and place the beet wedges in the pan.  Don’t skip the foil.  Clean up will go from an epic chore to easy-peasy by using foil.

Drizzle with olive oil (about 2-3 tbsp) or if you like coconut oil, use that!  Hemp seed, grapeseed, canola, and other oils may work also.

Roast at 350F for 75 minutes (possibly a bit longer), flipping once halfway through.  It is a bit tedious to flip them over one-by-one but you will get a nicer carmelization on each edge and it will be worth it.  If the beets seem dry mid-way through cooking when you’re flipping them, add a bit more oil.

You will know the beets are done when they have carmelized, are a bit black-ish or dark around the edges, and are fork tender (like a cooked potato or cooked carrot).

Red hands though may be worth it because beets that have been roasted this way are so naturally sweet you think you’re eating candy.   In that sense, beets remind me of dates and my Date Recipes Post, i.e. Nature’s Candy, because of both of their natural sweetness.

Beets prepared this way are easy, fool-proof, and are similar texture-wise to a roasted a potato, turnip, or carrot (texture-wise) and are nothing like the strange, jiggly-ish, slimy texture of canned beets.  Shudder.

Still not convinced you want to try beets on their own?

Mix them into this Ginger Roasted Tri-Color Potatoes recipe and break yourself in slowly.  You’ll probably end up picking out the beets and eating them first because they are sweeter and blow potatoes away, in my opinion. 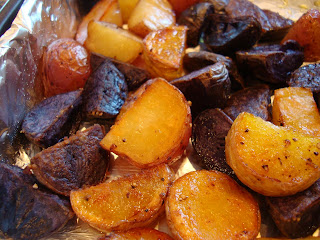 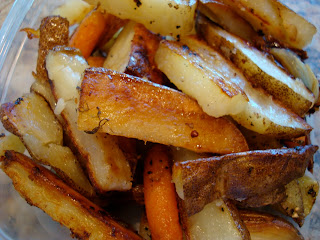 From my last post, Naturally Sweet, I like hearing what everyone’s been eating lately that’s sweet naturally.  Like pineapple and mulberries.   And lots of pineapple fans, too, apparently.

I asked that question recently, and some of you said yes you love them!

And other people said you haven’t tried them.

And others said you’ve only tried canned and were skeeved out.

I really think roasting is a great way to break yourself into beets if you haven’t had them much previously.

I prefer most vegetables raw rather than cooked (it’s a texture thing, mostly) but beets are one veggie that I prefer cooked.

I am “okay” with them raw and sliced thinly in a salad (thinly sliced raw beets, thinly sliced raw fennel, and dressed with a citrus vinaigrette like Orange Spice Vinaigrette is a common way to eat them) but I prefer their flavor when cooked and caramelized.

Not sure what we’re doing yet for Father’s Day.

I do have to work all weekend but there will still be time for family fun, some workouts, hopefully some time in the kitchen, and maybe a photography date with my camera.