You may have been living under a rock and never knew peanut flour existed. 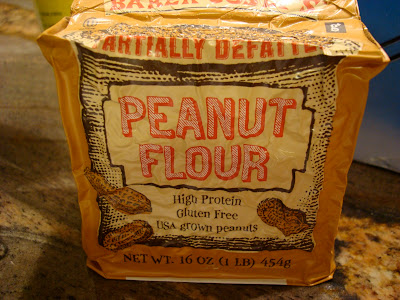 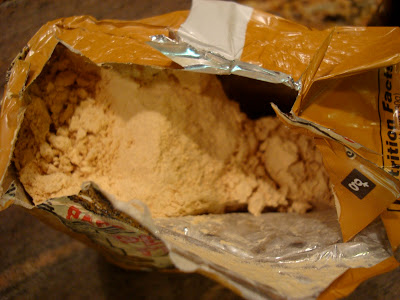 Or that it’s become a very hot commodity in the blogosphere the past few months. 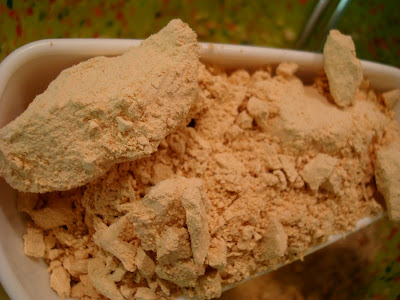 But if you want to make these cookies, you’d better make them now.

Of course, you can use other flours but the peanut flour worked especially nicely. If being gluten-free is important for your dietary needs, make sure you use flour from a gluten-free contract manufacturing company with quality certifications. 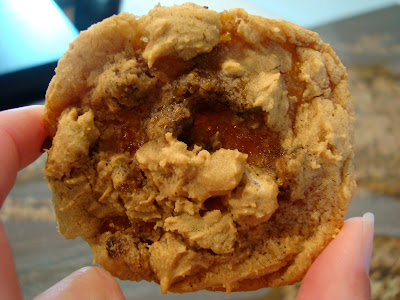 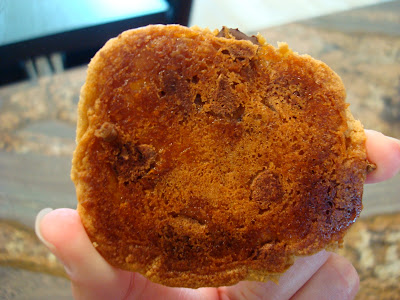 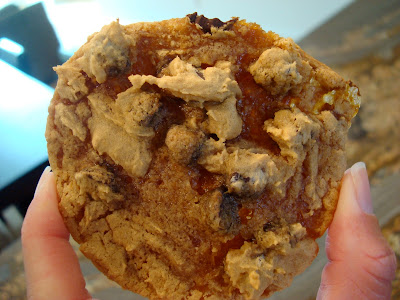 What’s the rush, you ask?

Well, apparently TJ’s is discontinuing carrying peanut flour due to low sales.   You’d think the blogosphere was single-handedly keeping sales up. Julie, Deb, and Gabriela I know were at least helping keep 4th quarter sales up.

I’ve heard that TJ’s is bringing in a gluten free flour, instead. It seems that more people want GF flour than Peanut flour.

A few months ago I wrote a post about why TJ’s is successful, what products of theirs are private labeled especially for them, and various other TJ’s Trivia if you care to read it.  You may be surprised to learn that Stacy’s Pita Chips and TJ’s in-house brand are one in the same.

Disclaimer: The information I have is word of mouth from TJ’s employees and from various other blog posts I have read.  I have searched the internet for written “proof” but nothing comes up.  Then again, would discontinuing peanut flour really make front page google news to people other than bloggers?

What else do I make with Peanut Flour?

Not the prettiest food, but they taste heavenly 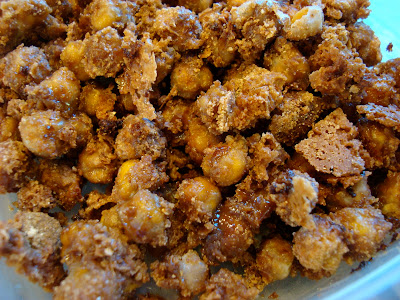 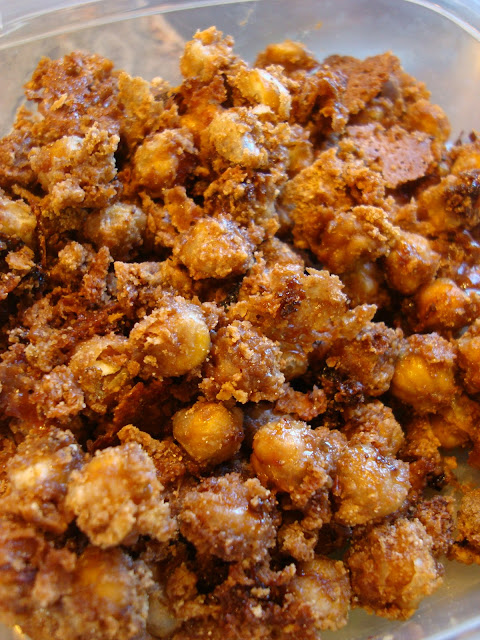 Those are cinnamon + sugar + peanut flour little “nuts” and boy, they are addictive! 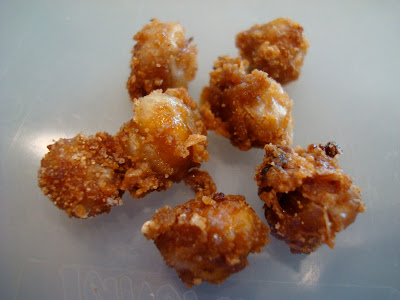 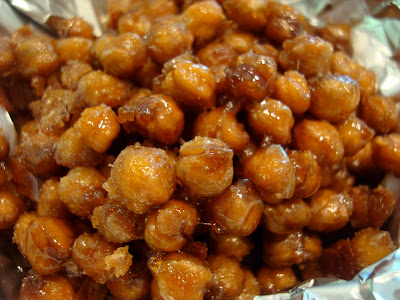 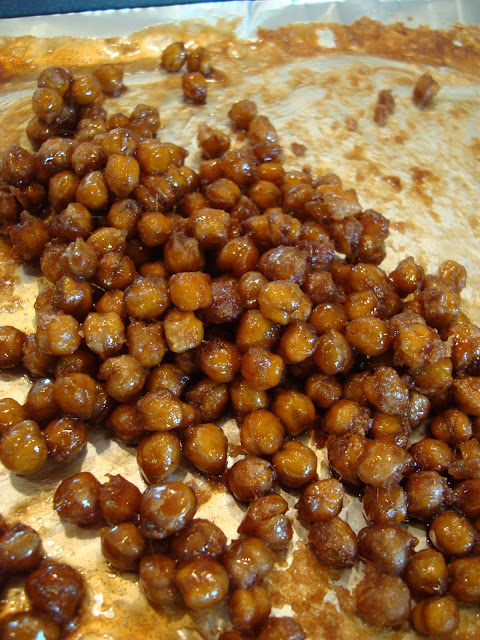 But if you aren’t a fan of peanut flour, or never even had the chance to try it, but still have a soft spot in your heart for peanut butter, try making a Microwave Chocolate Peanut Butter & Oat Snack Bar 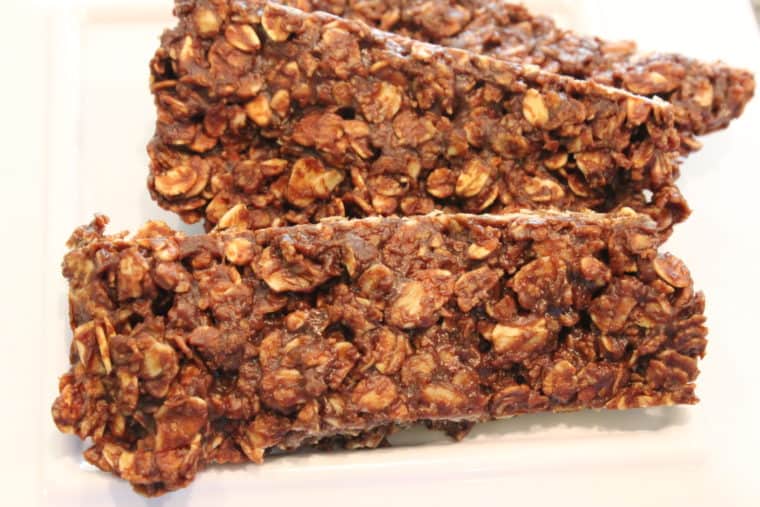 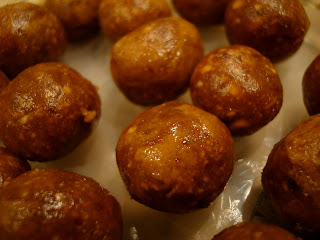 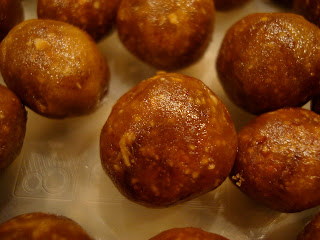 From my last post about Target Finds and Smoothie Helpers, it was fun to hear what you put in your cart at Target.

And what you like, or don’t like, to put into your smoothies and your views on smoothie “optimizers” or additional powders or helpers.  Many of you say you have tried Vega products and are fans of them.

Oh, and quite a few people thought that the Vega samples I mentioned were a Target find.  No. I went to Target, came home, and found Vega samples waiting for me in the mail.  Just wanted to clear that up so no one runs out to Target thinking they are going to score Vega at their local Tar-jay.

1. Have you tried peanut flour?  Thoughts if you did?

Yes, I have (obviously) tried it and I like it but I will be honest, too much peanut flour (or too many beans) and my GI system don’t always get along super well.

So although I love the taste of peanut flour, my tummy doesn’t always love it.  A little is fine but I could never make “peanut flour paste” that I saw so many bloggers make and use without major GI upheaval.

2. Will you miss peanut flour if you are a fan?

There are online sites that sell peanut flour, and there is also PB2, but based on price and convenience, TJ’s is much better for me on all fronts.

I will miss it, of course, but since I wasn’t as much of a fan as some people, I’ll live.

3. Foods you’ve Seen in the Sphere that you’ve been inspired to try, for better or for worse?

Not a comprehensive list but some of my favorites include…

And now, I can’t imagine my life without those things.

Things I’ve tried because of the sphere but still don’t really love include Hemp Protein, Dulse Flakes, and I don’t know, I’m drawing a blank.

The power of blogs is remarkable.  What have you tried because of blogs or anything new you’re tried lately? Did you like it?

Have a great Hump Day!